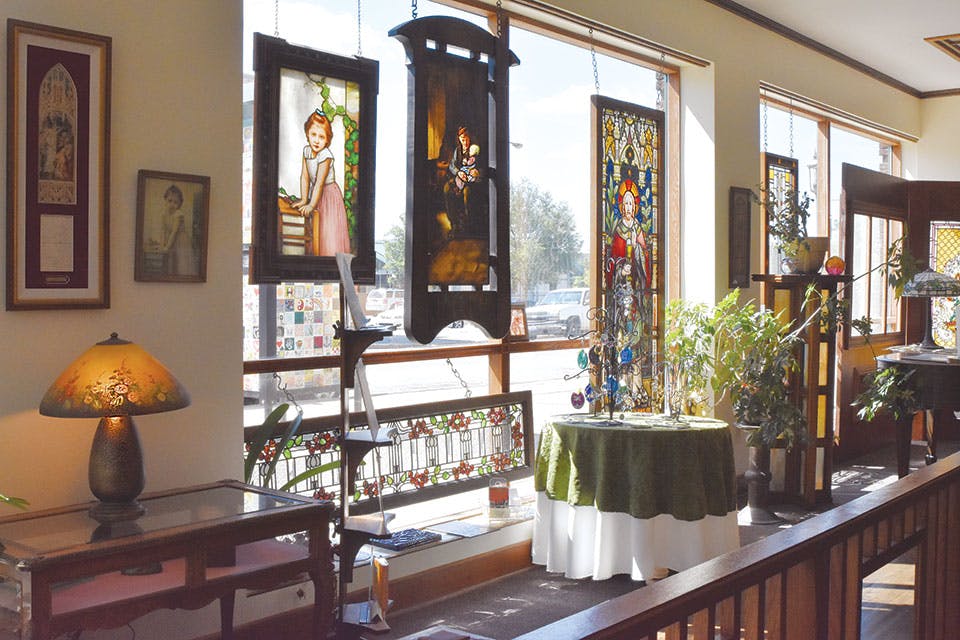 Jay and Linda Moorman are preserving the timeless art form the business was founded on more than a century ago (and you can stop by to visit).

A kaleidoscope of stained-glass textures and colors, BeauVerre Riordan Stained Glass Studios in Middletown is true to its name. Since 1983, Jay and Linda Moorman and their team of 10 artists, builders and installers have crafted elegant stained-glass art, ranging from restored Tiffany windows for churches in southwest Ohio to custom-designed pieces for private homeowners.

“BeauVerre means ‘beautiful glass’ [in French],” Linda Moorman explains, “and we’re proud of the long tradition we are continuing in the studio.”

The couple’s foray into stained glass began as a hobby. When they moved into their home, they wanted stained-glass windows to complement the antiques they enjoyed collecting. Since the price of original panes was out of reach, Jay, a tool-and-die cutter, decided to learn how to make the windows himself.

The couple honed their craft, and in 2002 bought the historic Riordan Studios, based in Cincinnati. Founded as Coulter and Finagin’s in 1838, the firm was eventually named for one-time owner Gerald C. Riordan, an Irish immigrant and expert craftsman.

“It was such an important name to keep because it has all the history with it,” says Moorman, adding that their business is documented as the oldest continuously operating stained-glass studio in the United States.

Stained-glass windows typically need repair after a century of use. The proliferation of 100-plus-year-old churches in northern Kentucky and Cincinnati, combined with new commissioned pieces, means the studio is always busy.

“There are several components to creating a beautiful piece,” Moorman says. “You have the skill involved in doing [preliminary] drawings and the art of shaping and painting it. Not all studios actually do the staining as we do. That requires a lot more equipment and the skill level goes way up.”

BeauVerre Riordan also offers classes for hobbyists and operates a restaurant and event space called Murphy’s Landing, featuring a custom-built bar with stained-glass detailing made from the frame of a pipe organ. A small museum, open by appointment only, displays historic photographs and other artifacts related to the studio’s history.

“Everybody who works for us absolutely loves what they do,” Moorman says, “and they want to share the beauty of glass with other people.”