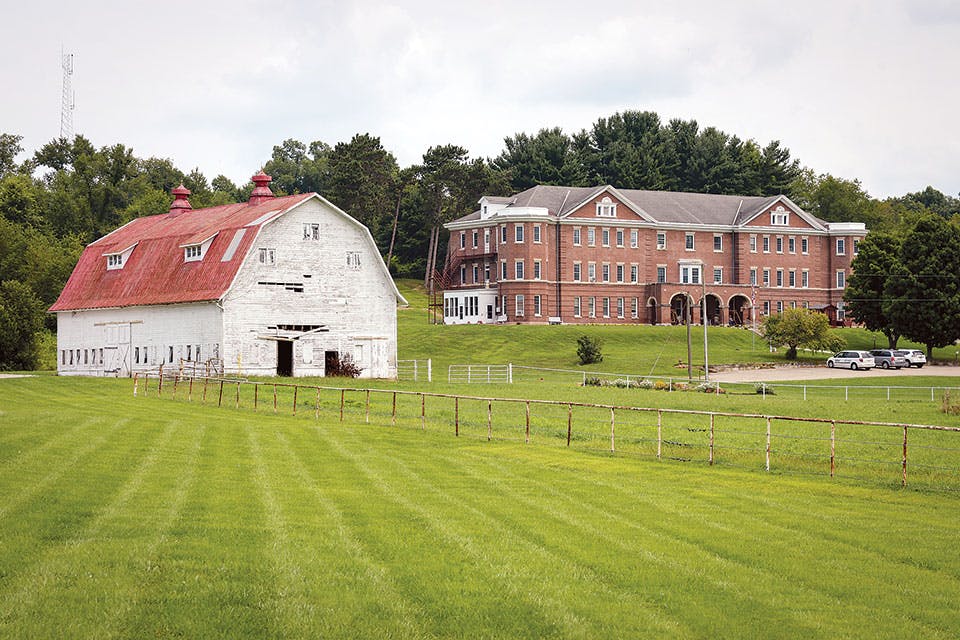 Before there were social-service agencies to assist people in need, Ohio legislators banded together to help residents who were unable to care for themselves. Each of the state’s 88 counties established a “poor farm,” where people who were infirm or indigent could get the help they needed.

It’s a story Wood County Historical Center & Museum curator Holly A. Kirkendall is very familiar with: The center is located in the building that served as the county’s poor farm when it was built in 1869. To commemorate the building’s 150th anniversary, the center’s museum is presenting “For Comfort and Convenience: Public Charity in Ohio by Way of the Poor Farm.” On display through December 2020, the exhibition features historical documents as well as then-and-now photographs of the buildings that were poor farms from the mid-1800s until 1936, when public assistance started being disbursed through a variety of charitable organizations.

The Perry County Infirmary was one of 88 Ohio poor farms established in the 19th century, established in every county to provide housing for residents in need of public assistance.

Kirkendall explains that when colonists first created communities, local government officials were inspired by the British almshouse system, which the poor farms are modeled after.

“When counties could afford it, they’d purchase a farmhouse and a large tract of land,” she says. “Men handled outside tasks, including tilling the fields. Women worked inside cleaning and preparing meals. [The jobs] helped maintain your housing for the amount of time in which you lived there and would ease the burden on taxpayers. ”

Of the 88 poor farms that once existed across the state, only the Lake County History Center in Painesville and the Wood County Historical Center & Museum now serve as museums. Other facilities, including the Perry County Home built in 1902, are today used as nursing homes.

“As the 19th century came to a close, many of the people living in these buildings transitioned from able-bodied men and women to elderly people with physical or mental disabilities,” the curator explains.

While conducting research for the exhibition, Kirkendall was surprised to discover that Ohio served as a leader in institutional charity, and those involved genuinely cared about the well-being of those who relied on government relief.

“They wanted people to feel like these places were your home,” she says. “You had a vested interest in helping to maintain your home, and you should not feel ashamed if you have to live in county-provided housing.”