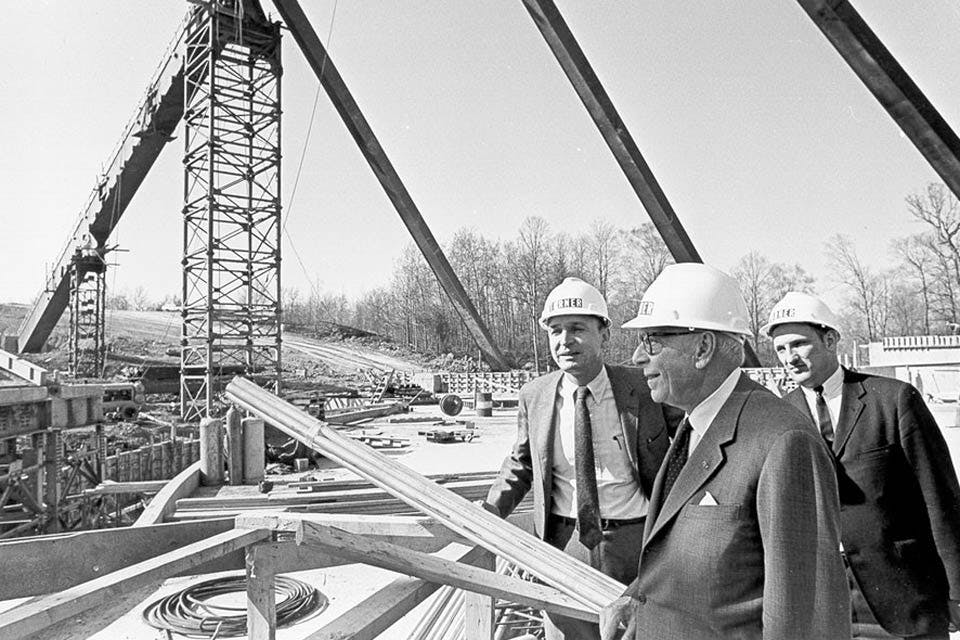 The architect discusses this summer’s 50th anniversary of one of his most beautiful creations: Blossom Music Center in Cuyahoga Falls.

During the summer of 1968, the hills of Cuyahoga Falls were alive with the sound of classical music. The opening of the $8 million Blossom Music Center provided a summer home and offseason employment for the Cleveland Orchestra in a venue specifically engineered for the music of Mozart, Beethoven and Wagner.

“It’s the best thing that ever happened to me,” the 89-year-old Peter van Dijk says of his design for Blossom, which is celebrating its 50th anniversary this summer. “To have a chance to do something like that was a career-making opportunity.”

But van Dijk’s legacy extends beyond Blossom. In 1961, he made his mark in Cleveland working on the 32-story Anthony Celebrezze Federal Building. Other projects included designs for Cleveland State University, Baldwin-Wallace University and Cain Park in Cleveland Heights. He was also at the forefront of the preservation and adaptive-reuse movement, most notably with Cleveland’s Playhouse Square.

We talked with van Dijk about Blossom, renowned Cleveland Orchestra conductor George Szell and the importance of architecture.

What were the biggest challenges in designing Blossom Music Center?
Acoustics. We looked at places like Tanglewood [in Massachusetts] and Ravinia  [in Illinois] and learned a lot of what not to do. Symphonic music was originally written to be played in cathedrals and palaces. The audiences got direct sound and reflective sound. That’s hard to do out in the open. Our acoustician, Christopher Jaffe, did a wonderful job with that.

What was your relationship like with legendary conductor George Szell?
When we finally finished our models, [assistant conductor] Louis [Lane] said “Let’s go show this to the maestro.” We went to the boardroom at Severance Hall, and I set up my stuff. We waited and waited. … All of a sudden, the door opens up and George walks right up to me and says, “Hello Mr. van Dijk. Nice to meet you” in Dutch. I’d get a call from him and we would drive out to the [Blossom] site in his limo, chatting like old friends.

What advice do you give to young architects?
Architecture is a wonderful, lifelong learning profession. It can be life enhancing for those you are working for. Our responsibilities as architects are to solve problems responsibly. Don’t try to do an egocentric building that is different just for the sake of being different.