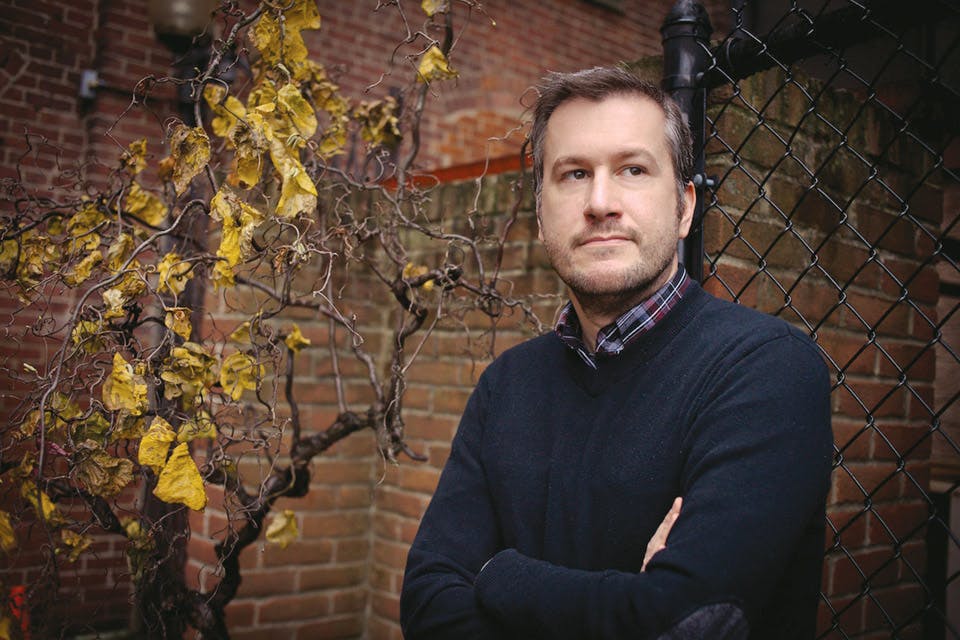 Renner is drawn to strange and mysterious crimes, and his newest book delves into one very unusual disappearance.

May 2016 Issue
BY Barry Goodrich | Photo by Gra Photography

May 2016 Issue
BY Barry Goodrich | Photo by Gra Photography

On the night of Feb. 9, 2004, University of Massachusetts nursing student Maura Murray disappeared after wrecking her car on a rural New Hampshire road. Seemingly vanishing into thin air before police responded to the scene, Murray remains missing to this day.

The strange story is the focus of Akron writer James Renner’s True Crime Addict: How I Lost Myself in the Mysterious Disappearance of Maura Murray, out May 24.

“There are times I wonder if I’m not a character in someone else’s horror novel,” quips the 38-year-old Renner, a former investigative journalist for Cleveland Scene. “As a journalist and a parent, I realize what a dangerous world we live in.”

Renner, who lives in Akron and is developing his first novel, The Man From Primrose Lane, for television, talks with us about Murray, his obsession with crime and his decades-long involvement with the Amy Mihaljevic case.

Why does the Maura Murray case remain such a hotly debated topic after 12 years?
There are a couple of things. It’s the first mystery of the social media age. Maura disappeared the same week Facebook was launched. It was really the first case people could debate on social media. And there are enough clues to lead you in any direction you want to go. There is evidence that supports everything from suicide to abduction to runaway. I feel she’s a runaway.

Why did you include your battles with post-traumatic stress disorder, which stemmed from a career of crime reporting, in this book?
It wasn’t premeditated, but I started to realize there was an interesting parallel going on. I’d go out and track down these dangerous, violent people and at the same time I was raising a son with violent tendencies, and I got into trouble for an outburst in a courtroom. Even though the book is about the Maura Murray case, it’s also very personal.

You’ve written extensively about Amy Mihaljevic, the young Bay Village girl whose body was found in an Ashland County wheat field in 1990. What is so compelling about her case?
We were both born in 1978, and when I saw her missing poster I kind of fell in love with her. If she had been in my class I would have been passing notes to her. My hobby was looking for her … a bizarre hobby for an 11-year-old boy. I’ve come to realize that bad things happen in the world and we’re left here to fend for ourselves.