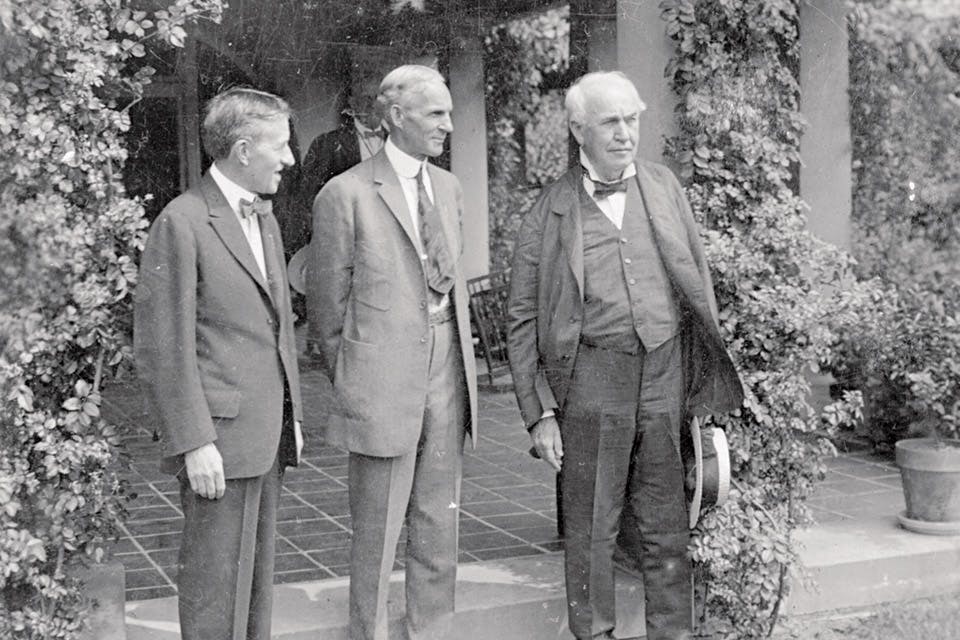 On Aug. 10, Harvey Firestone, Henry Ford and Thomas Edison met in Marion to pay tribute to their fallen friend.

While the funeral of President and Ohio native Warren G. Harding on Aug. 10, 1923, brought the expected mixture of cabinet officials and state legislators, three of the most iconic men of the industrial age also converged on the late president’s hometown of Marion. Harvey Firestone of the Firestone Tire and Rubber Co. and inventor Thomas Edison, both Ohio natives themselves, joined Henry Ford of Dearborn, Michigan, in paying their final respects to their fallen friend.

The Marion Daily Star, which Harding owned between 1884 and 1923, reported in its Aug. 11, 1923, edition that the trio of famous men stood amongst the “sea of sad faces, neighbors and friends from far and near who came to pay their last tribute.”

Just two years prior, the men had enjoyed a camping expedition together in Maryland with Harding. The Marysville Journal-Tribune reported in its Aug. 18, 1921, edition that the president joined the “famous trio in mountain camp where recreation renews the vigor of their minds.” During the expedition, the campers slept in individual tents, while “cares of state, financial worries and new inventions were dismissed from mind.” It was noted that Harding was able to enjoy some time in the saddle on Firestone’s favorite horse, and when the president was called back to Washington, D.C., to attend to official business, the other men continued their camping adventure.

On Aug. 10, 1923, they converged again in Marion for the funeral of their friend, who had died unexpectedly during a tour of the western United States. Also attending the funeral were new President Calvin Coolidge, Chief Justice and former President William Howard Taft, Secretary of State Charles Evans Hughes and Gen. John J. Pershing. The Marion Daily Star’s Aug. 11, 1923, edition reported that, after leaving the home of Harding’s elderly father at 2:02 p.m., the city’s “saddest and most historic funeral cortege was started on its slow journey.”

“As the cortege turned into the cemetery gate, the boom of a distant gun announced the start of the firing of the presidential salute of twenty-one guns for the nation’s dead leader,” the report continued, “and at its conclusion all was quiet again.”