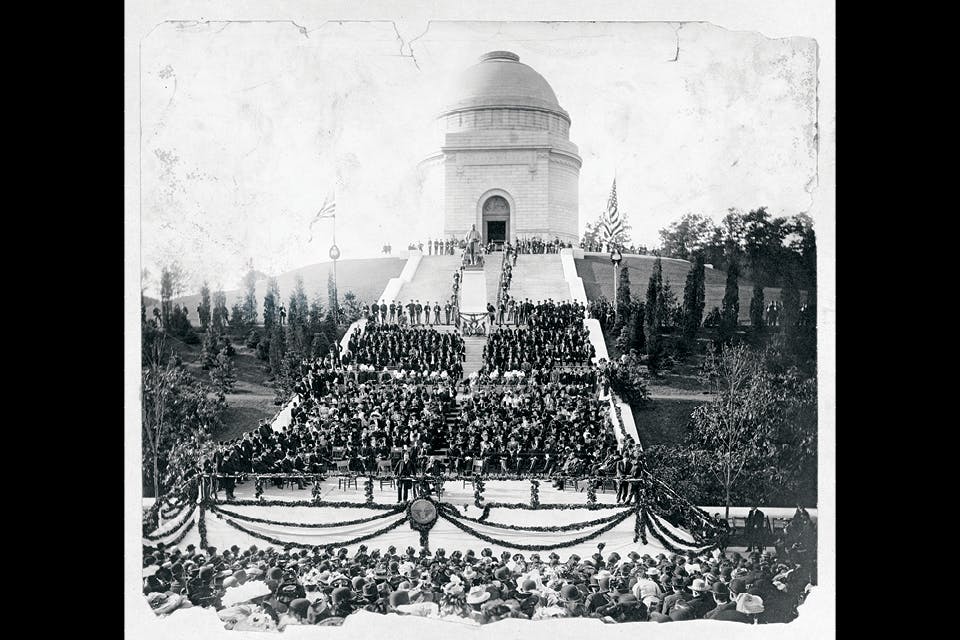 On Sept. 30, the 26th president of the United States traveled to Canton to dedicate the monument paying tribute to his predecessor.

Sept./Oct. 2020
BY Nathan Havenner | Photo courtesy of Library of Congress

Sept./Oct. 2020
BY Nathan Havenner | Photo courtesy of Library of Congress

Six years had passed since the assassination of Ohio’s own William McKinley, but his memory remained in the hearts of the more than 50,000 Americans who made the pilgrimage to Canton for the dedication of a lasting memorial to the late president.

The worrisome rain of the weekend made way for a clear blue Monday morning as President Theodore Roosevelt, McKinley’s former vice president, arrived in his predecessor’s longtime hometown by train at 10:15 a.m. on Sept. 30, 1907. The Akron Beacon Journal reported that the crowds greeting the president were so great that Roosevelt and his party had difficulty making their way to their awaiting carriages.

After a parade through Canton’s heavily guarded streets, Roosevelt and other dignitaries, including Supreme Court Justice William R. Day and Ohio Gov. Andrew Harris, enjoyed a luncheon before the formal dedication ceremony at Monument Hill.

“Everything was in readiness for the dedication ceremony this morning,” the newspaper reported. “Not a detail could be thought of that had not been attended to and anticipated by the community.”

Justice Day, who served as McKinley’s secretary of state, told those assembled at the base of the granite memorial that the work of the McKinley National Memorial Association could finally be presented to the public, which had donated generously to the project. The association had raised a total of $578,000 from more than a million contributors. Harold Van Buren Magonigle of New York was selected as the monument’s architect, while Charles Henry Niehaus, also of New York, created the accompanying sculpture of McKinley. The memorial would serve as the final resting place for President McKinley, his wife Ida, who had died earlier that year, and their two daughters, who died during infancy.

“Thousands of loving hands have joined to bring the little family together in this beautiful temple,” Day told the assembled crowd.

President Theodore Roosevelt stood before those in attendance — in front of the statue of McKinley looking down over the festivities — and spoke of the former president’s dedication to his wife, community and lifelong consideration of his fellow man.

“He rose to the foremost place among our statesmen, reaching a position that would satisfy the keenest ambition,” Roosevelt said, “but he never lost that simple and thoughtful kindness toward every human being, great or small, lofty or humble, with whom he was brought in contact, which so endeared him to our people.”