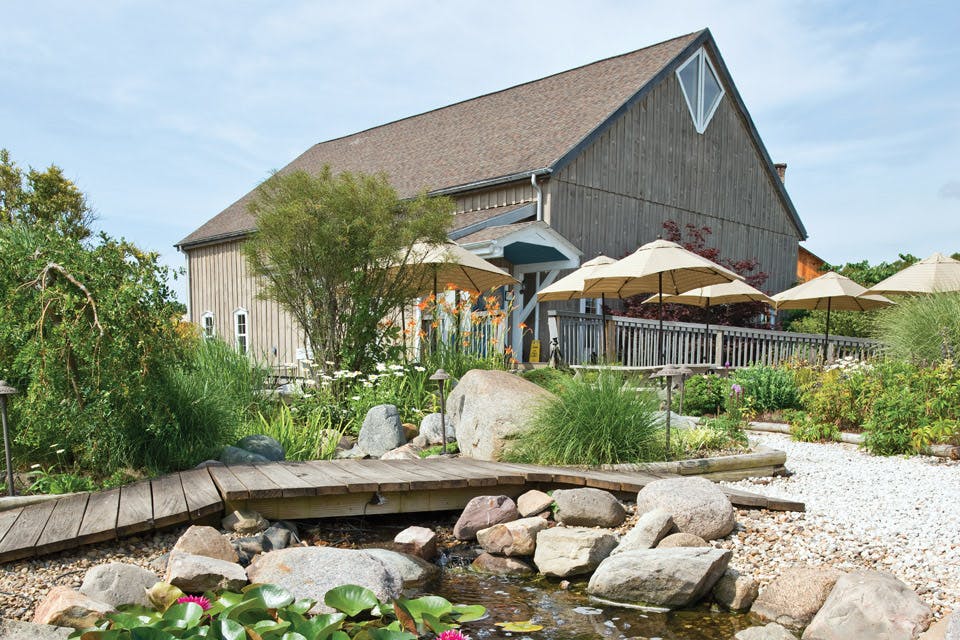 The summer drive to Sarah’s Vineyard includes a glimpse of Cuyahoga Valley National Park at the peak of its beauty. Those approaching from the west can opt to wind through the river valley, passing by lands that housed small working farms more than a century ago and do again, thanks to an initiative that is helping the area embrace its agricultural roots.

Sarah’s Vineyard sits on 15 acres on the edge of the valley, across the street from the entrance to Blossom Music Center, and offers views of the sprawling forest. The winery is housed in an 1854 barn that was moved to the site and completes the rural atmosphere that Mike and Margaret Lytz hoped to achieve when they starting planning their vineyard in 2001.

“Somehow I always knew I was going to have a winery someday,” says Mike. He first learned how to make wine with his grandfather and then carried the tradition into adulthood. He even saved scraps of wood with plans to build a walnut bar. “People would roll their eyes … say, ‘Yeah, sure.’”

But the story behind Sarah’s Vineyard is one that has been shaped by heartbreak. Guests visiting the main tasting room will notice an ornately framed photo of a young woman: Margaret Lytz’s daughter, Sarah.

As Mike reads the plaque under the portrait, the sound of held-back tears accumulates in his voice: “The vineyard is named after Margaret’s late daughter, Sarah, who died in a tragic car accident in 1998. The fields are cared for in her memory. We feel the name is a good fit for the land, for as seasons come and go, Sarah’s Vineyard will reshape the abandoned fields into the image of a countryside once lost — but not forgotten.”

He takes a moment and briefly sighs, “It’s a way of keeping her memory alive.” 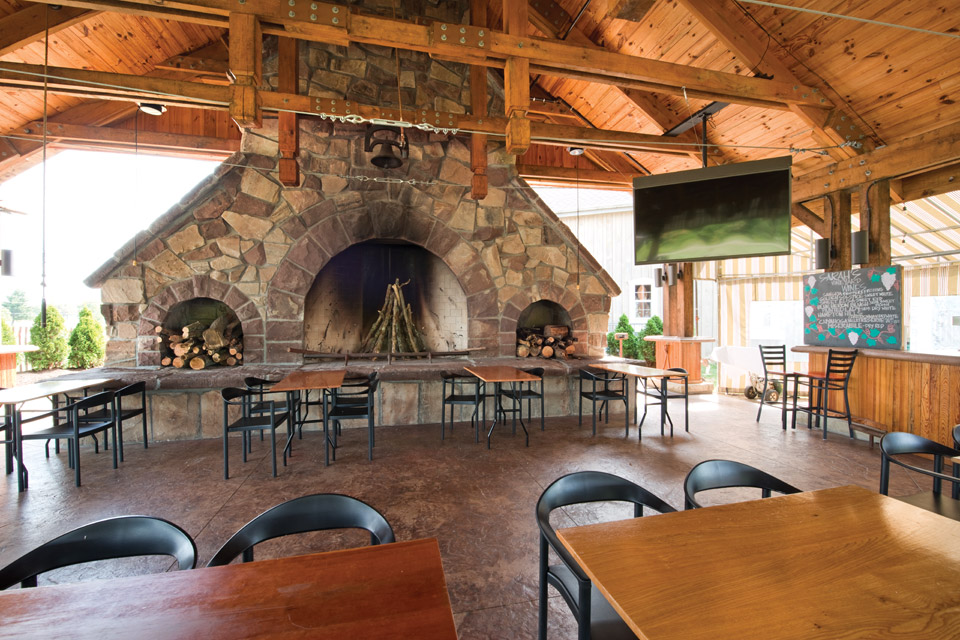 The patio and the garden at Sarah’s Vineyard provide an inviting place to unwind. The pavilion with a 32-foot fireplace (above) opened last year. (photo by Thom Sivo)

Mike, a retired schoolteacher and coach from Akron Public Schools, says he and Margaret had one big obstacle to making the winery a reality: getting the land. A schoolteacher’s salary doesn’t leave much room for large investments, but when he learned of a Cuyahoga Valley National Park initiative to bring agriculture back to the 33,000 acres between Cleveland and Akron, he jumped at the opportunity.

Considering the National Park Service prohibits alcohol, Mike knew a vineyard would be a long shot, but he made his proposal anyway. After a demanding application process, the grant was awarded on the third anniversary of Sarah’s death. In the years following, Mike and Margaret got to work developing the land, cultivating their crop and acquiring the necessary equipment before opening their winery in 2007.

Over the years, the Lytzes added a butterfly garden, a food menu stacked with appetizers, sandwiches and wood-fired pizzas, a Summer Solstice Festival, live entertainment every Wednesday during the winter and an art gallery. Last year also brought the addition of a large pavilion and a 32-foot outdoor fireplace.

As Mike names the vineyard’s six staple wines: Blue Heron, Golden Solstice, Sarah’s Secret, Miserabile, Cuyahoga Valley Reserve and Sweet Elisa, he notes that the latter — an estate-grown blush named after his daughter Elisa — is their best-seller. “It’s sweet but not too sweet,” he jokes. “I think a lot of parents can relate to that.”

Love abounds at Sarah’s Vineyard, from the meticulously tended vines to the art Margaret chooses for the walls. All serve as a tribute not just to Sarah but also to the power of connection. It’s one of the reasons general manager Sarah Altieri was drawn to the place.

“I remember seeing the line on the wall: ‘All because two people fell in love,’ ” she says before pausing for a moment. “It just stuck with me.”