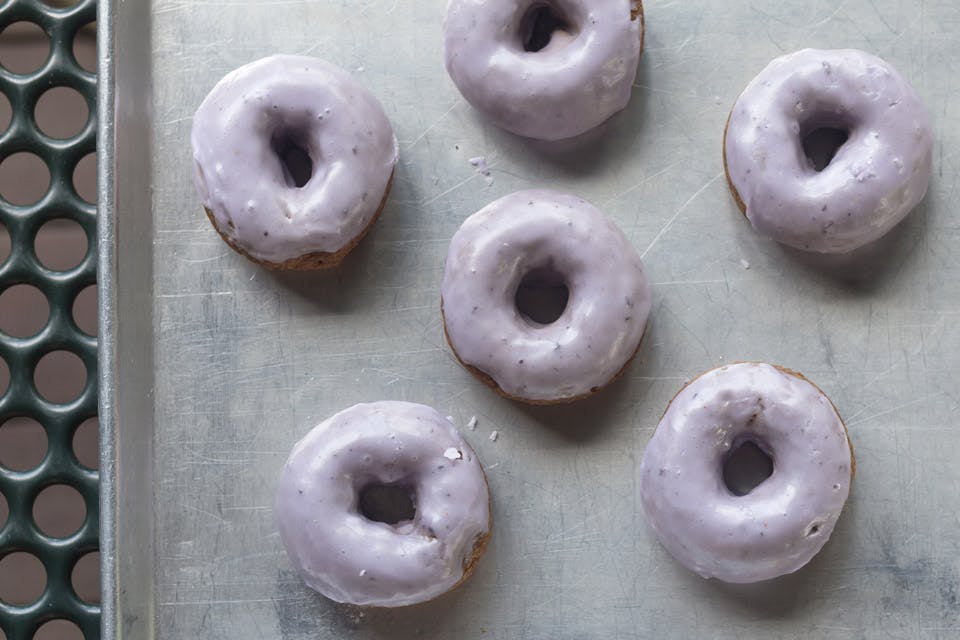 This Canfield farm market sold its blueberry doughnut for a decade with little fanfare. Then, sometime during the 1990s, things changed.

White House Fruit Farm in Canfield makes 40 different doughnut varieties every single day, but there is one flavor that draws travelers and locals alike: blueberry. Customers often wait in lines that stretch outside to pick some up, and the New York Giants even requested several dozen to enjoy before their Super Bowl win in 2012.

Debbie Pifer, co-owner of White House Fruit Farm, is as surprised as anyone about the flavor’s popularity, particularly because it wasn’t in high demand for many years after the farm market first started offering it.

“We did more plain-powdered and cinnamon varieties,” Pifer says. “We happened to spy some blueberry mix available and started the doughnut and, for the first 10 years, it did nothing. It was just a run-of-the-mill doughnut.”

But sometime during the early 1990s, Pifer says, the doughnut skyrocketed in popularity. Blueberry has become White House Fruit Farm’s most popular flavor. Sometimes, 300 or 400 are sold via orders before the market’s doors open. Although other shops sell blueberry doughnuts, the recipe for White House Fruit Farm’s version with light-purple icing is a closely guarded family secret.

“There are plenty of other varieties that we think are just as spectacular, but the blueberry doughnut takes on a life of its own,” Pifer says. “I think it is the color that draws people to it.” 9249 Youngstown-Salem Rd., Canfield 44406, 330/533-4161, whitehousefruitfarm.com