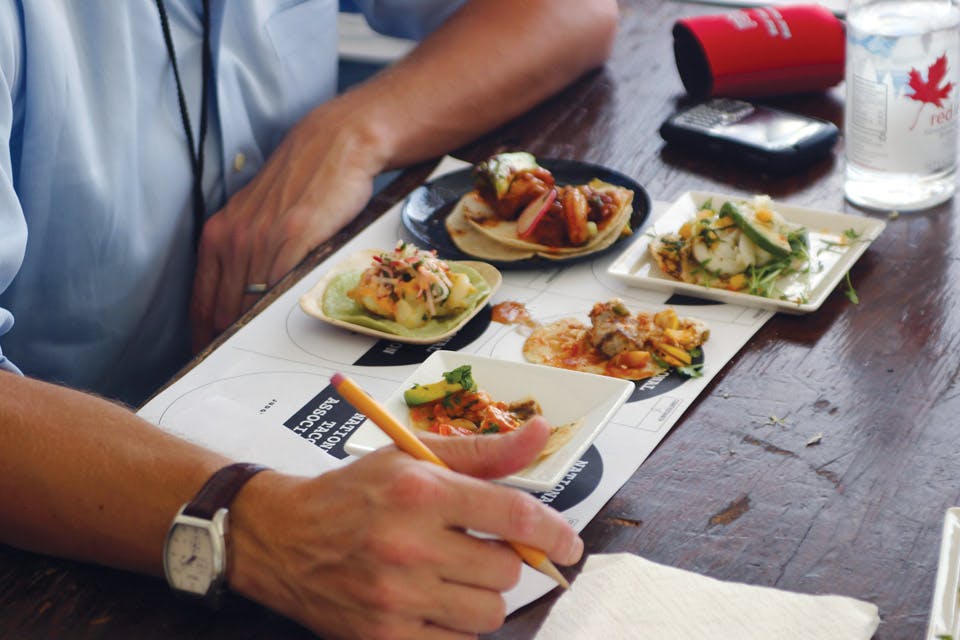 Enjoy $2 eats on the Cincinnati riverfront as restaurants vie for the title of top taco.

Few things say summer in Ohio quite like a food festival, but Buckeye State staples such as corn and cheese get most of the love. On July 8, the Queen City is spicing up the season’s lineup with the first-ever Cincinnati Taco Festival.

“Tacos are such a let-your-hair down, casual vibe kind of food,” says festival co-founder David Tyda. “There is nothing pretentious about tacos. It’s what drew me to the food as the center of a festival.”

After throwing a successful barbecue event in Scottsdale, Arizona, Tyda and his business partner, Rick Phillips, wanted to see if they could match that success with a taco festival. After success in Arizona, they decided to take the show on the road and are celebrating the taco in nine cities this year.

The Food: Featuring approximately 30 restaurants, the Cincinnati festival will offer attendees an abundance of $2 taco choices. Local spots such as Calle Cantina, Casa Figueroa and Jekyll will take part, as well as out-of-state restaurants including Black Sheep Burrito & Brews from Charleston, West Virginia. “I feel as if we have the best tacos in the region,” says Jeremiah Bowen, executive chef at Black Sheep Burrito & Brews. “We thought it would only be appropriate to see what the people have to say.”

The Festivities: Known for combining food and fun, two of the festival’s most popular events are the hot-chili-eating contest and the Tiny Taco Dog costume contest. “This event has a sense of humor,” says Tyda. “It doesn’t take itself too seriously, so that form of entertainment fits perfectly.” Other entertainment includes Lucha Libre wrestling and a tent where, for a fee, guests can sample some of the highest-rated tequilas in the world.

The Face-Off: Watch the featured taco-makers compete for supremacy as they submit their creations for judging by representatives from the National Taco Association. Categories include beef, chicken, seafood and pork. Entries are judged on taste, presentation and execution. “It is important to note we don’t score tacos against other tacos,” Tyda adds. “They are all judged for their own merit.”

Food Fests
Grab a bite at these events that reflect the spirit of our state.

Cheese Heritage Festival
Wellington | July 14–15
Not one cheese factory remains in Wellington today, but in 1875, the community was home to more than 40. That heritage is celebrated with plenty of cheese, along with a cheesecake bake-off and auction, music and a pizza-eating contest. mainstreetwellington.org

Bratwurst Festival
Bucyrus | Aug. 17–19
This northwest Ohio city will welcome 50 vendors to town to help celebrate the 50th anniversary of all things brat. Enjoy bratwurst “sundaes” and jambalaya, as well as the classic grilled version on rye served with mustard and sauerkraut. bucyrusbratwurstfestival.com