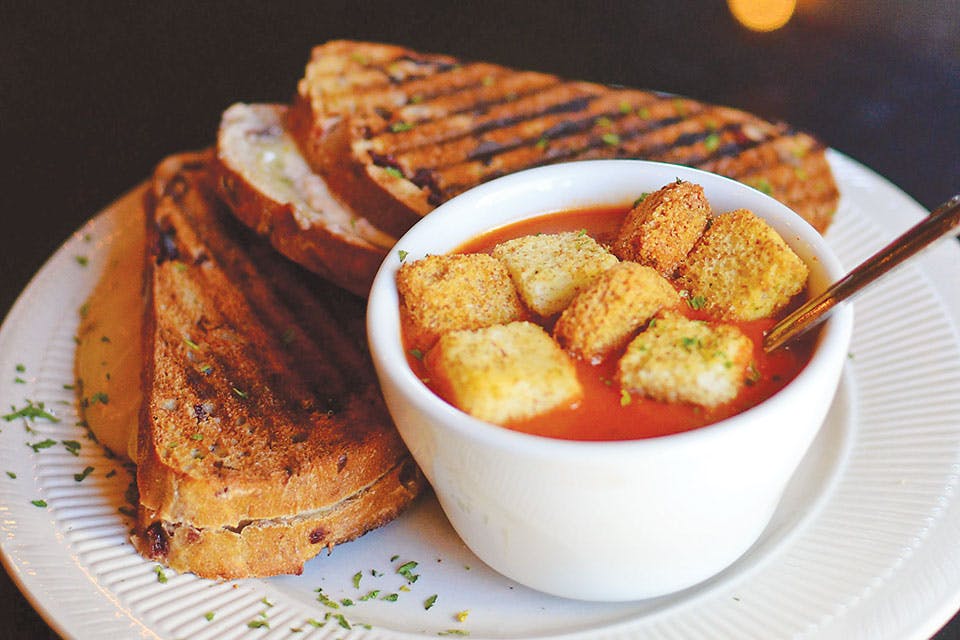 Rebecca Miller’s restaurant is one of the less traditional you’ll discover in Ohio’s Amish Country, but its farm-fresh approach is one you won’t want to miss.

In a community known for hearty meals featuring chicken, mashed potatoes and meatloaf, Rebecca’s Bistro is a bit of an anomaly. But 17 years after opening in Walnut Creek, the restaurant has become a crowd-pleasing destination known for its farm-to-table philosophy and lighter fare. Chai, coffee drinks and fruit smoothies are the order of the day, as are quiche, sandwiches made on gluten-free bread and salads that change with the seasons.

“When I opened a restaurant with nontraditional Amish food in an Amish community, everyone thought I was crazy,” Miller says with a laugh. “But I’ve always been an out-of-the-box cook. I like to cook things that are not typical — and I think that is why we appeal to so many people.”

Miller and her husband, Jim, relocated to Ohio from Arizona for Jim’s accounting job. He grew up in Berlin and relished the idea of returning to the area. Initially, Miller took over the operation of a gift shop, but soon realized there were too many others nearby. So the couple opted to share their passion for food. They purchased and restored an early-1800s log cabin in Walnut Creek and began welcoming diners.

“When we lived in Phoenix, we’d always go to off-the-wall places because that’s who we are,” Miller says. “So, when I started thinking about opening a restaurant, I made a list of the kinds of items I loved at our favorite places.”

The menu at Rebecca’s Bistro changes every two weeks to accommodate the local growing season. In August, a peach and blueberry salad was featured. September brings an apple-pecan salad drizzled with blue cheese, pumpkin-apple-bacon soup and main dishes filled with root vegetables. Often, guests purchase a quart or two of Rebecca’s signature tomato basil soup or a jar of her herb dressing to take home.

“When you create good food and present it in such a way that people fall in love with it before they take a bite and if you add good service to that, a customer will be with you forever,” Miller says. “And that’s exactly how we grew.” 4986 Walnut St., Walnut Creek 44687, 330/893-2668, rebeccasbistro.com