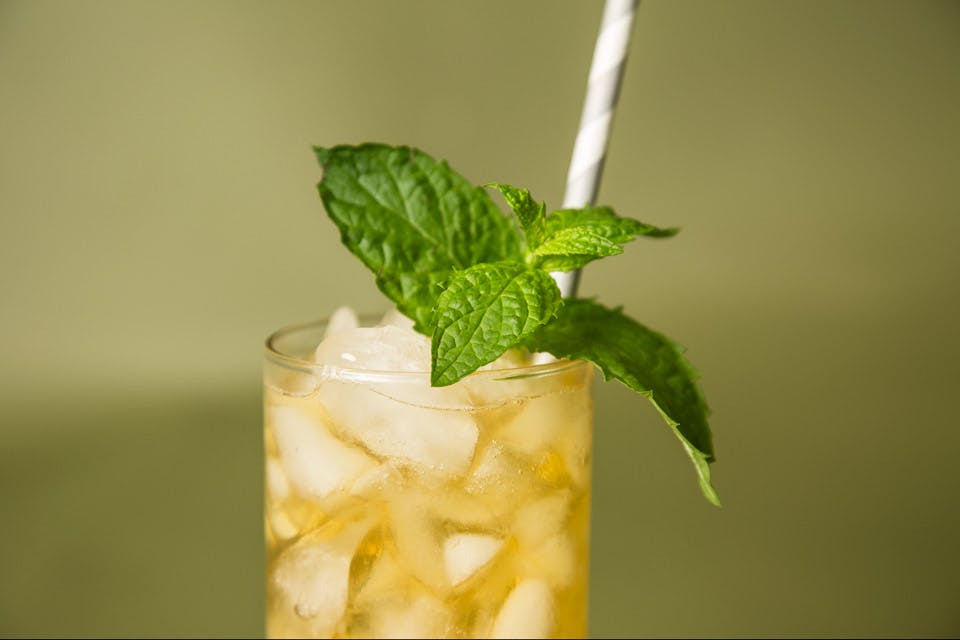 How To Make a Perfect Mint Julep

May 2016 Issue
BY Frances Killea | Photo by Evan Prunty

May 2016 Issue
BY Frances Killea | Photo by Evan Prunty

While the best seats at the Kentucky Derby are on its famed Millionaires Row, high-end mint juleps are available to anyone — as long as you know the secrets to the drink.

Just across the river from the Derby’s home state, Molly Wellmann, a seventh-generation Cincinnatian and co-owner of a string of cocktail bars and restaurants, is a front-runner when it comes to mixing the legendary concoction.

“Mint juleps have been around for a long time,” she says. “There was a drink called a gulab that dates back to the 1300s. They used rose water instead of mint. Now fast-forward to the colonial days, it would just be whatever spirit was available, and then mint, and it was taken in the morning.”

Different regions used different liquors in their versions of the cocktail, until the Kentucky Derby adopted it during the 1930s. Wellmann makes the Derby version of a mint julep, although she’s insistent that bourbon isn’t even the most important part.

“The most important thing in a mint julep is the ice,” she says. “You have to have crushed ice in a julep, and it has to be packed into a glass or a silver julep cup.”

She mixes a mint simple syrup with Kentucky bourbon before finishing the drink with a fresh mint garnish.

“You drink it slow,” she says. “You don’t just slurp it down in a few minutes. You want the ice to start to melt and start changing and opening up that whiskey. It’s just a beautiful experience all around.”

Add mint simple syrup and bourbon into the julep cup or Collins glass. Stir. Add as much crushed ice as you can fit into the glass. Garnish with mint sprigs and add a straw right in the middle of the mint.

Heat water and sugar in a pan, stirring until sugar dissolves and the mixture just reaches a boil. Add mint and stir. Remove from heat and let sit until cooled at room temperature. Strain the mixture into a bottle, careful not to include any leaf bits from the mint.