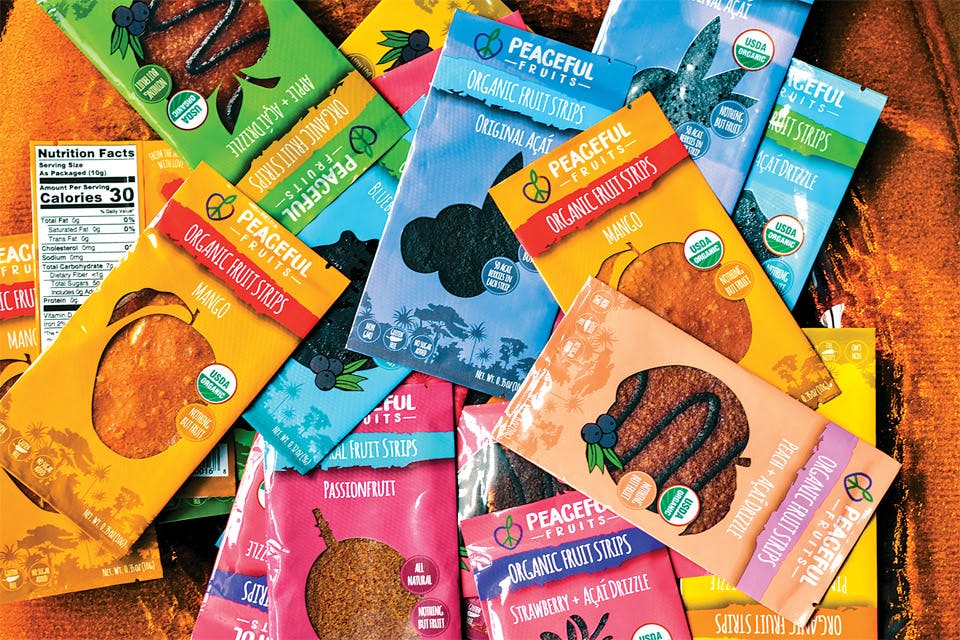 After Evan Delahanty graduated from Cornell University in 2007, he took his first steps up the corporate ladder. Then, following four years of full-time work, he decided to climb back down, join the Peace Corps and begin teaching community economic development in a location far away from his hometown of Peninsula: the Amazon rainforest.

It was shortly after that two-year excursion that he conceived the idea for Peaceful Fruits, a maker of fair trade, non-GMO, organic fruit strips. The idea was to create something portable, socially responsible and good for you.

“After some research and study, I said, ‘Wow, all of the other fruit snacks are concentrate with a little bit of flavoring and color — it’s just fructose,’ ” he says.

Delahanty buys ethically sourced, sustainable ingredients from tribes near where he lived in the rainforest, and people with disabilities earn a living wage making the snacks at Peaceful Fruits’ Akron production facility. The snacks are available at Kroger and Acme grocery stores as well as Target.

Peaceful Fruits’ eight flavors range from strawberry and acai to passion fruit and apple, and each contains five or fewer ingredients. Delahanty’s favorite is mango, which he says takes him back to his time in South America.

“There are different fruits in season when you’re living in the rainforest,” he says. “Mango season in the rainforest is just like heaven. ... You are walking on the path and there will be a thousand best-you’ve-ever-had mangoes just laying on the ground.”