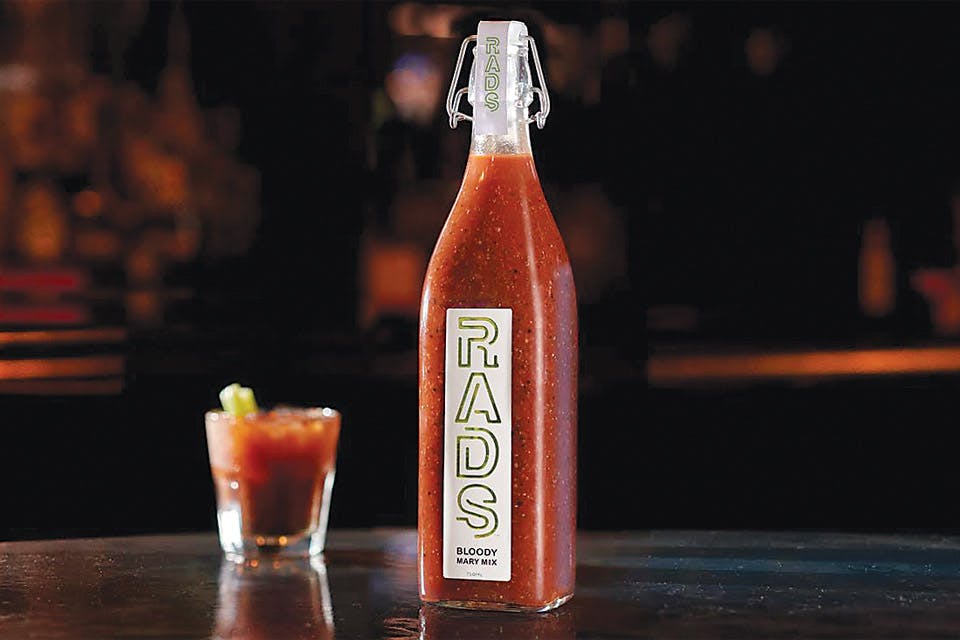 Scott Conrad never liked bloody marys. Every time he’d try one, he’d find them too “doctored up,” so he decided to create his own. In 2017, he entered Dayton’s Bloody Mary Showdown and tied for top prize. A year later he claimed first place with his take on the classic.

“The key to it is balance,” Conrad says. “It’s not just throwing heat at you. There’s heat for a reason. There’s citrus in the back to balance that heat out. It’s really a roller coaster for your palette.”

Fans of Conrad’s concoction urged him to bottle it and share his recipe with the rest of the bloody-mary-sipping world. His Rads Bloody Mary Mix is available in stores and restaurants throughout Columbus and Dayton. Conrad credits the support of Belle of Dayton distillery, which works as a promotional partner. Cincinnati’s Rhinegeist Brewery also collaborated with Conrad to craft a michelada by mixing their own Cheetah lager with Rads Bloody Mary Mix. radsbloodymary.com