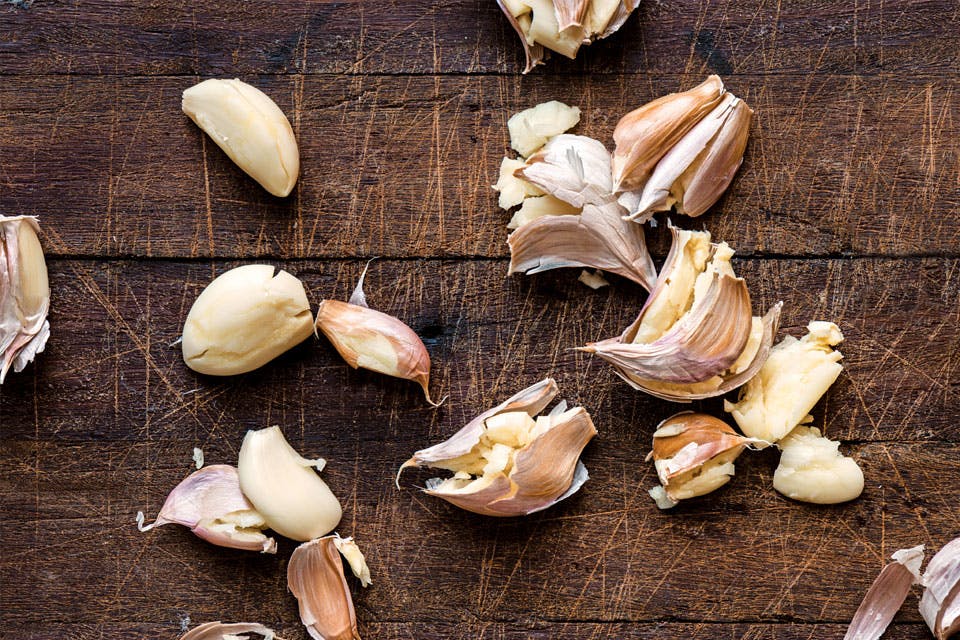 Ohio farmers and chefs share their advice for buying, preparing and cooking the misunderstood bulb.

Buy Local: When it comes to purchasing garlic, farmers markets provide the freshest product and the best variety. Judith Leisenring of BJ Gourmet Garlic Farm in Mogodore warns that the garlic found at the grocery store has often made a very long trip from field to shelf. “Most of [it] is shipped from China, and it loses a lot of its nutritional value,” says Leisenring. Like most Ohio farmers, she focuses on hardneck garlic, which has a six to eight-month shelf life and three or four large cloves per head. Soft neck garlic — the kind most commonly found in supermarkets — has a longer shelf life of nine months, but only eight to 15 smaller cloves and a weaker flavor. In addition to its size, a green, curly scape at the top of the head identifies the hardneck variety.

Test the Peel: Whether you opt for softneck or hardneck garlic, the peel will indicate its freshness. “If it’s wet and sticky, that means it’s fresh,” explains Fred Thaxton of Thaxton’s Organic Garlic in Hudson. “If you can peel that skin right off the clove, you’ve got old garlic.” Unlike other fresh vegetables, don’t throw your garlic in the fridge. It’s better left in a netted bag on the counter. The cold, dark environment of the refrigerator triggers garlic to grow, which shortens its lifespan.

Prep Smart: An easy way to remove the skin from a clove of garlic is to break the head apart by hand and then crush the clove with the flat edge of your knife, which will loosen the skin. Chef Joe Horvath of Toast restaurant in Cleveland advises using a very sharp knife when cutting garlic for use in a recipe. “If you have a dull knife, it’s easy to really pulverize it, and then it becomes bitter,” he says. “I chop mine very thin instead of chopping it up [completely]. That’ll help it keep its integrity and not get very bitter.” Chef Chris DiLisi of The Willeyville in Cleveland advises against using a knife at all, because he says the metal can oxidize the garlic and bring out a pungent flavor. He uses a mortar and pestle to crush the garlic rather than cut it. “[You] actually get the true flavor of garlic,” he says, “which isn’t nearly as spicy or as hot as people think.

Take Your Time: If you’re roasting your heads of garlic, Mike Miller of Miller’s Gourmet Garlic in Canfield says there is one crucial ingredient: time. “You have to be patient,” he says. “If you’re going to roast a hard neck garlic or a larger head of garlic, it takes a while to do it. It needs at least 400 degrees, and it needs it for at least 40 minutes, and that’s for the smaller heads.”