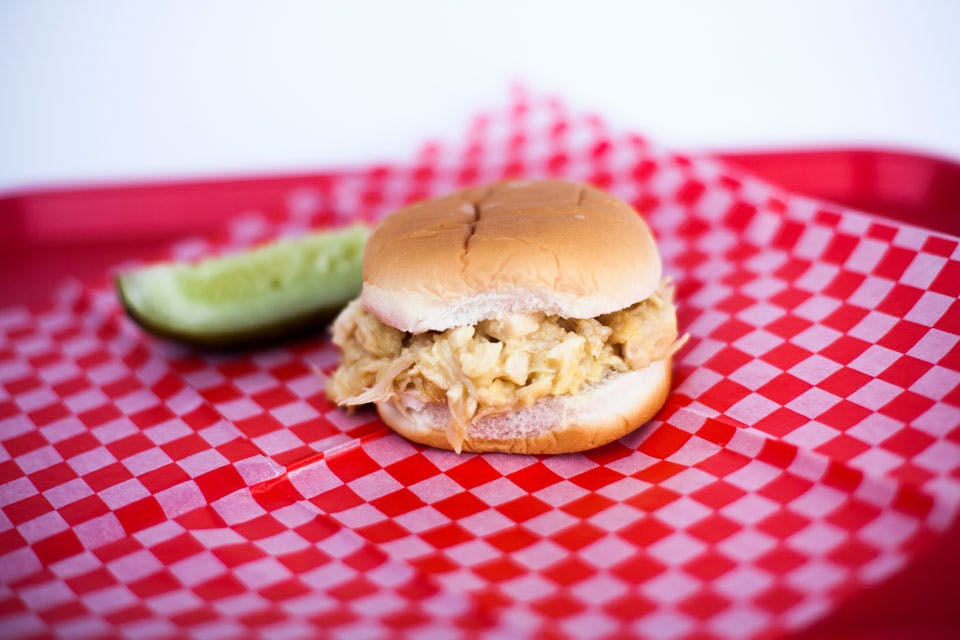 Most Ohioans probably haven’t given much thought to those shredded chicken sandwiches that appear at church potlucks, graduation parties and drive-in restaurants across the state.

But Donna and Tom Thorpe, creators of a website billed as “The Unofficial Home of Shredded Chicken Sandwiches,” have spent more than 16 years researching the creation that they say is nowhere to be found outside of Ohio.

“They were just part of my growing up,” says Donna. “I was never aware that they were so unique to the state until making the radical departure to California.”

After moving to the West Coast, the Licking County native couldn’t find her childhood favorite of warm shredded chicken cooked down in a creamy reduction and piled high on a hamburger bun. During road trips back to Ohio, the Thorpes would spot-check various restaurants along the way. To this day, they haven’t found the sandwich anywhere else.

“We figured it out by trying border states and not being successful that it was pretty much exclusively, as far as we can tell, an Ohio oddity,” says Donna.

Although there are many slight variations to the sandwich, the traditional mixture includes cooked and shredded chicken mixed with a binding agent such as breadcrumbs or flour. Traditionalists would cook down a whole chicken, but it is much easier to whip up the concoction using canned chicken, soup and crackers.

“The old-fashioned way is probably the best way and the way I grew up eating them,” says Donna. “But the modern way is a good substitute for a fast-food version of it.”

DIRECTIONS
Open the canned chicken and skim off the fat from the top. Crush the Ritz crackers into crumbs. Combine all ingredients, and heat on the stove or in a slow cooker until well warmed. Spread on a hamburger bun to serve.