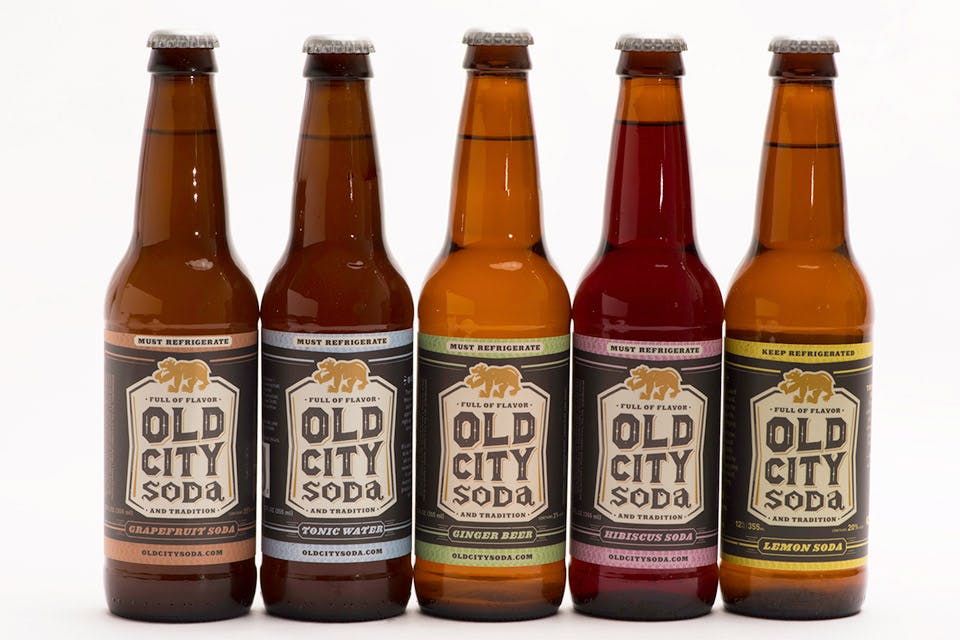 During his time as a Cleveland bartender, Mike Gulley would make kegs of ginger beer while experimenting with recipes for the perfect Moscow Mule. It’s also what led him to found Old City Soda in September 2014 with the help of his business partner and cousin, Sean Adkins.

“Out of the gate, we went with the mixing approach and really wanted to position ourselves as a cocktail soda,” says Gulley. “What we found out pretty quickly though is that people really enjoyed drinking the sodas right out of the bottle.”

During the past two years, Gulley has tweaked some of his original recipes, but Old City Soda’s lineup still works whether you’re drinking them straight or as part of a cocktail. For a tasty summer drink, Gulley suggests pouring 1.5 to 2 ounces of silver tequila over ice and topping it with Old City Soda’s grapefruit flavor.

“It’s a traditional, authentic drink even at that level of simplicity,” he says. “It’s one I think that everyone could enjoy, even if you don’t like grapefruit.”

Gulley says root beer remains Old City Soda’s most popular stand-alone variety. All 11 flavors are free of preservatives, and the production method mirrors that of a brewery more than a commercial soda-manufacturing process.

“We carbonate everything in a tank, as opposed to making a syrup and then using carbonated water,” Gulley explains.

With plans to expand operations in the coming months, Old City Soda is working on developing a more shelf-stable product through the use of pasteurization. This will increase the shelf life of the soda from approximately 60 days to around six months.

Old City Soda is at select retailers and restaurants in northeast Ohio and Columbus. For more information, visit oldcitysoda.com.