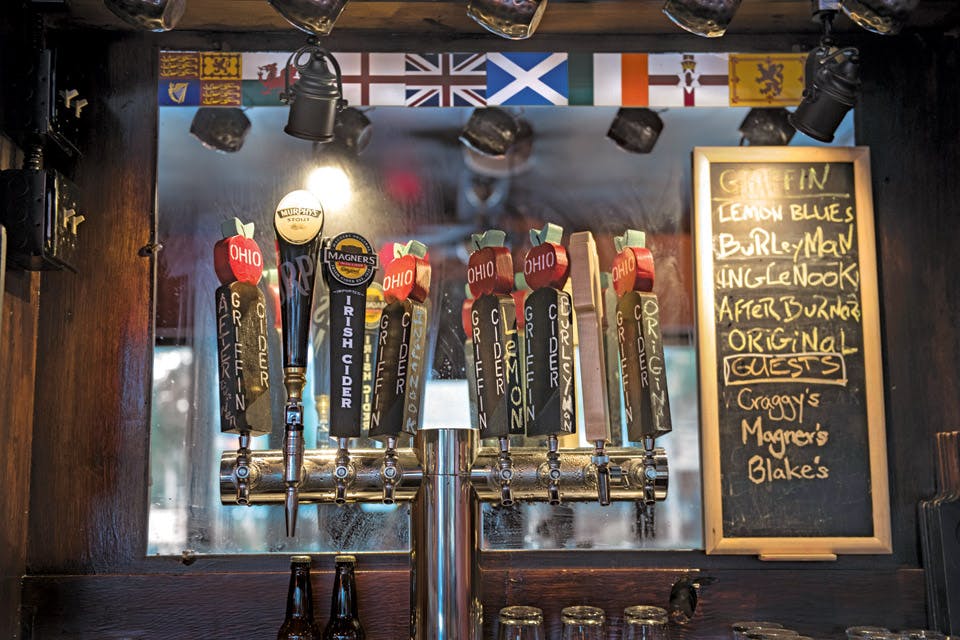 This English-inspired spot showcases delicious drinks made from the bounty of Ohio’s orchards.

The Ohio apple has a place of honor at Griffin Cider House. The British-style pub and gin bar opened in Lakewood in July 2015 and serves as a place to drink the rich flavors of our state’s apple harvest in a variety of ciders created by owner and Englishman Richard Read.

“With the craft-brewing craze being as big as it is, people are looking for the next flavor ... and we are that,” says Read, president of Griffin Cider Works. “When you’re drinking a Griffin cider, you know you’re drinking something different.”

Read moved to Cleveland 15 years ago, and after realizing the potential of Ohio apples and making trips throughout the state to scope out the crop, he decided to turn his years of cider-making experience into a business. Read has perfected 17 Griffin Cider Works varieties that cater to a range of tastes. (Five of those are on tap at any given time, while the others are bottled.)

Favorites include the full-bodied, unfiltered Burly Man and the rich After Burner. Perfect for the fall season, the menu calls After Burner a “ginger ale’d” cider that packs a tinge of spice with a mellow kick.

Once a month, Griffin Cider House hosts a World Tour of Cider, where guests can try offerings from countries such as Spain and France, as well as regional favorites from eastern and western England. Couple that with the pub’s dark woods and cozy atmosphere, and you’ve just found a great place to spend an autumn evening.

“When you’re in a pub, you’re in a house,” says Read. “You enter into a different kind of realm.”