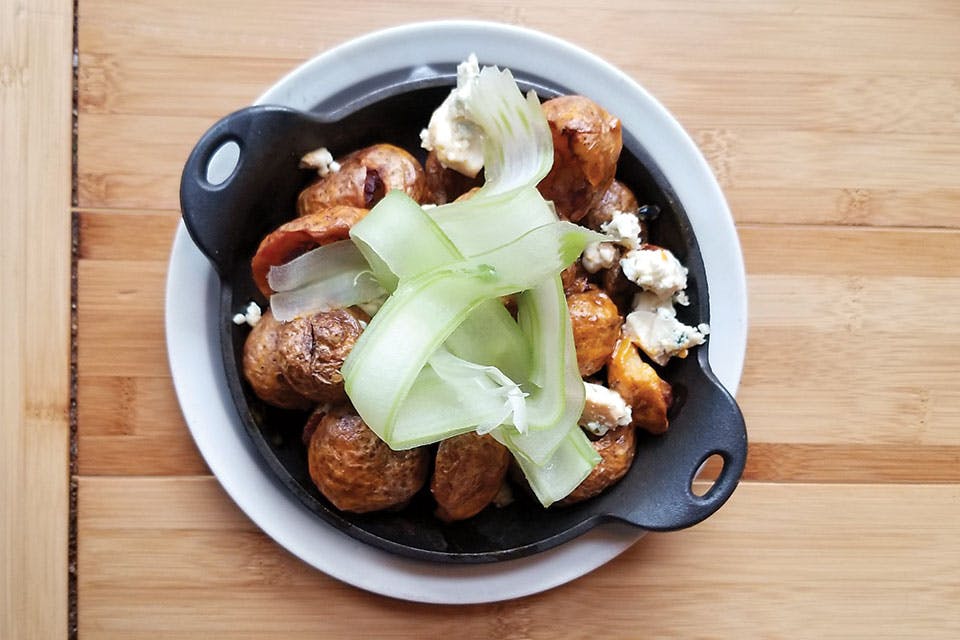 Chef Joshua Dalton grew up in New Orleans — inspiration that finds its way onto the menu at his 1808 American Bistro in the form of a stellar shrimp and grits dish and a dessert featuring a pile of beignets covered in powdered sugar and honey and served with a sidecar of latte froth.

But Dalton has lived his entire adult life in Ohio, so he’s also well versed in what works when it comes to the Midwestern palate. You’ll find lots of meat-based dishes at his restaurant — one of two spots he owns in downtown Delaware.

“You have to remind yourself you are still in meat-and-potatoes country,” he says of his approach at 1808 American Bistro. “But if you give people just a little taste of what’s coming around the corner, it generally goes over pretty well.”

One creative take we loved is the Buffalo Potatoes appetizer: confit marbled potatoes mixed with Buffalo sauce and smoked blue cheese chunks and topped off with celery ribbons. The filet medallions entree is another winner. The two, 3-ounce medallions are served with red pepper-bacon balsamic, Gorgonzola mashed potatoes and grilled asparagus.