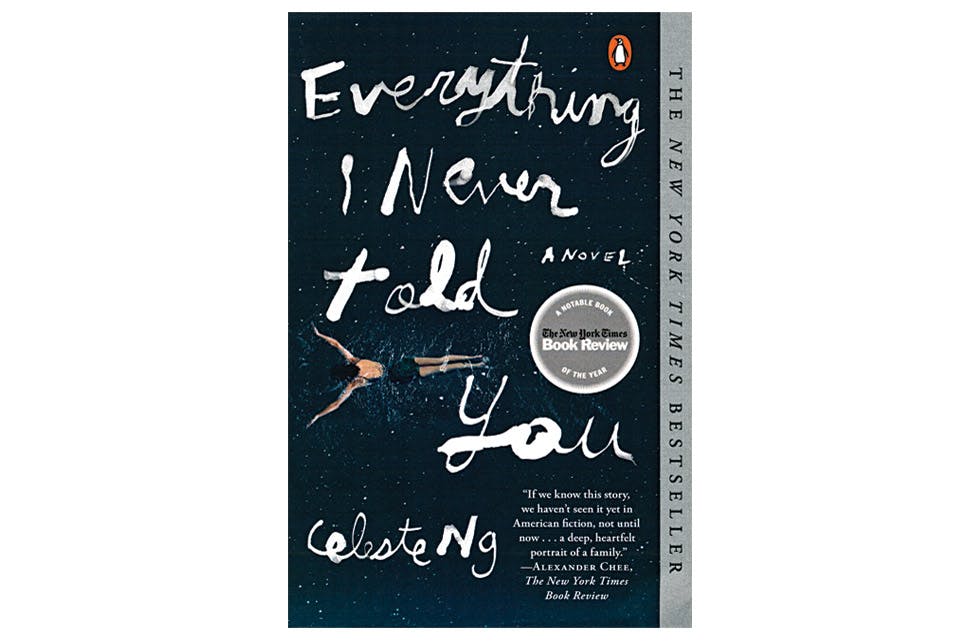 Ohioan and author Celeste Ng explores the clash of Chinese and American cultures in her acclaimed debut novel.

On the surface, all seems idyllic for the Lee family: James is a college professor. His wife, Marilyn, has abandoned her hope of becoming a physician to be a stay-at-home mom to their three children, including 16-year-old Lydia, whom the couple have invested with all the dreams they were unable to fulfill.

But life unravels for the Lees on a bright May morning when Lydia’s body is found in a nearby lake. The tragedy forces each family member to confront their insecurities and struggle with the way in which society perceives them — a biracial, Chinese-American family living in Ohio during the 1970s.

It took Celeste Ng — a first-generation Asian-American who grew up in Shaker Heights — six and a half years to pen her debut novel, Everything I Never Told You, which published last June. Since then, it earned a spot on The New York Times best-seller list. And in November, Amazon chose the novel as its best book of 2014.

Ng, 34 — who will be a featured author at the Ohioana Book Festival in Columbus this month — talked to us about growing up in an Asian-American home, what led her to write the story and how prejudice can be eradicated.

What inspired you to write this novel?
While I was working on my Master of Fine Arts degree at the University of Michigan in 2006, I started writing a short story about two girls whose mother had left their family. At the same time, my husband told me an anecdote from his childhood: A friend of his pushed his own little sister into a pond. The girl’s parents pulled her out, and she was fine. But I kept thinking about the incident: Why would a kid push his sister into a lake? Had they gotten along before he did that? Did the incident shape their adult relationship? Everything I Never Told You is the story that came out of those ideas.

It took almost seven years to finish the novel. How did you decide the time was right to find an agent and publish it?
I had always hoped I would be working on something that would eventually get published. Graduate school helped me take my writing seriously. One of the things about being a [novelist] is that you work on your book and basically finish it before you send it to a publisher. It’s a leap of faith because you’re hoping what you’ve written will speak to somebody and that somebody will want to bring it out into the world. I was lucky to have met my agent in grad school, and she had faith in the project and stayed the slow course with me.

Did you face the kind of discrimination growing up that the three siblings in your novel do?
That’s a great question. My parents chose to move to Shaker Heights because it had the reputation for being progressive and racially diverse. That said, I think no matter where you live, there are instances where the issue of race comes up — that’s just part of the world we live in. I am so grateful that I grew up in Shaker because it’s a place where people are willing to talk about cultural differences. I didn’t realize how unusual that was until after I left.

Being part of an Asian-American family, did you ever feel as though you were an outsider?
Here’s the thing: Because I grew up where I did, I definitely did not have the kinds of experiences the kids in the novel had. That said, I don’t know if there is a person who is a minority of any kind — racial, sexual, cultural — who hasn’t faced some kind of hostility. With one exception, every example of discrimination described in the novel — including the instances when people pulled their eyes into slits or called the Lees names — is based on an incident that happened to me or someone I know.

That has to be heartbreaking, especially for a child. How did you handle that?
Most of the time, I would just walk away because there is not a lot to be said in response. Now that I’m an adult, I walk away much of the time, too. I’ve come to realize that when you run into a situation like that, the person [who is harassing you] is often doing so out of ignorance rather than malice. My hope is that someday people will have more conversations about racial differences and less confrontation so prejudice will be a problem of the past.

Although your parents are Chinese, in your novel you made James Chinese and Marilyn Caucasian. Is there a reason you did that?
I don’t speak Chinese and am not an expert on Chinese culture. As a result, I feel that in some ways I’m a little out of touch with my [heritage]. So I wanted to write about a family that was sort of in between two different cultures. One way to make that difference obvious was to have two parents who came from different races.

Why does the story take place in northwest Ohio?
Familiarity. When I started the book, I thought I might set it in Boston, because that’s where I am spending my adult life. But I realized the story had to take place in a small town rather than a big city. So I decided to make up a small town located in that region of Ohio.

What made you decide to set the novel in the 1970s?
As I started writing about this family and the problems they faced, the 1970s seemed to be the decade that highlighted those struggles the best. Back then, being a mixed-race family would have been quite a bit less common than it is today. And the conflict Marilyn and Lydia were engaged in, centering on the opportunities available to women coming of age then, was part of the period.

Would life be different for the Lee family in 2015?
I would hope so. Today, we see value in sharing experiences and talking about feelings in a way that we didn’t 40 years ago.

The aftermath of grief and loss is a large part of the story. Was it challenging to write about the anguish associated with it?
In some ways, yes. Although I haven’t had the exact experience Lydia’s family did, my father passed away when I was 23. Maybe that’s one of the reasons the story resonates with a lot of people. If you’ve experienced the loss of a loved one, you know what it’s like to think about all the things you wish you could tell the person you’ve lost.

What does the title Everything I Never Told You mean to you?
The phrase describes all the subjects families don’t talk about — either because they are ashamed or afraid to broach them or think they don’t need to be said. Take the phrase “I love you,” for instance. People tend to assume that when it comes to those close to them, that feeling is a given. And yet, it does mean something to hear someone actually say those words. For me, that’s what the book is about: all the things that go unsaid for whatever reason and the effects that keeping silent about those things can have on someone. n