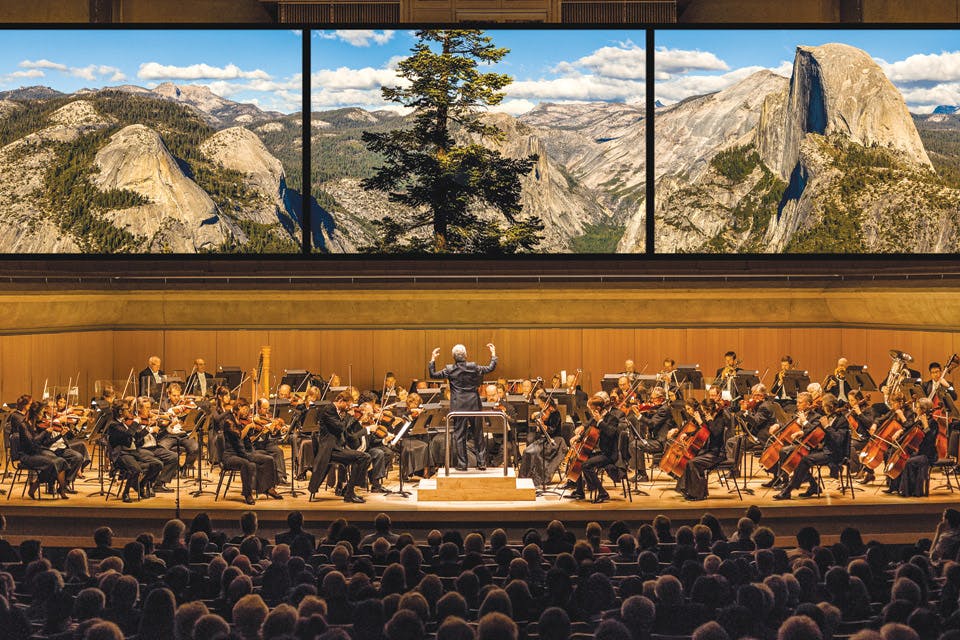 The symphony teams with Los Angeles-based photochoreography artists Westwater Arts for a visual feast of a performance.

From America’s vast wilderness and magnificent mountain ranges to action-packed scenes of the rodeo, the Toledo Symphony Orchestra is teaming with multimedia artist Nicholas Bardonnay for a visual feast of a performance.

Sweeping images of 24 national parks and monuments, including Yosemite and the Grand Canyon, will appear on large screens behind the symphony as it performs works by composers Antonin Dvořák, Ferde Grofé and Aaron Copland. The visual concert, known as the “National Park Suite,” was photographed, produced and performed by Bardonnay and includes images by photographer James Westwater.

The May 13 program will also pay tribute to the parklands and forests of northwest Ohio by featuring photos taken by local residents. Out of the thousands of images submitted, Bardonnay chose 200 to display during the performance of four excerpts from Michigan composer Evan Chambers’ “Sacred Places.”

“It’s always a wild-card effect. You don’t quite know what you’re going to get,” says Bardonnay, creative director of the Los Angeles-based Westwater Arts, which creates symphonic photochoreography programs. “That is what’s exciting and keeps you on your feet a little bit. There are always surprises.”

Selections from Aaron Copland’s “Rodeo!” rounds out the performance. Bardonnay once again matches the music with imagery that offers the audience a behind-the-scenes look at rodeo contests, creating a fun-filled documentary of the distinctly Western tradition. “It’s very energetic and has some humor in it,” adds Bardonnay.

One of the most intriguing facets of the performance is that Bardonnay handles the program’s photo transitions himself using two projectors.

“Going off the energy of the music and cues from the conductor, I will be live-cutting the images on the screen,” Bardonnay explains. “[The audience] sees these very large-scale images elegantly choreographed with the music. It makes for a very memorable concert experience.”