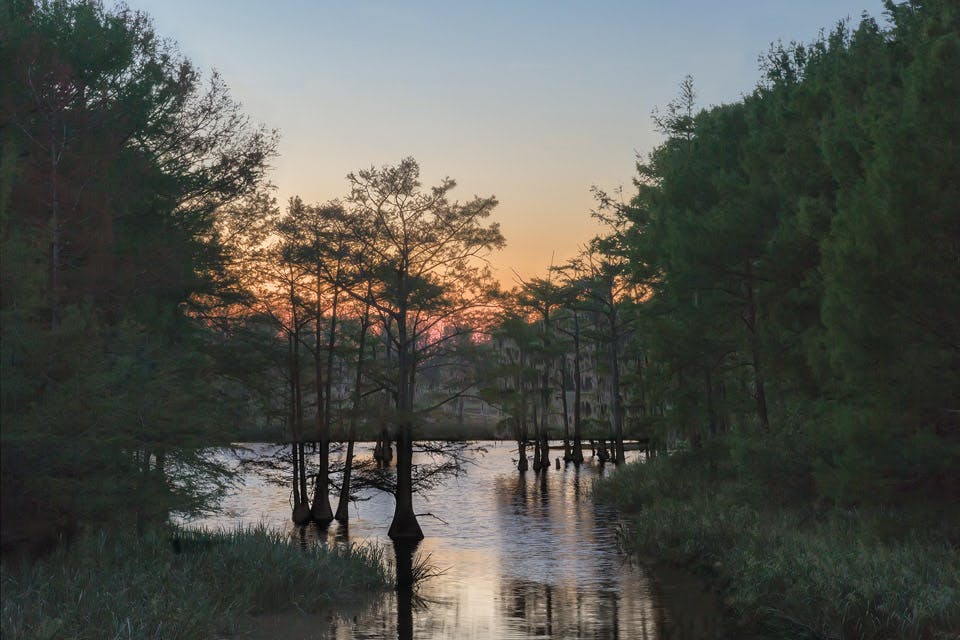 ‘Through Darkness to Light: Photographs Along the Underground Railroad’

The Canton Museum of Art showcases an exhibition of photographs by Dallas-based photographer Jeanine Michna-Bales.


Dallas-based photographer Jeanine Michna-Bales is drawn to topics that address how the past is connected to the present. Over the last two decades, her photographic essays have included “Fallout: A Look Back at the Height of the Cold War in America,” filled with images of existing fallout shelters built in the 1950s and ’60s; and “Frack-Tured Land: Seismic Activity in The Barnett Shale,” documenting the earthquakes linked to hydraulic fracturing in Texas.

The idea for “Through Darkness to Light: Photographs Along the Underground Railroad,” on exhibit at the Canton Museum of Art through Oct. 20, was sparked while visiting family in Indianapolis. Michna-Bales decided to spend a day at the Indiana Historical Society and, much to her amazement, discovered a treasure trove of articles about the state’s role in helping slaves escape to freedom during the 1800s.

“Growing up in the Midwest, the Underground Railroad was part of our school curriculum,” she says. “But after reading about the freedom seekers, the concept of capturing sites so many people traveled to would not let go.”

Michna-Bales poured over reams of documents and traversed 1,400 miles to photograph 70 Underground Railroad sites that wound through eight states and Canada. To replicate the loneliness and uneasiness those who made the journey experienced, she shot the images at night.

“I was overwhelmed by how remote these places must have felt,” she says. They include the Indiana cabin where Eliza Harris stayed during her journey, which Harriet Beecher Stowe described in Uncle Tom’s Cabin; and the dark recesses of Kentucky’s Mammoth Cave.

“These men, women and children traveled at night to escape slavery and the brutality that went with it,” says Christy Davis, curator of exhibitions at the Canton Museum of Art. “Although the risk of fleeing was great, the risk of staying was just as dire.”