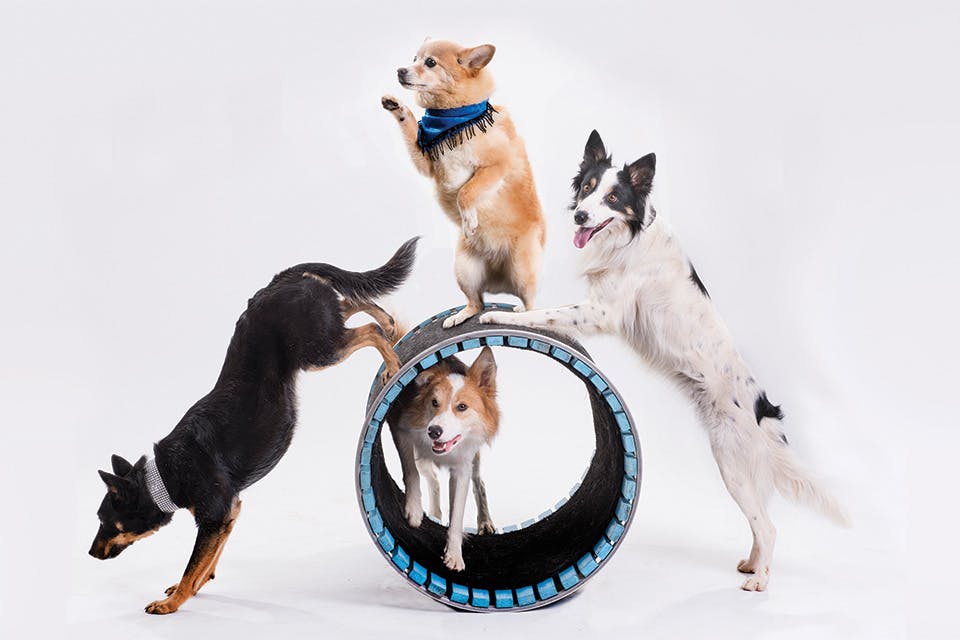 Browse our guide to 12 arts events and experiences that should be part of your plans this season.

Mutts Gone Nuts • May 30: Marietta
Canines and comedy come together in this heartwarming family show. Nine dogs adopted from animal shelters and rescue facilities dance, leap, balance on barrels, jump rope and walk a high wire. Owners Scott and Joan Houghton use loving training methods and make sure the dogs travel in large climate-controlled kennels while on tour. peoplesbanktheatre.com

Picasso and Paper • May 24­– Aug. 23: Cleveland
Known for a wide variety of styles he developed and explored, Spanish artist Pablo Picasso is synonymous with groundbreaking artistry. The Cleveland Museum of Art showcases 300 works spanning his career, focusing on the watercolors, pastels, collages and photographs he produced on paper. Highlights include “Women at Their Toilette,” a 14-1/2-foot-wide collage the artist completed between 1937 and 1938, and guitars he constructed from paper during his cubist and surrealist periods. clevelandart.org 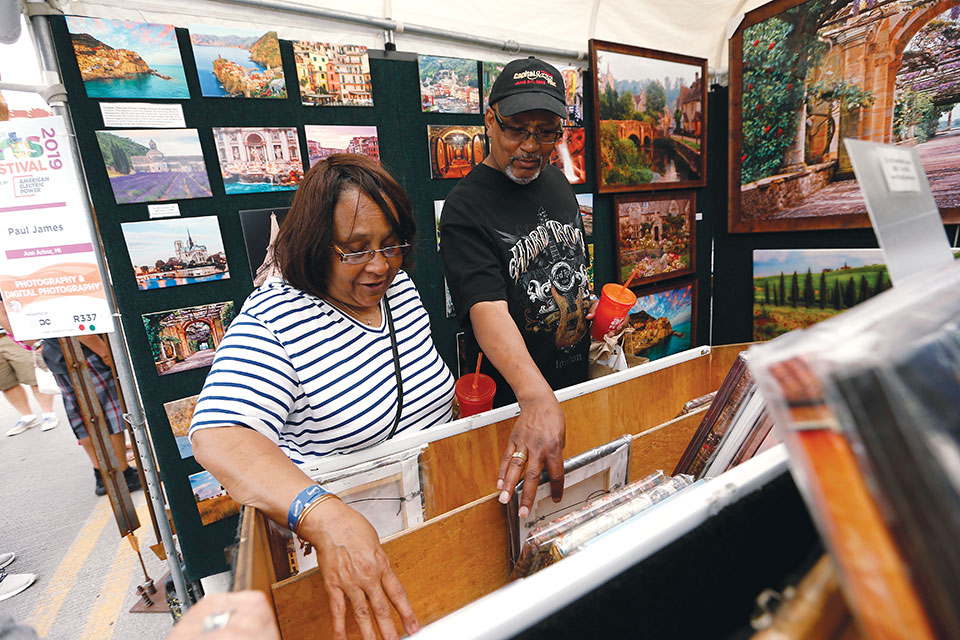 Columbus Arts Festival • June 12–14: Columbus
More than 250 artists from throughout the country will congregate in downtown Columbus for the city’s 59th annual arts festival. The fete, which takes place on the Scioto Mile along the river, features 15 categories of visual artwork, including ceramics, fiber, photography, jewelry, leather, sculpture and wood. Four entertainment stages will showcase regional musicians, dancers and theater troupes, and Columbus restaurants will feature signature local fare. columbusartsfestival.org

Summerfair 2020 • May 29–31: Cincinnati
What started as a small art fair 53 years ago has blossomed into one of the oldest continuous arts fairs in the country, drawing more than 20,000 tourists and artists from throughout the United States. Media showcased includes photography, fiber, ceramics, printmaking, metal, glass and jewelry. Proceeds from the fest provide scholarships to art students in high school and college and support local arts organizations. summerfair.org 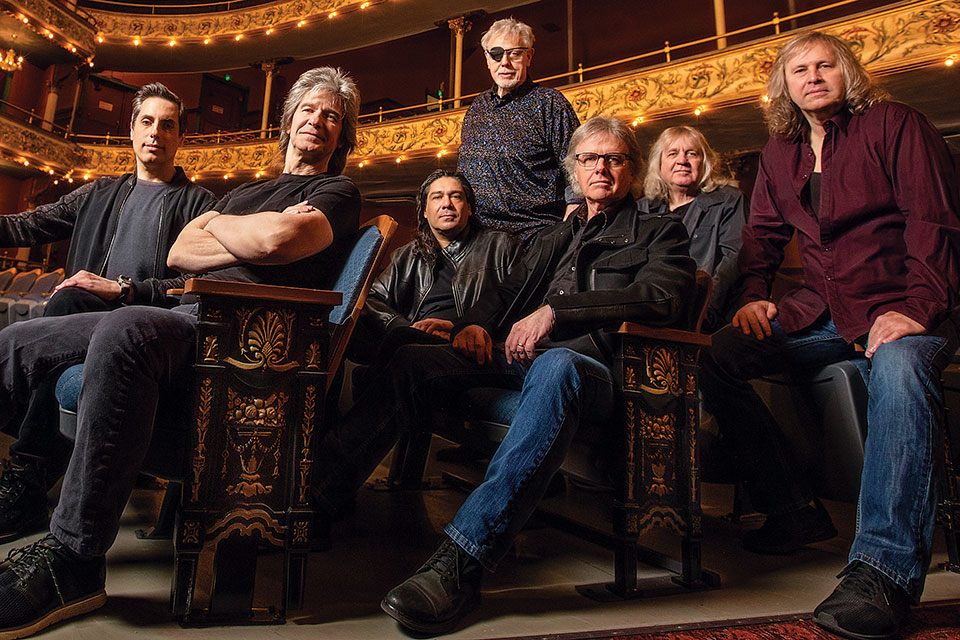 Kansas • May 16: Marietta
Known for a legendary progressive rock sound, Kansas brings its “Point of Know Return” tour to Ohio. The band will perform the 1977 album in its entirety, including “Dust in the Wind,” “Portrait (He Knew),” “Closet Chronicles” and “Paradox.” Other classic hits and fan favorites are also on the setlist. peoplesbanktheatre.com

One Each: Still Lifes by Cézanne, Pissarro and Friends • May 15–Aug. 9: Cincinnati
Five French painters known for being at the forefront of impressionism are celebrated through representational paintings reflecting their individualism. Works by Paul Cézanne and Camille Pissarro are featured, along with canvases by Frédéric Bazille, Claude Monet and Édouard Manet. Each depicts the style in which ordinary subject matter is accurately depicted in relation to light and shadow. cincinnatiartmuseum.org

Delaware Arts Festival • May 16–17: Delaware
Jewelry, leatherwork, pottery, tie-dyed designs, oil paintings and blown glass created by more than 160 artists will be showcased at the 47th annual arts fest, which also features musical entertainment and plenty of signature fare from local restaurants. Youth art exhibits and children’s activities round out the weekend. delawareartsfestival.org

A Splendid Century: Cincinnati Art 1820–1920 • June 13–Aug. 30: Cincinnati
Two centuries ago, the mansion that would become the Taft Museum of Art was built on frontier land at the eastern edge of Cincinnati. The museum is celebrating the bicentennial of the house with an exhibition of paintings, sculpture and ceramics created during the first century of the home’s existence. Cincinnati artists represented include Hiram Powers and Elizabeth Nourse, as well as ceramics from Rookwood Pottery. taftmuseum.org 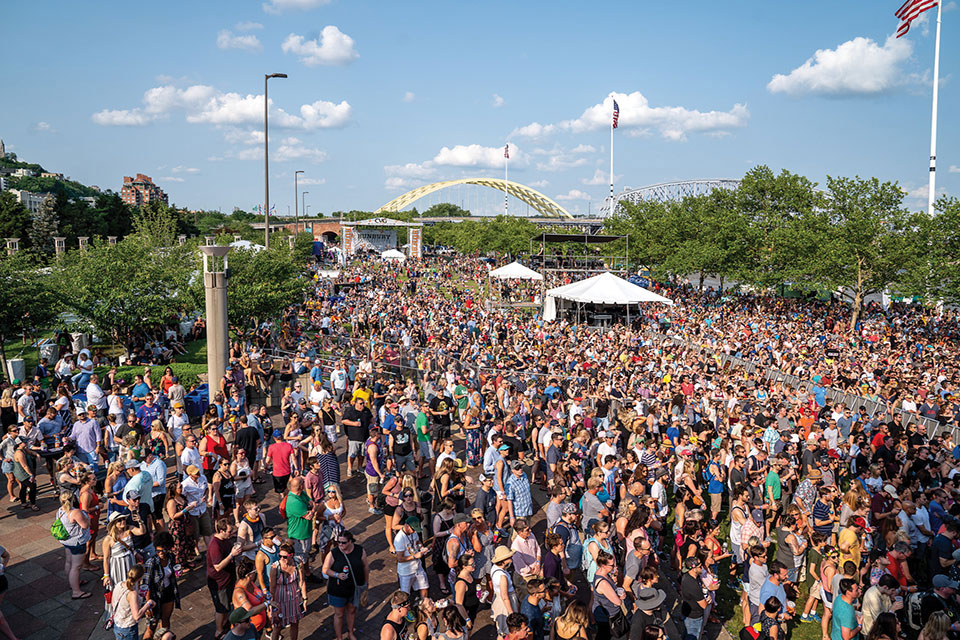 Bunbury Music Festival • June 5–7: Cincinnati
The Ohio River provides the perfect backdrop for this musical fest on two stages, which has been a summer tradition since 2012. The lineup will include performances from more than three dozen acts, including folk music from The Avett Brothers, pop from Melanie Martinez and alternative duo Twenty One Pilots. bunburyfestival.com

Yayoi Kusama: Fireflies on the Water • Through June 28: Toledo
Some visitors describe the Japanese artist’s installation as quietly meditative, while others find it startling. On loan from the Whitney Museum of American Art, Kusama’s kaleidoscopic work immerses all who enter the 12-by-12-foot gallery into an infinite world created by 150 LED lights reflecting on a pool of water below and the mirrors that surround them. toledomuseum.org 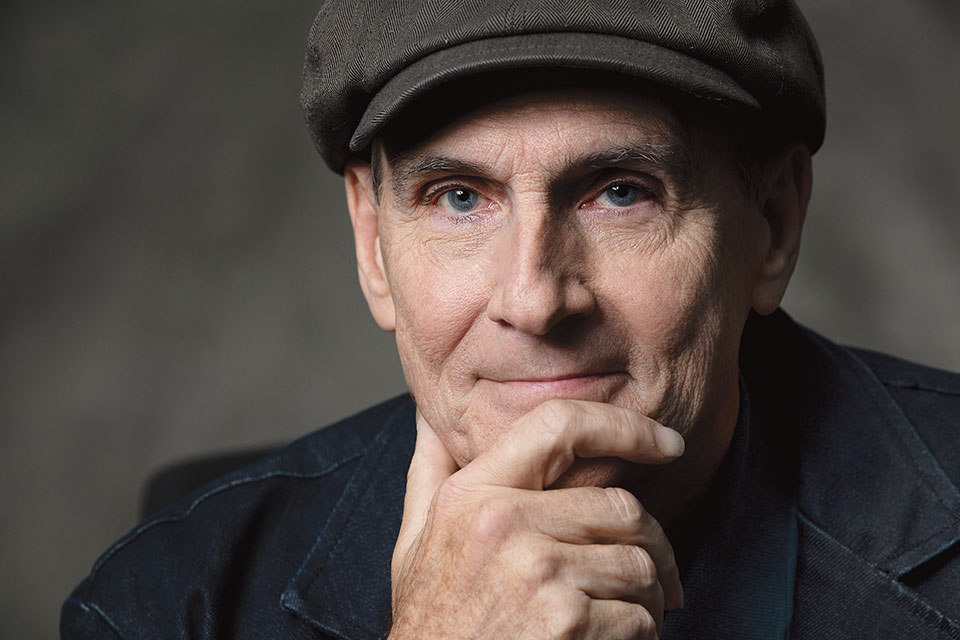 James Taylor • June 12: Cuyahoga Falls
The iconic singer-songwriter will perform a litany of his Grammy Award-winning hits, including “You’ve Got a Friend” and “Handy Man,” as well as songs from his latest album, “American Standard,” offering new takes on 20th-century classics. Fellow Rock & Roll Hall of Fame inductee Jackson Browne will share the Blossom Music Center stage, performing his greatest songs, including “Take It Easy,” “Running on Empty” and “Doctor My Eyes.” livenation.com