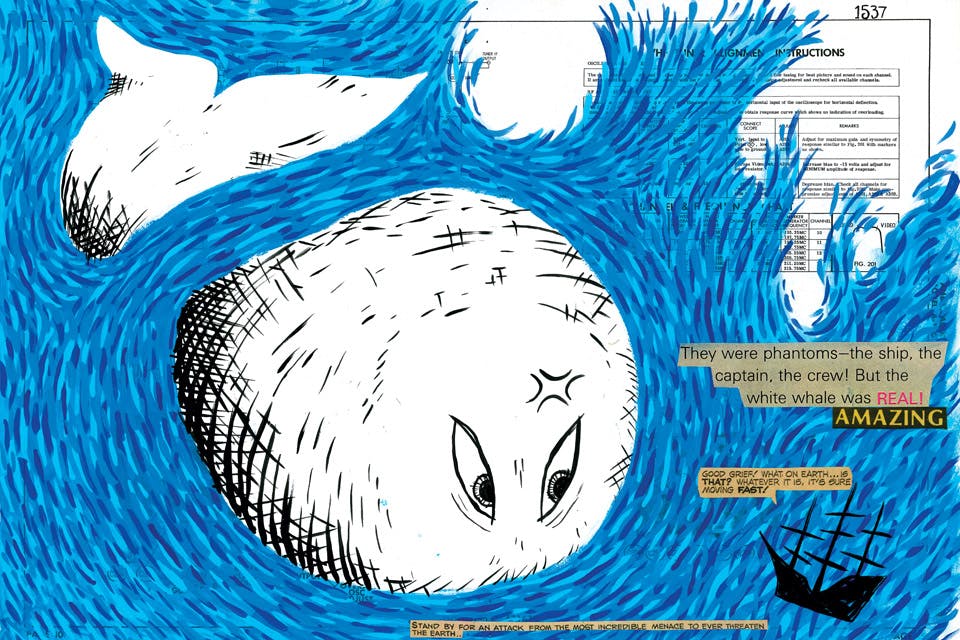 Fourteen exhibitions, shows and events that offer a glimpse of what the season has to offer

Take a look inside the minds of two artists who bring the pages of Herman Melville’s Moby-Dick to life at the Contemporary Arts Center. With more than 300 works, Ohio-based librarian Matt Kish and anti-nuclear activist Robert Del Tredici invite the viewer to explore their endless pursuits through a range of media. “There’s a real perseverance, and I would say kind of obsessive quality, to the way that they work, because they’re just continuously and relentlessly interpreting Moby-Dick,” says Steven Matijcio, co-curator of the exhibition. Although the artists do not work together, they are unified in their quest to bring new life to the classic novel through their visual works. “We want to celebrate the way [classic novels] can be rethought,” explains Matijcio. “It’s more about the pursuit and the process of drawing upon one art form and trying to find a language for it in another art form.”  — Alyssa Schmitt

Matt Kish: A self-taught artist who uses daily drawings as a way to document his life, Kish created an image for each of the 552 pages in the Signet Classics paperback edition of Moby-Dick. Using pens, markers and watercolor paints, Kish creates his works on a variety of repurposed paper, including old blueprints and pages from chemistry textbooks. “He is meticulous in terms of mapping every single section of [Moby-Dick],” says Matijcio. “He does it more in this graphic, colorful way, and he’s really interested in … finding the human qualities in the whale and vice versa, trying to find the animalistic quality in some of the characters.”

Robert Del Tredici: A photographer who documented the effect of the 1979 Three Mile Island accident on the surrounding community, Del Tredici gave up early studies in the seminary to become an anti-nuclear activist and artist. A native of California and resident of Canada, this artist, professor and writer converts his pen-and-ink images into a digital form before adding other elements, such as text, to create a collage that coincides with an idea presented in Herman Melville’s famous book. “There’s kind of a heavy, somber tone to his work,” says Matijcio. “Robert is not taking every piece of Moby-Dick. He’s being a little more selective and finding excerpts and quotations and turning that into an image.”

THEATER: 42nd Street
May 10–11: Akron
The American Dream finds its home on the backstage of Broadway in a dazzling new production of this Tony Award-winning musical classic. Driven by talent and enthusiasm, Peggy Sawyer swaps Allentown, Pennsylvania, for the Big Apple to become a star. 42ndstmusical.com

FESTIVAL: Duck Creek Log Jam
May 27–29: Logan
Rustic camping meets the tunes of the Ben Miller Band, the Larry Keel Experience and more during this three-day festival tucked away in the Hocking Hills. This year, opt to kick your feet up in the Glamping Village, where furnished tents are ready when you arrive. duckcreeklogjam.com

EVENT: Mozart to Matisse: Art in Vienna
April 6: Columbus
The themes and aesthetic influences that inspire music are often intertwined with the world of visual art. As a precursor to the Columbus Symphony’s two-weekend Festival: Vienna 1900, the orchestra collaborates with the Columbus Museum of Art to explore these connections. Through a series of afternoon lectures, enjoy chamber music performances paired with period-specific artworks from the museum’s collection. columbussymphony.com 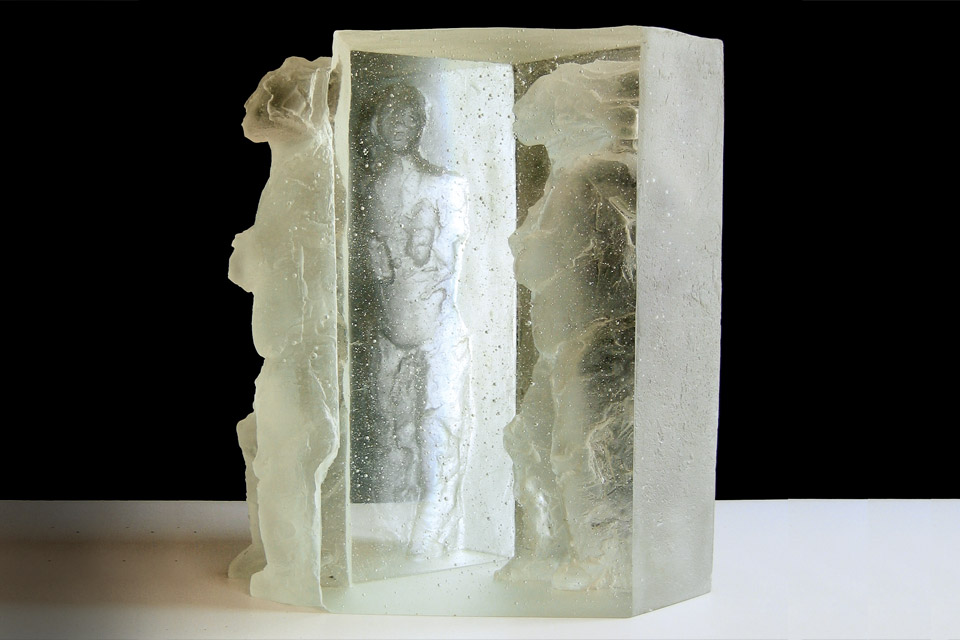 It might be fragile, but don’t call all glass delicate. From intricate floral designs to heavy cast sculptures, the Toledo Museum of Art’s “Hot Spot” exhibition proves the medium can take on many forms.

Generated primarily from local collections, this show features more than 80 works and incorporates many artists who are not yet represented in the museum’s world-renowned glass collection.

The Vistosi Pulcino series, created in 1962 by Alessandro Pianon, are the oldest works in the exhibition. The owner of the pieces traveled to Venice, Italy, to buy the blown-glass birds with complicated millefiori inclusions.

American artist Tom Patti designed installations for the Owens Corning world headquarters in downtown Toledo, but it’s his circa-1995 piece “Spectral Starphire” that finds a home in this exhibition. “It almost looks like an atom bomb explosion on the inside, like a mushroom cloud, and it’s just extraordinary,” says Page.

Harvey Littleton, known as the grandfather of the studio glass movement, is also represented in the exhibition, as well as artist Deborah Moore, whose delicate orchids help show the range of glassworks on display.

“In terms of techniques, it really runs the entire gamut,” Page says, “from sculptures made out of glass beads to painted vessels that are completely nonfunctional.”  — Hallie Rybka

FESTIVAL: Oxford Wine Festival
May 21: Oxford
Discover a lineup of international and domestic wines and beer ready to be sampled during this ninth annual event. Live music, food, artisans and merchants also converge on the quaint streets of this college town. oxfordwinefestival.com

EXHIBIT: Stag at Sharkey’s: George Bellows and the Art of Sports
May 14–June 18: Cleveland
Two boxers are locked together, one poised to take a swing. They’re the subject of George Bellows’ “Stag at Sharkey’s,” which is accompanied by nearly two dozen of the artist’s paintings, drawings and lithographs in this Cleveland Museum of Art exhibition. At a time when the industrial age was rapidly accelerating, a competitive spirit became the American way. For Bellows, an Ohio State University athlete, artistically depicting sport became an exhilarating pursuit. clevelandart.org

MUSIC: Glenn Miller Orchestra
April 24: Bellefontaine
May 17: Fort Jennings
May 14: Marietta
May 18: Cincinnati
Hit records, radio broadcasts and powerful live performances cemented Glenn Miller as one of the most successful bandleaders of the 1930s and ’40s. But after volunteering for the army in 1942, he organized the Glenn Miller Army Air Force Band to entertain servicemen overseas. Today, with authorization from the family estate, an 18-member ensemble continues Miller’s legacy, playing his original arrangements, as well as modern selections performed in the style and sound that Miller created. glennmillerorchestra.com

THEATER: Dirty Dancing
May 17–22: Columbus
Nobody puts Baby in a corner, as you can see for yourself in the stage adaptation of the classic film. Featuring the hit songs “Hungry Eyes,” “Hey! Baby” and the iconic “(I’ve Had) The Time of My Life,” you’ll fall in love with the inspirational story and sensational dancing all over again. broadwayincolumbus.com

MUSIC: The Texas Tenors
April 13: Warren
April 15: Tiffin
April 16: Greenville
April 17: Van Wert
A whirlwind debut on NBC’s “America’s Got Talent” kicked off a string of awards and accolades for this group that blends country, classical, Broadway and contemporary music into one unique sound. thetexastenors.com 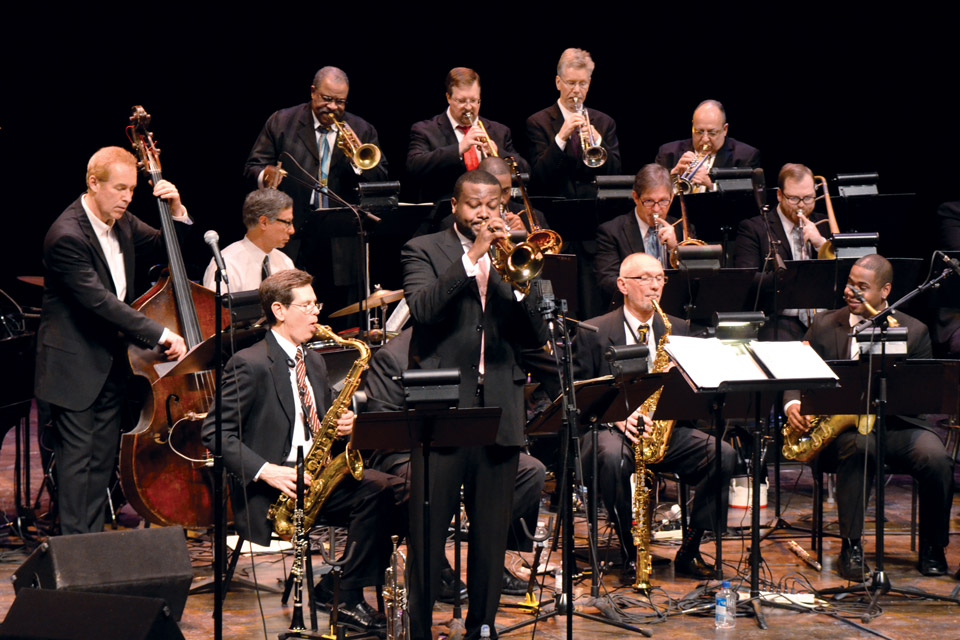 Listen to history come to life as the Cleveland Jazz Orchestra brings the rhythms of the Buena Vista Social Club to Playhouse Square. Located in Havana, Cuba, the club served as a melting pot of regional music before closing in the 1940s. “We are just presenting our versions of Latin American music with our own spirit,” says Paul Ferguson, Cleveland Jazz Orchestra artistic director.  — Alyssa Schmitt

The History: Musicians once flocked to the Buena Vista Social Club to perform a combination of African and Spanish music influenced by European harmonies. “It mixes together due to violence ... and the slave trade,” Ferguson explains. “These things, as terrible as they are, also caused cultures to clash and mix. Without the Spanish invasion of Cuba, music would have gone a different direction.”

The Program: Taking inspiration from the critically acclaimed 1999 film “Buena Vista Social Club,” Ferguson selected songs with jazz influences from throughout the Caribbean. “Jazz is a music that absorbs other types of music and infects it with a certain attitude that is usually improvisational or joy,” says Ferguson.

The Guests: A master of Latin percussion and multi-Grammy nominee, Bobby Sanabria will join the orchestra on-stage, and self-taught guitarist Moises Borges brings a sense of Brazilian authenticity to the performance with his expansive knowledge of samba and bossa nova rhythms. “To hear these older veterans playing this music that goes back hundreds of years is truly inspirational,” Ferguson says.

MUSIC: Legends of Classic Rock
April 30: Dayton
Giving iconic rock hits the symphonic treatment is one thing. But teaming up with special guests Mickey Thomas of Starship and John Elefante of Kansas takes the Dayton Philharmonic’s performance of music by Led Zeppelin, Heart and others to the next level. daytonperformingarts.org

THEATER: Ragtime the Musical
April 12: Portsmouth
May 5–8: Toledo
Seemingly worlds apart in turn-of-the-century New York, an upper-class wife, a Jewish immigrant and a young Harlem musician unite through a shared belief in a better tomorrow in this Tony Award-winning musical. ragtimeontour.com