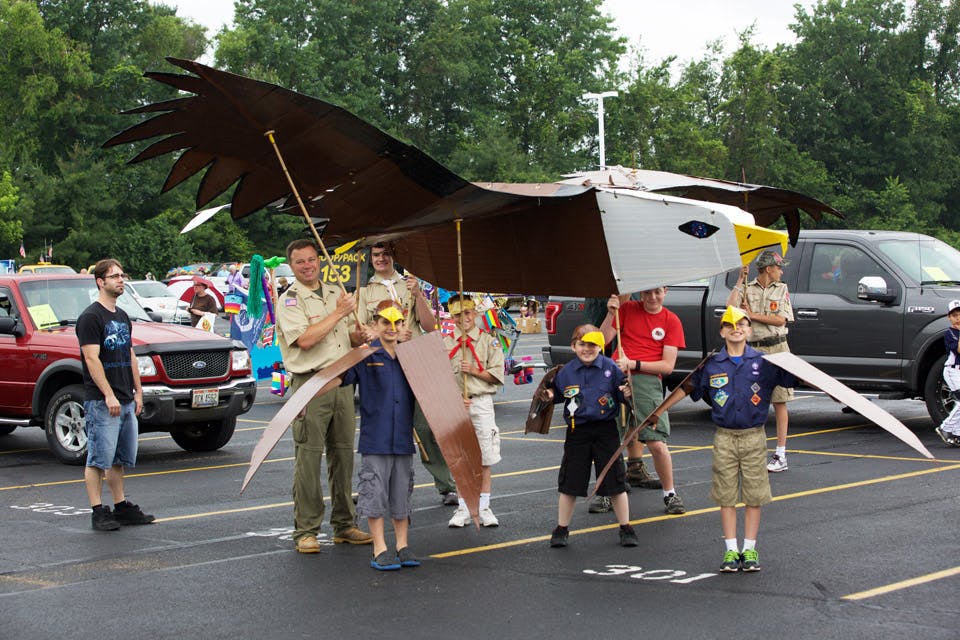 Ohio’s famous Duck Tape brand celebrates the amazing things that can be made with it at festival.

Traditionally, duct tape is associated with quick fixes and temporary repairs. But for more than a decade, the city of Avon and the manufacturer of the Duck Tape brand that calls it home have celebrated the product by highlighting exceptionally creative uses for it, ranging from parade floats to fashion shows.

Admission is free for the Avon Heritage Duck Tape Festival, a three-day event set for June 17 through 19, and the first 500 people who attend each day will receive a free roll of Duck Tape. The event is celebrating its 13th year with an Americana theme. Naturally, Duck Tape, which is made by northeast Ohio’s ShurTech Brands in a multitude of colors and patterns, is once again its sponsor.

“[The company] is an integral part of the business community in Avon,” says Ashley Luke, category manager of color Duck Tape and Craft Tape for ShurTech Brands. “We have a new sign that we put up last year that says ‘The World Headquarters of Duck Tape.’ ”

Here are some of the activities, events and other fun to look out for at this year’s festival.

Fun on Parade: A Saturday parade features 20 to 30 floats constructed from Duck Tape by Avon organizations and groups, as well as those from neighboring communities. Although floats are routinely kept secret until the day of the parade, Luke says visitors can expect plenty of American icons in the mix this year. “You really won’t see the Duck Tape floats anywhere else,” she says. “And people do travel great distances to come and see all of these things.”

Designer Duds: Duck Tape’s 250 colors and designs lend themselves well to the festival’s fashion show, which is set for Saturday. Around 200 people participate each year, and in 2014, the festival set a Guinness World Record for most people modeling Duck Tape at a fashion show. “There are many times where, from far away, it’s hard to tell they’re actually made out of Duck Tape because they’re created so well,” says Luke.

Art Projects: Human-size duct-tape sculptures created by students and faculty members from the University of Cincinnati are part of the weekend fun. This year, the sculptures will also be inspired by icons synonymous with the United States. Creations in past years have included a turtle, a Tiki bar and an oversize Mr. Potato Head. “They are a big draw for people because they are genuinely life size, if not larger,” says Luke.

Visit ducktapefestival.com for more information and a full schedule of events.