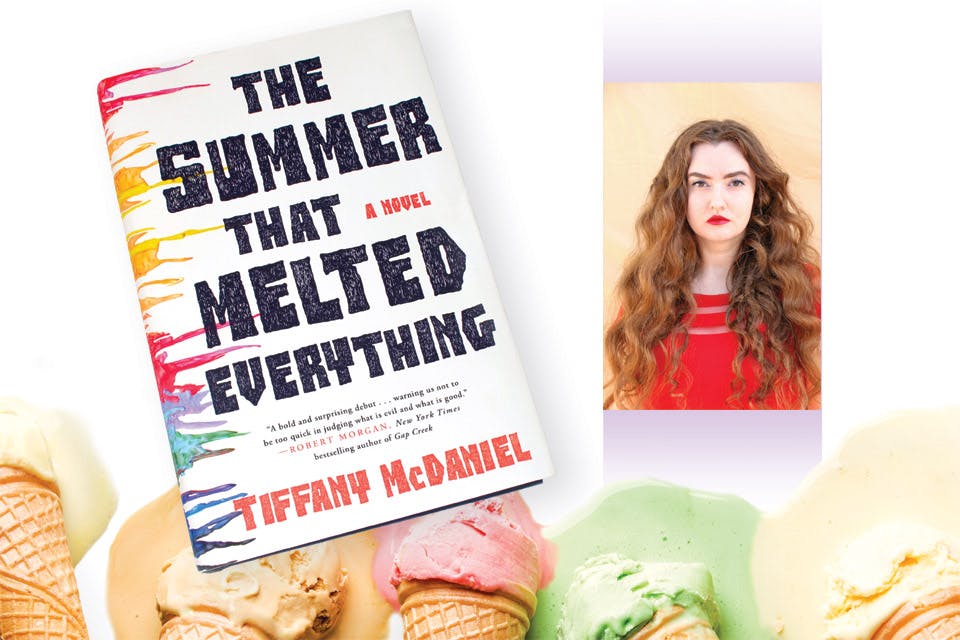 The Circleville resident’s debut novel examines the clash of good and evil in the fictional town of Breathed, Ohio.

When Sal shows up at the home of prosecutor Autopsy Bliss, his wife Stella and their two sons, he appears to be a battered teen in need of a loving family.

But as the idyllic town of Breathed, Ohio, experiences a blistering summer heat wave unlike any before and strange accidents claim the lives of residents, Sal finds himself in a maelstrom of accusation. Is the 13-year-old simply a lost soul — or is he the devil in disguise?

That mystery is at the center of Circleville resident Tiffany McDaniel’s debut novel, The Summer That Melted Everything, published by St. Martin’s Press.

“I began writing the book during an Ohio summer evening in 2013,” says McDaniel. “It was so hot, and I felt like I was melting — and so the title was born.”

McDaniel, who began writing novels at age 18, talked to us about her writing process, how the forces of good and evil shape our lives and what living in Ohio means to her.

How did growing up in Pickaway County shape you as a writer?
I spent my childhood summers and weekends during the school year in the house and on the acreage my father’s parents left him. The house is an old cinder-block square surrounded by rolling hills. … It’s a place you can hear the bullfrogs and the crickets and see all the stars in the sky come nightfall. For a child, it was all front-porch heaven. The older you get, the more you see that paradise chipping away.

What is your writing process like?
I always find writing to be a very easy and natural flow. When I set out to write a novel, I start with two things: the title and the first line. I never outline a story or preplan the lives of the characters or the direction their story will take. So what you’re reading on the page is really just what was in my head at the moment I sat in front of the laptop. When I started working on The Summer That Melted Everything, I knew it would involve the devil. But I didn’t yet know what its madness would seem like or what twisted snakes would end up filling in the spaces, because I always do discover the story as I go along.

You begin each chapter with lines from Paradise Lost, the poem by John Milton describing the biblical story of Adam and Eve’s dismissal from the Garden of Eden. Why does the work resonate with you?
After I finished the novel, I thought about what a good way to begin each chapter would be, and it just made sense to title the chapters with quotes from Paradise Lost. I came across the epic poem when I was in my early 20s, and I was immediately drawn to it because it explores a subject which has always fascinated me — Adam and Eve’s fall from paradise. I think the parallels to Milton’s work and my book are very obvious. I only hope that by including quotes from Paradise Lost, I’ve done right by him and his musical work, which has withstood the test of time.

One of your characters in The Summer That Melted Everything is named Autopsy, which is an unusual name for an attorney. How did you choose the name?
It’s just a word I had actually seen the day I began the book, and it was in my head. You look up the definition of what that means, and then you realize the undertone, which is to see for oneself, and that became a very big scene within the novel. Sometimes the serendipity of finding these things just happens and comes together in the end.

The battle of good and evil courses through every page of the novel. What inspired you to infuse the book with that subject?
Good versus evil is one of the things I’ve always personally thought about. In fact, I think we all think about it as a universal theme — creation and what it means to have the human experience. So it just naturally came into this novel through the characters and their struggles and how they stick together in their family and friendship.

What is the moral of the story?
There are many morals to be found in the novel. One of the biggest is that good and evil battle each day inside of us all, and we are only as godly as the love we give, and we’re only as devilish as the hate we spread.

Visit tiffanymcdaniel.com to learn more about The Summer That Melted Everything.