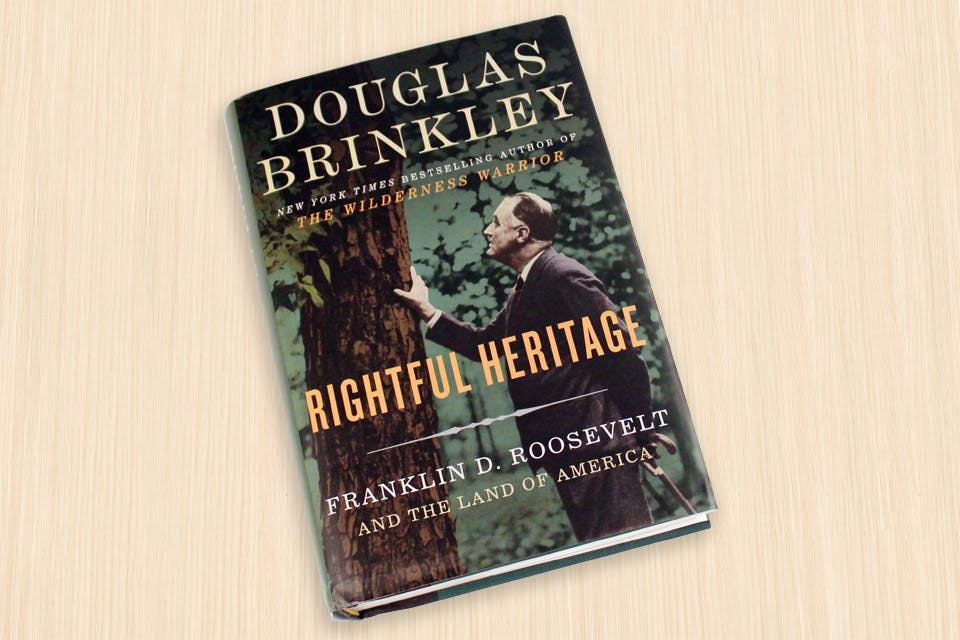 The former Perrysburg resident talks FDR, conservation and his love for history

As a diligent 8-year-old, Douglas Brinkley crafted his first book — an encyclopedia of famous Americans he admired — out of notebook paper and thread.

Five decades later, Brinkley, who grew up in Perrysburg and earned his B.A. from The Ohio State University, followed by an M.A. and Ph.D. from Georgetown University, is still at it. He’s become one of our country’s pre-eminent historians, penning more than a dozen books about the people, places and events that have shaped the American landscape, ranging from Wheels for the World: Henry Ford, His Company, and a Century of Progress to Rosa Parks: A Life to The Great Deluge: Hurricane Katrina, New Orleans, and the Mississippi Gulf Coast.

“I’m such a lover of America that I want to see it all documented in all its glory and all its mistakes,” says Brinkley, 55, who also teaches history at Rice University in Houston, serves as CNN’s presidential historian and is a contributing editor at Vanity Fair magazine. 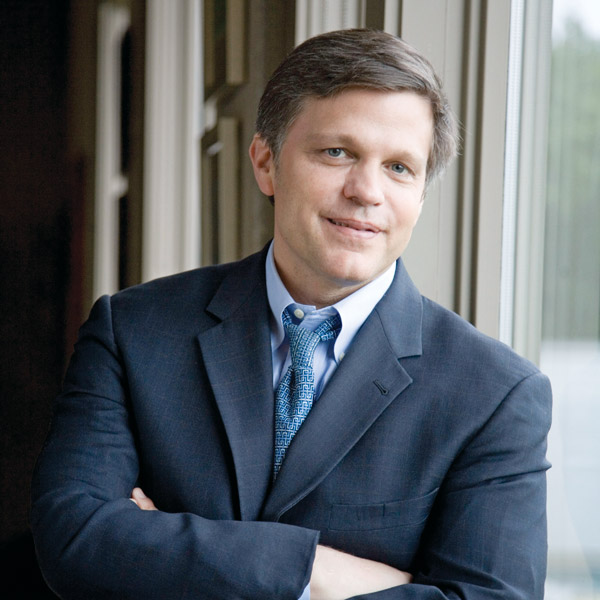 
His book, Rightful Heritage: Franklin D. Roosevelt and the Land of America, chronicles what Brinkley calls the former president’s “undersung” commitment to conservation.

Brinkley talked to us about what makes a good subject, why he loves Ohio and how to instill a sense of history in younger generations.

Why is telling the story of this phase of the Franklin Delano Roosevelt presidency so important to you?
In the history of the conservation movement, there are two presidents who stand tall far and above everybody else: Theodore Roosevelt and his cousin Franklin Roosevelt. When I was working on my book The Wilderness Warrior: Theodore Roosevelt and the Crusade for America, which came out in 2009, I realized that Teddy Roosevelt was a founding father of the conservation movement, but it was FDR who continued those efforts. FDR created what would become today’s U.S. Fish and Wildlife Service, and it is thanks to him that we now have over 550 wildlife refuges around the country. He was also the progenitor of the modern [national] park, saving so many wild and scenic places — ranging from the Great Smokies to the Everglades, Joshua Tree and the Grand Teton region — and preserving many of our historic buildings and battlefields. He created the Civilian Conservation Corps, which planted 3 billion trees nationwide at a time when America was battling Dust Bowl drought. FDR loved America so much that he wanted to save its beauty.

You were born in Atlanta, and your parents, who were high school teachers, moved to Perrysburg when you were 10. Did living there spark your interest in history?
I’ve been blessed that I’ve never had to make a career decision. Since childhood, I knew I wanted to be a historian. Perrysburg is an idyllic place for history, and I became a giant War of 1812 buff and became fascinated with Fort Meigs, the Battle of Fallen Timbers and Oliver Hazard Perry. Rutherford B. Hayes had lived down the road from me in Fremont, and we would visit the presidential center on school field trips. I also became a big fan of Ohio Civil War generals. When my family and I visited Ulysses S. Grant’s birthplace along the Ohio River, it was endlessly captivating to me because I couldn’t believe that Grant once walked on the land that I was walking on. Although I live in Austin, Texas, I always love to come back to Ohio. It’s my homeland.

Why is recording history so important to you?
I don’t see how one can be a good citizen if they don’t know the history of their own country, and I like to account for that history. Wherever I go, I spend time visiting the local historic sites and talking to librarians. It helps me process time and space.

How do you choose what or whom to write about and what fuels that passion?
Passion is the right word. When you take on a book project, it’s going to be so much work that you’ve got to be sure the subject is one you want to live with for a while. Most of the time, I write about a person or topic that interests me. But sometimes, I see an opening in literature that needs to be filled. Rightful Heritage is an example of that. A lot has been written about FDR, but the story that’s never been corralled or told in the right way was his dedication to saving state parks, forests, grasslands and so many of the places my parents would take me to and that I visit with my kids today.

Is it challenging to write history books geared toward a general audience?
Good question. Because I did my Ph.D. in history, I grew up in the academic world, so I’m a big believer of having books girded with scholarship. I also love finding new documents and diaries that nobody’s seen before. But most important to me is communicating about the past to the general public, whether it’s in my books and articles, in the classroom or through my work on radio and television. I want people to really understand the backstory of James A. Garfield or Rutherford B. Hayes and recognize the importance of Neil Armstrong and John Glenn. I see my audience as somebody like myself when I was young and moving forward to learn about the past.

During an interview on “The Daily Show,” Jon Stewart joked that people can read the book you wrote about Teddy Roosevelt, and “it opens up and then folds out into a bed.” None of your books are lightweights, including Rightful Heritage, which is 744 pages long. Is that a conscious decision on your part?
Well, there are times when I write shorter books. They are easier to do, and publishers like them because they don’t have to pay expensive shipping fees. But I’ve learned that to get serious review attention you’ve really got to own your topic and be definitive and exhaustive about it. When I write, I’m writing for the ages. So when I take on one of those big books, I don’t want to leave out information. My goal is to create a body of work that has some long-term meaning, not just short-term pizzazz.

What is the research and writing process like for you?
I work with the material forever. I’ve been thinking about FDR and the Civilian Conservation Corps for years because I visit all the places that were built and collect information about them. In order to take on a big book, you’ve got to know about the subject in such a way that you build on the work of your predecessors. The process can be a decade-long period of selecting materials and finding archives, followed by two to three years of actually sitting down and writing.

During a C-SPAN interview several years ago, you mentioned that you are not a fan of social media and do not read e-books, preferring instead to hold a book in your hands. Do you think books the way so many of us know them will ever disappear?
I carry books with me everywhere, and I’m speaking to you on an old flip phone. I’m not very keen on technology. It’s not my thing. I don’t have an aptitude for it or an interest to develop one. Like some people are wine connoisseurs, I am a connoisseur of the physical book. There are millions of people left who prefer hardback editions with dust jackets. It’s a shrinking number, but I know there will always be a healthy club of readers who like it that way because I meet them all the time. There are still plenty of young people who are not reading their books online or on a Kindle.

In 2013, you partnered with Johnny Depp to edit and publish House of Earth, a long-lost novel by folk singer Woody Guthrie. How did your friendship with the actor evolve?
Depp and I have been friends since the early 1990s. We met through our mutual friend [journalist and author] Hunter S. Thompson. I was working on another book when I discovered Guthrie’s manuscript, so Depp and I partnered with HarperCollins to publish House of Earth, under Depp’s company, Infinitum Nihil. Proceeds from sales are donated to the Woody Guthrie Center to support school music programs. Down the line, I will be writing a book on Bob Dylan for Depp’s company. The key to it all is that Depp and I are both book collectors.

Do you have any advice for parents and grandparents on ways to instill a sense of the importance of history in children?
Thanks to my parents, I became a history wonk at a very early age. They had a 24-foot Coachmen trailer and a station wagon, and every summer we would take long trips to historic sites. To instill the importance of history, you have to do the same thing: Visit it. You have to go to places like the Gettysburg battlefield, take a steamboat ride down the Mississippi River, get out there and see that history is not something that’s boring and abstract. The more history tourism you do, the more literate your children will become.

What’s next?
This summer, my wife, kids and I will be spending a lot of time in Virginia, visiting Jamestown, Williamsburg and Thomas Jefferson’s Monticello. Then, I’ll be going up to Minnesota to visit Hibbing, where Bob Dylan grew up. I get a real charge out of going to places where history was made. If I don’t go, it’s harder for me to visualize it when I’m writing about it.

This article appeared in the April 2016 issue. For information on Brinkley's current projects, visit douglasbrinkley.com. 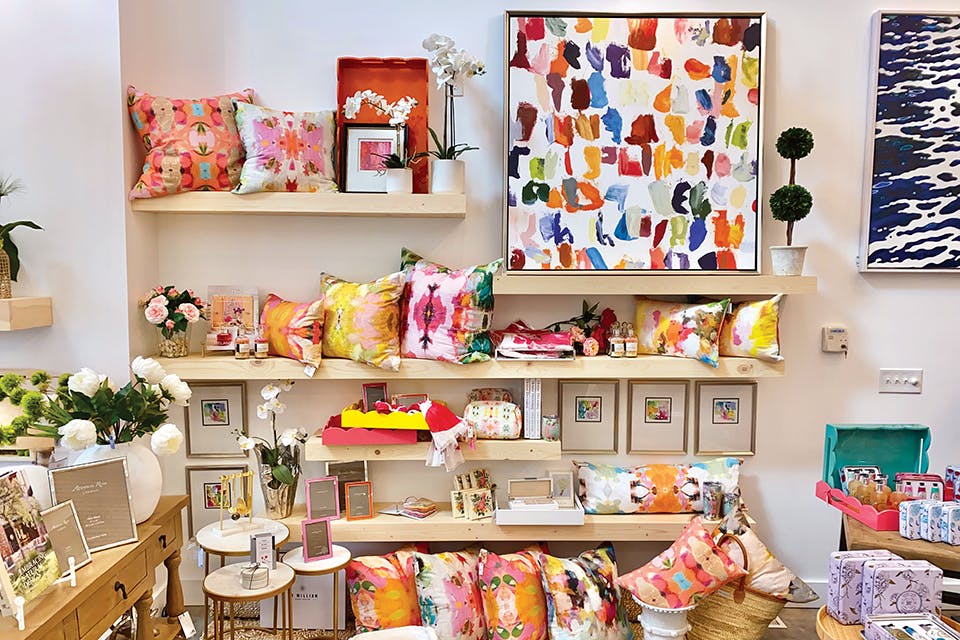