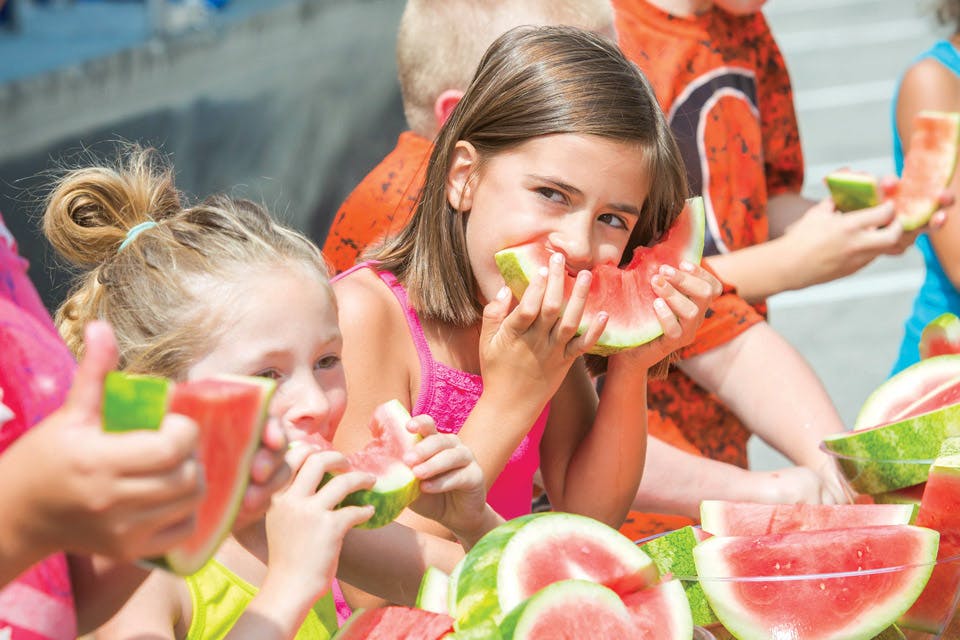 Every Labor Day weekend, the small town of Milan welcomes the masses. An estimated 100,000 people stop by the northwest Ohio village of fewer than 1,500 residents to experience the annual Milan Melon Festival.

Dating back to a time when the area was home to an abundance of melon growers, the festival is now celebrating its 58th year with amusement rides, food booths, contests, a 5k run, live entertainment and more family-friendly activities. The melon theme carries itself throughout the Milan Village Square in watermelon-eating and -carving contests, as well as festival apparel. You can also buy muskmelons and watermelons from local grower Tender Shoot Farms.

On Sunday at 2 p.m., you can catch the parade, which rolled through town with nearly 90 participants last year. “This year being an election year, we have quite a few candidates [participating],” says Bill Harris, a member of the Milan Lion’s Club, a sponsor of the festival parade.

The Classic Car Show, which takes place on Saturday from 9 a.m. to 2 p.m. just a few blocks away from the main festival hub at Milan Village Square, features vintage vehicles ranging from Ford Model T’s to Plymouth Roadrunners.

“The last five to 10 years, it had gone away,” says Susan Trizna, a member of the Edison Elementary Parent-Teacher Organization and organizer of the car show. “The PTO decided to bring it back.”

But it’s no secret there is one thing that keeps many festivalgoers returning year after year: the ice cream. You’ll find long lines of people waiting for their scoop of cantaloupe ice cream or watermelon sherbet — two treats that Sandusky’s Toft Dairy produces exclusively for the Milan Melon Festival.

“We focus everything around the ice cream,” says festival chairperson Tracey Timbs. “You can only get it this time of year.”