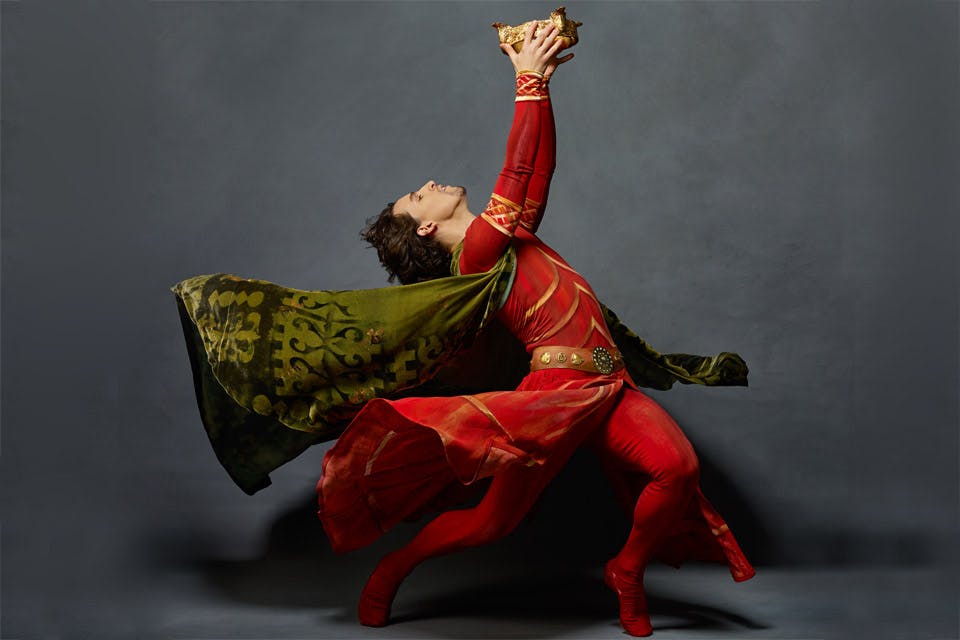 The Cincinnati Ballet brings the timeless tale to life at the Aronoff Center for the Arts Feb. 10 through 12.

Epic sword fighting meets a passionate tale of love and betrayal as the Cincinnati Ballet leaps into the realm of “King Arthur’s Camelot.” Puppets, jousting and regal costumes designed by Sandra Woodall help transform the Aronoff Center for the Arts into a kingdom at war. Although the tale of a love triangle between King Arthur, Guinevere and Lancelot (and the tragic battle that ensues) isn’t frequently interpreted for ballet, Cincinnati Ballet CEO and artistic director Victoria Morgan found the legend appealing. “It’s full of intrigue and drama and theater and great physicality for the men,” she says. “Almost every aspect of it was connected to movement.” We talked with Morgan about bringing this medieval fantasy to life on stage.

Perfect Score: With a storyboard in place, John Estacio created an epic and melodic original score for the ballet. “The first thing he created was the wedding pas de deux,” says Morgan. “It was so beautiful and captured the essence of the youth and the young romance — the freshness and sort of naive passion of it.”

Scene Setting: Morgan chose projections to help tell the story, from a smoky screen that evokes evil when Mordred enters to the lovely greenery that fills the background when Arthur and Guinevere first meet. “When Guinevere enters, it has this little spark of light that shimmers through it,” explains Morgan. “It’s that kind of stuff that’s subtle yet makes a huge difference in understanding and relating to the essence of the story.”

Modern Appeal: A striking fantasy world visually, “King Arthur’s Camelot” also offers thought-provoking material for an adult audience. “The consequence of acting on impulses and the consequence of moving outside the lines of societal structure and order, we’re all faced with that on different levels,” says Morgan.