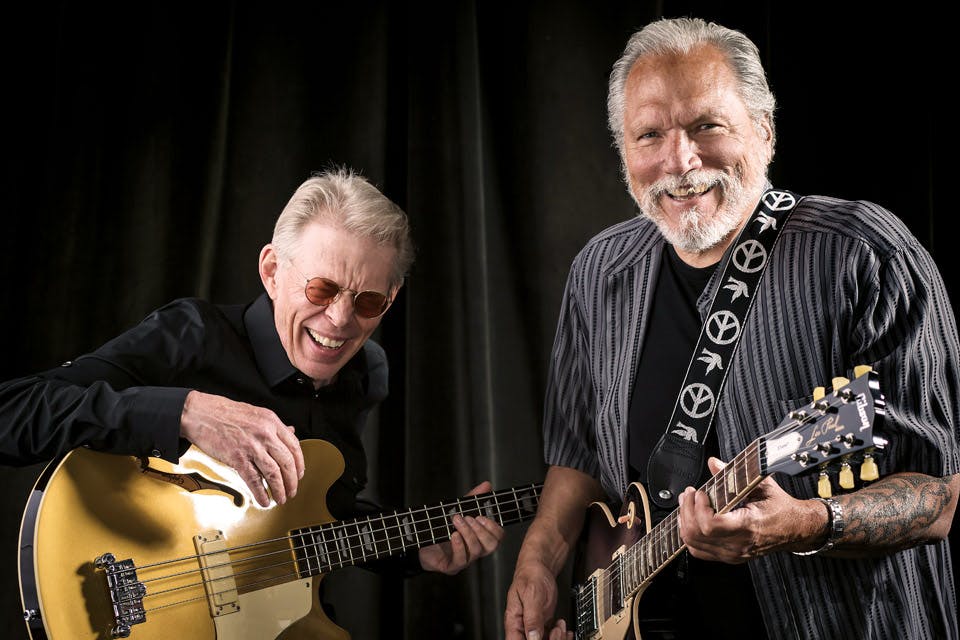 The former guitarist for Jefferson Airplane talks with us about performing, teaching and how he ended up in Ohio.

He was born in Washington, D.C., and spent much of the 1960s in San Francisco playing lead guitar for the rock group Jefferson Airplane.

But when it came time to put down roots, Jorma Kaukonen found peace and harmony in Pomeroy. Since 1998, he’s been teaching guitar at the 119-acre Fur Peace Ranch music camp in Meigs County that he and wife, Vanessa, own. Kaukonen and Jefferson Airplane bandmate Jack Casady also perform in Hot Tuna, a blues band they formed in 1969. The group will take the stage at Marietta’s Peoples Bank Theatre on Nov. 30.

In August, Kaukonen, who was inducted into the Rock and Roll Hall of Fame with Jefferson Airplane in 1996, published his memoir, Been So Long: My Life and Music. As Hot Tuna is set to perform in Marietta this month, we talked with Kaukonen about music, teaching and how he ended up in Ohio.

On Performing: “I was a shy kid, and my discovery of the guitar coincided with the emergence of rock ’n’ roll,” Kaukonen says. “It gave me a sense of identity and a way to communicate without actually having to talk.” But coming of age in the psychedelic ’60s in San Francisco meant dealing with the substance abuse that was part of the era. “In the beginning, [Jefferson Airplane] was unified in our goal of being a successful popular music group. But as time went on, the creative process ceased to be exciting.”

On Teaching: “In the early ’60s, I supported myself by teaching at a guitar store,” Kaukonen says. “I learned the best way to communicate with students at all levels is in a nonintimidating way, so that it opens a door for them. They’ll never think, I’ll never get that. Because given the time and practice, they will get it.”

On Ohio: Kaukonen bought his southeast Ohio property in 1989, after a friend told him about the opportunity. Being an integral part of the San Francisco music scene and having a music camp on the drawing board, Kaukonen was not sure his neighbors would accept him. “We must have looked like oddballs when we showed up,” he says, “but we were never anything but welcomed.”