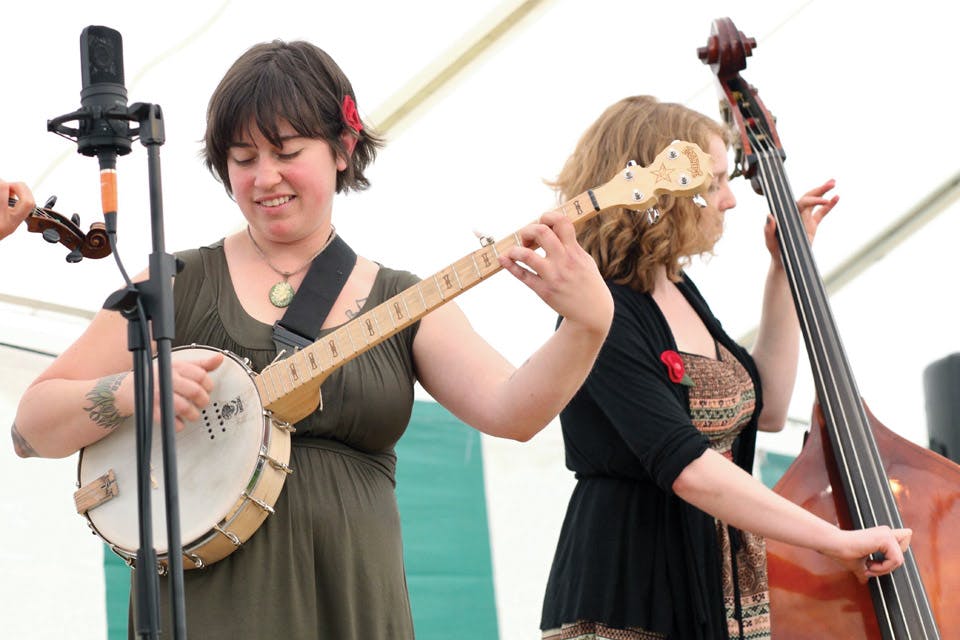 What began two decades ago as a one-day celebration of folk music has become a weekend devoted to 15 variations of the genre. More than 5,000 folk-music enthusiasts are expected at this year’s 21st annual fest in Battelle Darby Creek Metro Park, showcasing 30 musicians on three stages. The family-friendly event also features workshops ranging from improvisation to playing the perfect riff. “The festival is educational to its very roots,” festival director Diane Boston says. “Parents have told me that their little one picked up a fiddle here and began violin lessons the next year.” We talked to a few artists hitting the stage this year.

Dave Hawkins: Cincinnati guitarist Dave Hawkins never ignores the voices of the musicians he admires that are swirling around inside his head. Some days it’s Peter, Paul & Mary. Other times, it’s Judy Collins with whispers from The Who. “Wherever I’m playing, they’re all there,” the 60-year-old says. Hawkins regales audiences with stories springing from activities his grandchildren are involved in (“Girl Scout Cookies”) to a married couple going through the motions of being a twosome (“Sunday Mornin’ Train”).

The Relentless Mules: It didn’t take long for a jam session six years ago to spark the idea to form a band. These days, Columbus’ Chris Stevens, Dan Phelps and Glenn Rinehart love nothing more than sharing bluegrass tunes. “About a year after that session, we were determined to start our own band,” Stevens says. “We were, in fact, relentless about it.” Stevens explains why the Central Ohio Folk Music Festival is a favorite: “It provides an opportunity for folks from 6 to 60 to learn about this music … in ways they never had before.”

The festival is May 6 and 7. For more information, visit columbusfolkmusicsociety.org.