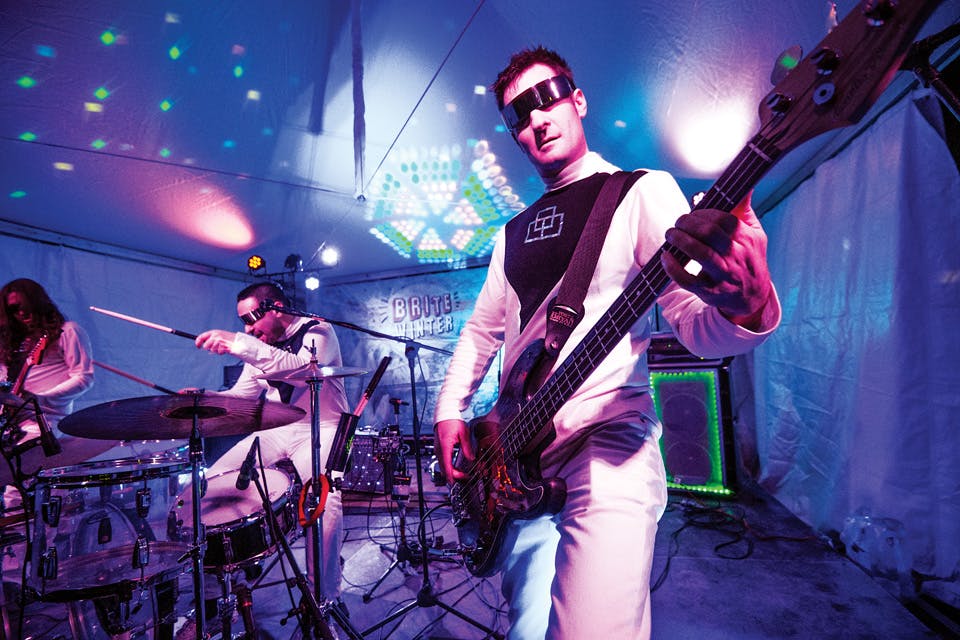 This annual outdoor festival encourages Ohioans to embrace the cold with a full lineup of musical acts and art-experience tents.

Emily Hornack admits she’s lukewarm about our winters. The Cleveland Heights resident finds the cold rejuvenating, but the lack of consistent snow sometimes gets her down.

“People who live in Minnesota and Michigan’s Upper Peninsula really look forward to winter because there’s a whole set of activities, including snowmobiling, ice-skating and cross-country skiing you can do on a regular basis,” she says. “But you can’t consistently engage in them here, because we don’t have that kind of climate.”

So, while she was a student at Case Western Reserve University earning a master’s degree in speech pathology, Hornack decided the time had come to stop complaining and try coaxing Ohioans out of hibernation. She and several classmates tossed around the idea of creating an arts festival in the dead of winter when it was needed most. After contacting artists and musicians to gauge interest, Hornack and her friends co-founded an event they hoped would double as a showcase for Cleveland’s cultural community. Hornack dubbed it Brite Winter after the Rainbow Brite doll she cherished as a child.

“We figured it would be a small gathering in a tent in one of our backyards,” Hornack says. “The next thing we knew, we were partnering with several organizations and ended up on the West Bank of the Flats. About 700 people showed up during a blizzard to hear three bands. I am thrilled the event has become a Cleveland tradition.”

No matter the weather, upwards of 20,000 people are expected to attend this year’s 10th annual Brite Winter fest on Feb. 23. More than 40 local and regional bands and singer-songwriters will perform in genres ranging from indie rock and hip-hop to funk and jazz on three outdoor and two indoor stages. Heated tents and businesses will be filled with installations by local and regional artists, including this year’s centerpiece: a trio of art-experience tents exploring the festival’s theme, “By Land, By Sea and By Air,” which celebrates the retro-glamour days of travel.

“It brightens up the dreariest time of the year,” says the festival’s executive director Brian Horsburgh. “That’s what it’s all about — it’s one more way in which we can share Cleveland pride and give people a chance to see what the city is made of.”