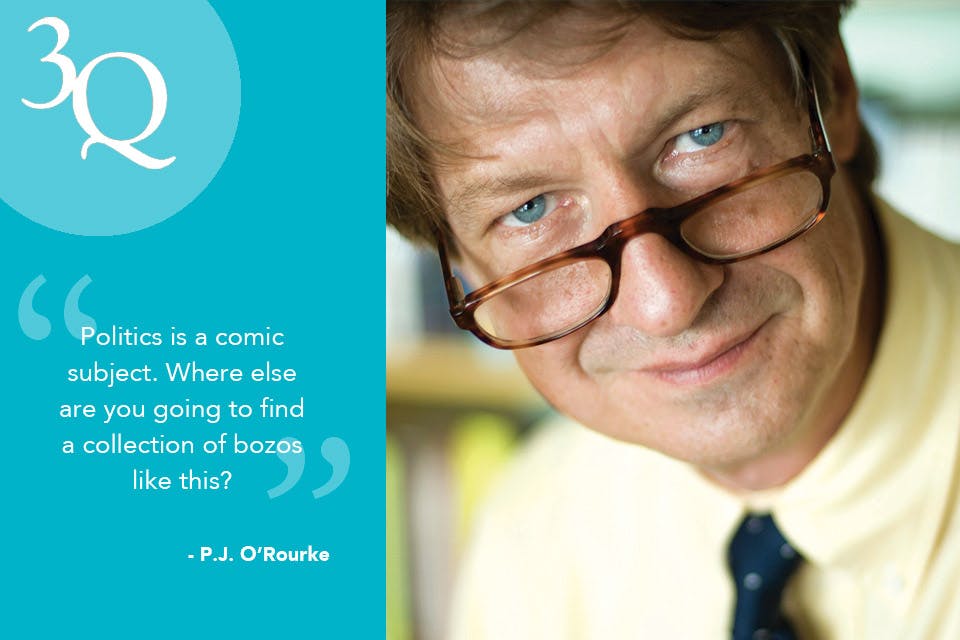 The Ohio native talks about growing up in Toledo and his days 'National Lampoon.'

Articulate, acerbic and always funny, P.J. O’Rourke has opined about everything from Congress to crankshafts while writing for publications such as National Lampoon, Rolling Stone and The Weekly Standard. The Toledo native’s new collection, Thrown Under the Omnibus: A Reader, is 844 pages of his signature satire accompanied by a strong dose of common sense.

“It’s very valuable for squashing bugs or as a doorstop,” says the 67-year-old O’Rourke, who now lives in New Hampshire. “We made it as big as we could.”

He also appears in the new film “Drunk Stoned Brilliant Dead: The Story of the National Lampoon,” a documentary that chronicles the rise and fall of the groundbreaking humor magazine. We talked with O’Rourke about his upbringing, working with fellow Ohioan Doug Kenney and politics.

You attended DeVilbiss High School in Toledo and Miami University in Oxford. How did those experiences help shape you?
Toledo was a great place to grow up and was economically lively in my day. I go back at least once a year. There are some killer kielbasa places and the Toledo Club is wonderful … a gorgeous old building, a fabulous bar and excellent food. Miami was college as college should be with a bucolic campus. And the first time I ever saw a National Lampoon was when I was visiting my girlfriend at Kent State.

The late Doug Kenney grew up in Chagrin Falls and went on to write “Animal House” and “Caddyshack.” What was it like teaming up with him to produce the 1974 magazine spinoff National Lampoon 1964 High School Yearbook Parody?
Doug had his troubled moments but was not a fundamentally troubled soul. He was the first person I got to know at Lampoon and we were good friends. We had a room full of yearbooks and we realized they were all alike. We deliberately did our own photographs to match the yearbooks of the day. Dacron was a mystery city in Ohio, a combination of Dayton and Akron. To this day, I am very proud of the thing.

Being a liberal in college, how did you evolve into such a staunch Republican political satirist?
I was born and bred a solid, rock-ribbed Republican. My great-grandfather was friends with President [William] McKinley. I had about a five-year infatuation with the hippie-dippy, left wing crap. Politics is a comic subject. Where else are you going to find a collection of bozos like this? No matter how stupid and vile politics may be, it’s still an art and even the darkest arts require practice. And Obama just wasn’t ready for the job.