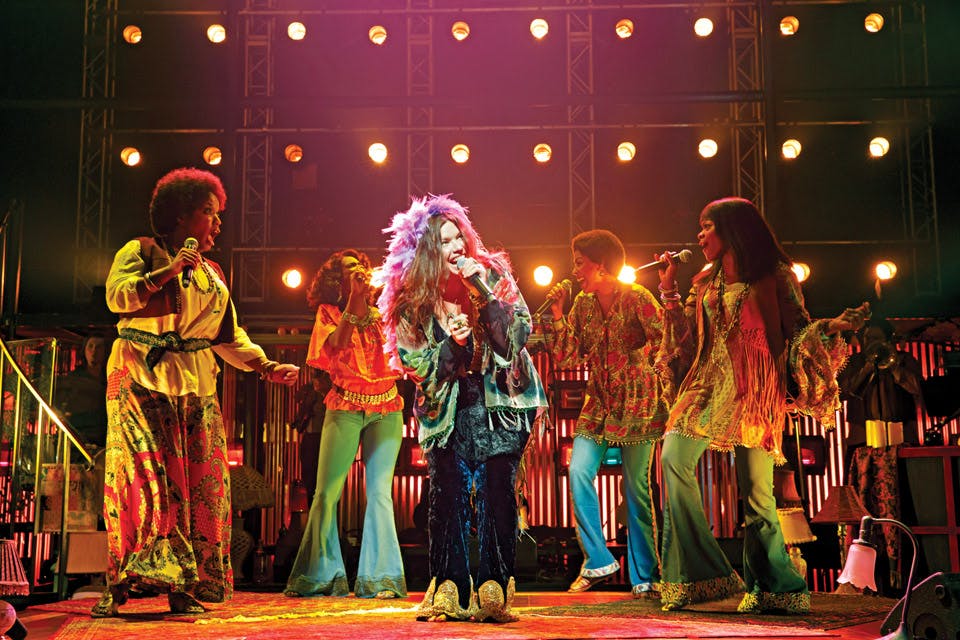 The Ohio native and "A Night with Janis Joplin" Tony Award nominee discusses the icon she portrays.

As a teenager at Fairview Park High School, Mary Bridget Davies would often dress up as Janis Joplin for Halloween.

“I wore outlandish glasses and feather boas, but everyone thought I was Elton John,” she recalls. “When I said I was Janis Joplin, they all said ‘who?’ ”

Although her friends may not have recognized the iconic rock star, who tragically died at age 27 from a heroin overdose, Davies has become the keeper of Joplin’s flame during the past decade. From her 2006 stage debut in “Love, Janis” to her 2014 Tony Award-nominated performance in “A Night with Janis Joplin,” Davies has captured the soul of rock’s first female superstar.

“There’s a difference between an imitation and an interpretation,” says Davies, who brings the new tour of “A Night with Janis Joplin” to Cleveland’s Connor Palace Theatre March 2 and Dayton’s Victoria Theatre March 3 and 4. “You have to bring the experience of Janis, not just be a mockingbird.”

You’ve said your parents loved blues music and played it often during your childhood. What is your first memory of hearing Janis Joplin?
The song was “Piece of My Heart” and it made me crazy. I was 6 and even then I knew what it was. My mom said I was just jumping up and down and screaming. It struck a nerve. I think I somehow knew how she connected to the music and the way she interpreted it.

People who see the show are amazed by your portrayal. Do you consider yourself Joplin’s kindred spirit?
It’s like I was accidentally preparing for this role my whole life. Janis’ gift chose her and I feel the same way. The show is emotionally and physically exhausting — fortunately I was born with an extra amount of energy. Seeing Janis [perform] was a visceral experience. … It was as much about her fans as it was about her. I’m always nervous before a show because I want to do right by her.

Joplin is often remembered more for her untimely death than her talent. What is her real legacy?
She has been painted with a mean-spirited, unflattering brush. She didn’t just land on the planet at age 24 as a rock star. There were no other women before her who did this. There was no instruction manual on how to be a rock star. She was actually a very loving and considerate person.