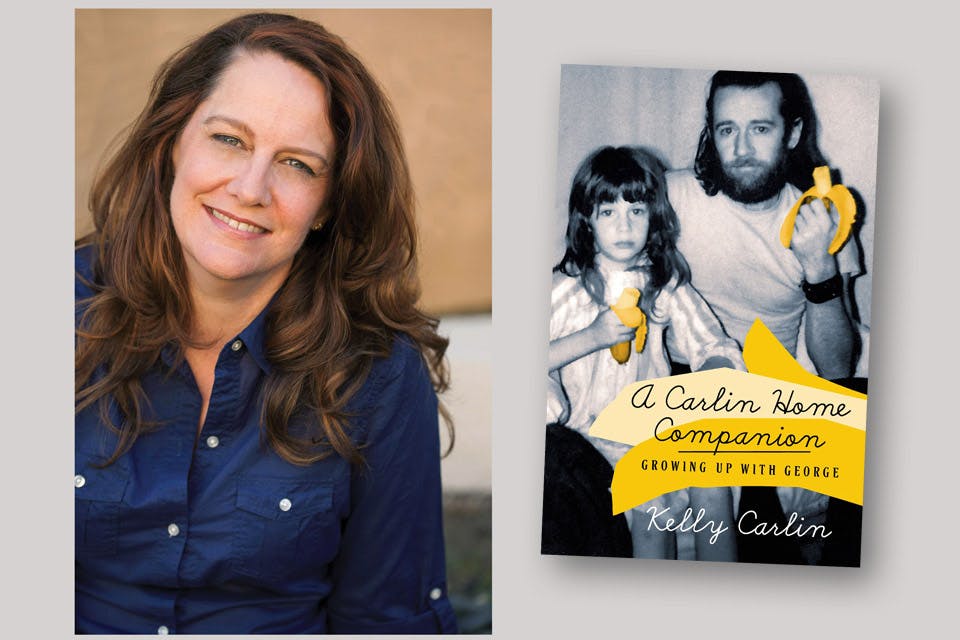 In August of 1960, George Carlin and his comedy partner Jack Burns arrived in Dayton for a two-week gig at The Racquet Club. It ended up being a life-altering appearance for Carlin, who was smitten by the club’s attractive hostess, Brenda Hosbrook.

“It was lust,” Kelly Carlin says with a laugh when discussing how her parents met. “There was a spark. They were both good looking and had a great sense of humor.”

Her book, A Carlin Home Companion: Growing up with George, which was published this fall, is an unvarnished look at the chaotic life Carlin shared with her parents and the addictions all three of them battled.

Carlin, now 52 and living in Los Angeles, talked with us about her parents’ relationship, her upbringing and her comedy icon father.

Your mother was a pianist who had a full music scholarship to Ohio Wesleyan. How did meeting your father change her life?
Well, Dayton is a big reason I’m here [laughs]. Mom had felt shackled by still being in Dayton, and here comes this young, handsome, smart man. She was very adventurous and Dayton was too small for that adventurous soul of hers. I was a couple months old when we went to live in New York City. My mom was very much a part of everything my dad did. She had that Midwestern ability to take people for who they are and look beyond all the BS.

Your father nicknamed your family The Three Musketeers, but there was a lot of drama for a young girl. How did you deal with it?
My mother’s alcoholism was the biggest problem in our household. You’re a fish living in the water you live in. On some kind of level, I knew everyone else was not living like this. Rarely did I go into a friend’s home where a parent wasn’t drinking, but there was a sense of discipline, where I was very much in a free-form kind of household. But my dad had a deep sense of inner discipline. This was a man who got things done.

What do you want people to know about your father?
My dad was a man, a father, a husband and an artist, and all of those things entail challenges. We were on a rocket ship of fame, and from the outside it looked spectacular. But underneath all of that, he struggled at times as we all do. A few years before he died, I felt him pulling back on some level. I think his life was getting smaller and he was preparing me for him not being here.