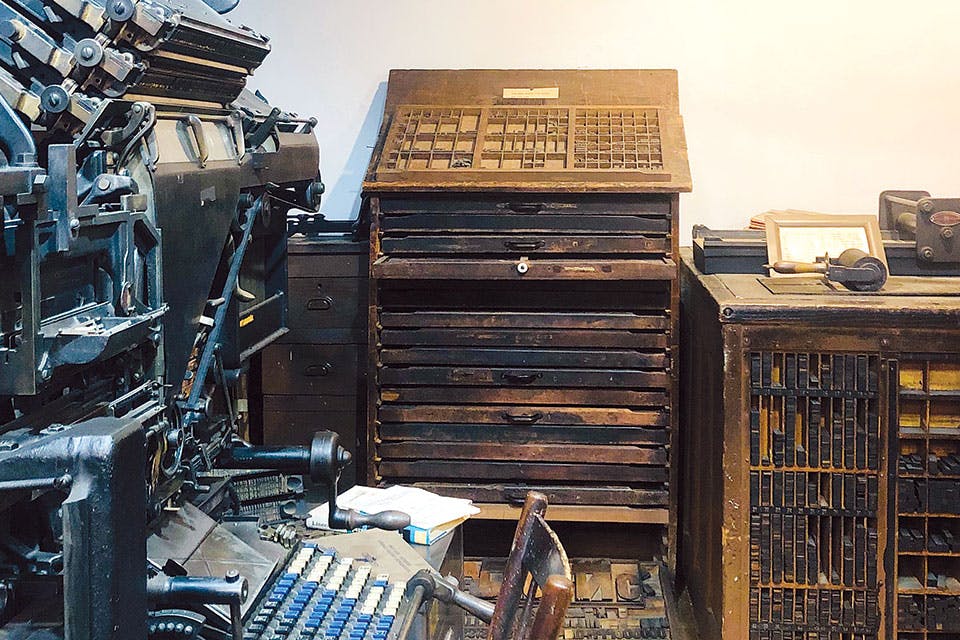 This Sugarcreek attraction offers a window into the lives of the people who settled this region and the history of the area known as Ohio’s Little Switzerland.

One of the first exhibits visitors encounter within Sugarcreek’s Alpine Hills Museum is an example of a 20th-century Amish kitchen. Just past that, another depicts an 1800s Swiss cheese house. The third offers a glimpse into what the office of The Budget newspaper, which still serves the region’s Amish community, once looked like.

“All of the machinery in The Budget newspaper display is still in working order, but when the newspaper modernized, they donated those pieces to the museum,” says Bailey Schindler, curator of the museum and director of the Sugarcreek Information Center.

These three scenes offer a window into the European immigrants who settled this area that’s garnered the nickname Ohio’s Little Switzerland. German and Swiss settlers introduced their own languages, traditions and cultures to the region. Since 1976, the Alpine Hills Museum in downtown Sugarcreek has preserved those stories and memories for travelers who want to learn more about those who’ve called the area home.

“The museum was first established by a small group of people from the Ohio Swiss Festival,” says Schindler. “They decided to start a historical society and eventually they wanted to start a museum.”

Members of the community began donating artifacts, ranging from antique tools to military uniforms. From there, the museum grew from a space that could only accommodate a small collection to a three-level downtown building displaying many fascinating artifacts that offer insight into the people and traditions of the region, ranging from 1895 firefighting equipment once used by Sugarcreek’s Bucket Brigade to clothing and furniture from different eras.

“This museum is a great example of local history, and local history is really important to everyday people,” Schindler says. “This resonates with visitors because we are talking about ordinary community members and their belongings, memories and stories.” 106 W. Main St., Sugarcreek 44681, 330/852-4113, alpinehillsmuseum.org