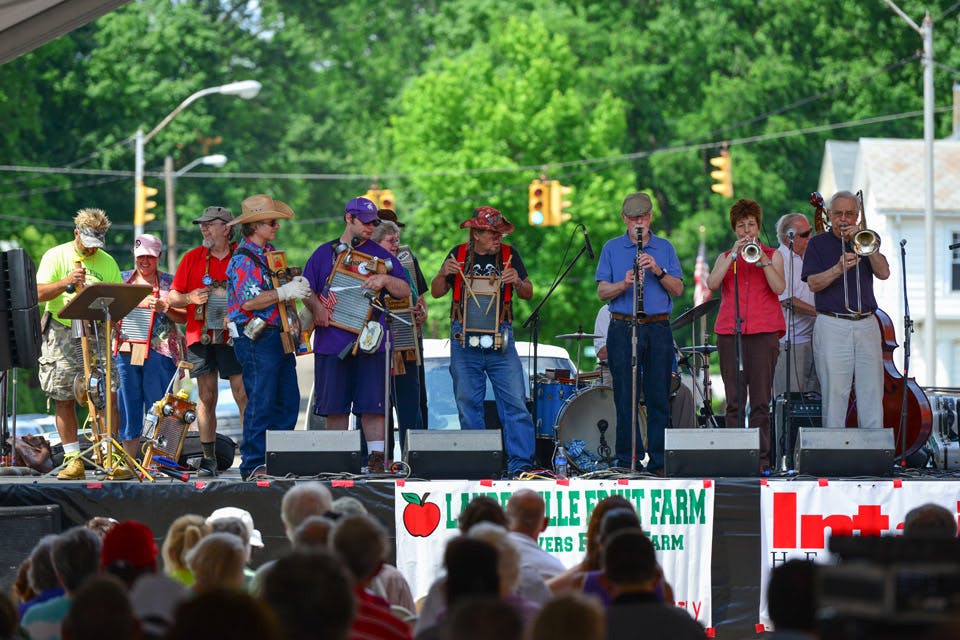 The southeast Ohio town marks the milestone with a full slate of activities.

May 2016 Issue
BY Nathan Havenner | Photo by Ohio Images

May 2016 Issue
BY Nathan Havenner | Photo by Ohio Images

Ohio Gov. Thomas Worthington founded the town of Logan in 1816, naming it in honor of a Mingo Indian leader who called the Ohio Territory home during the 1760s. But for years, the village grew slowly, in part because it was secluded by the rolling landscape of the Hocking Hills. The completion of the Hocking Canal near the middle of the 19th century began to change all that. During the four decades that followed, the arrival of the railroad and the Motherwell Iron & Steel Co. saw the town’s population swell to more than 2,600. Today, Logan has a population of more than 6,700 and has become a tourist destination thanks to the popularity of the Hocking Hills. This summer, the town will celebrate its bicentennial with a full schedule of events to mark the occasion, including historic tours, classic car shows, a Prohibition party and the always-popular Washboard Music Festival. “If you really want to experience small-town Americana, go to a small-town celebration like this,” says Karen Raymore, executive director of the Hocking Hills Tourism Association. “It doesn’t get any more real than a community celebrating being around for 200 years.”

June 11
Prohibition Party
Moonshine is an American tradition, and it is one with deep ties to rural southeast Ohio. While demand for the homemade booze reached a fever pitch during our nation’s 13 years of Prohibition, the recipes lived on once alcohol became legal. Today, distilling authentic moonshine has become a viable business around these parts. Hocking Hills Moonshine opened last year, becoming the first distillery in Hocking County. As part of Logan’s bicentennial celebration, Hocking Hills Moonshine will host a Prohibition Party. Owner and operator Ray St. Clair says the Roaring ’20s-style party will start with distillery tours, where guests can view a still typical of what would have been used in the region during Prohibition and compare it to the modern 100-gallon one St. Clair currently uses to produce his moonshine. “There was more moonshine that came out of our hills than anywhere in the nation during Prohibition,” say St. Clair, who makes four varieties of moonshine, including Granny Smith Apple and the traditional Buckeye Lightning. “There is so much to learn about moonshine and the way of life back [then].” A classic car show of Prohibition-era vehicles will be featured at the party, which ends up at the Home Tavern in Logan, where guests can soak in the history of one of the town’s oldest buildings. Hocking Hills Moonshine is located at 519 E. Front St. in Logan. For more information, call 740/603-4483.

June 12
Community Picnic with a Purpose
There is nothing like an old-fashioned picnic to stir feelings of community pride and goodwill. Starting at noon, guests can enjoy an array of classic picnic fare and participate in activities throughout the afternoon that capture the spirit of the town. A local Girl Scout troop will install a time capsule at Worthington Park and the Hocking County 4-H youth board will host a cake walk (think musical chairs but with a random participant winning a cake at the end of each round). “It is a time to celebrate where we have been and where we intend to go,” says event organizer Carol Mackey. In conjunction with the Hocking County Historical Society, a trolley will take visitors on the historic tour during the picnic. The picnic will be held along Main and Market streets in downtown Logan. Admission is $10 for adults, $5 for kids. Children under age 5 eat for free.

June 16–18
The Washboard Music Festival
For many people, thoughts of the classic washboard conjure images of scrubbing clothes in a tub. While the time-tested tool works perfectly well in this capacity, Logan’s annual Washboard Music Festival prefers to celebrate the washboard’s identity as a musical instrument. Now in its 16th year, this free festival, which also features food and games, continues to bring music lovers to Logan by featuring a variety of musical acts that make use of the washboard. “There are a lot of genres that use [it],” says Dennis Heebink, president and trustee of the Washboard Music Festival. “For this year’s festival, we have a zydeco band and a Celtic group, as well as a jug band, country music and bluegrass.” Other festival events include classic car and antique tractor shows, but don’t forget to pay a visit to Logan’s Columbus Washboard Co. The last of its kind in the United States, the factory offers free tours, as well as an opportunity to purchase a washboard to take home with you. This festival is held on Main Street in Logan. Visit columbuswashboard.com for more information.