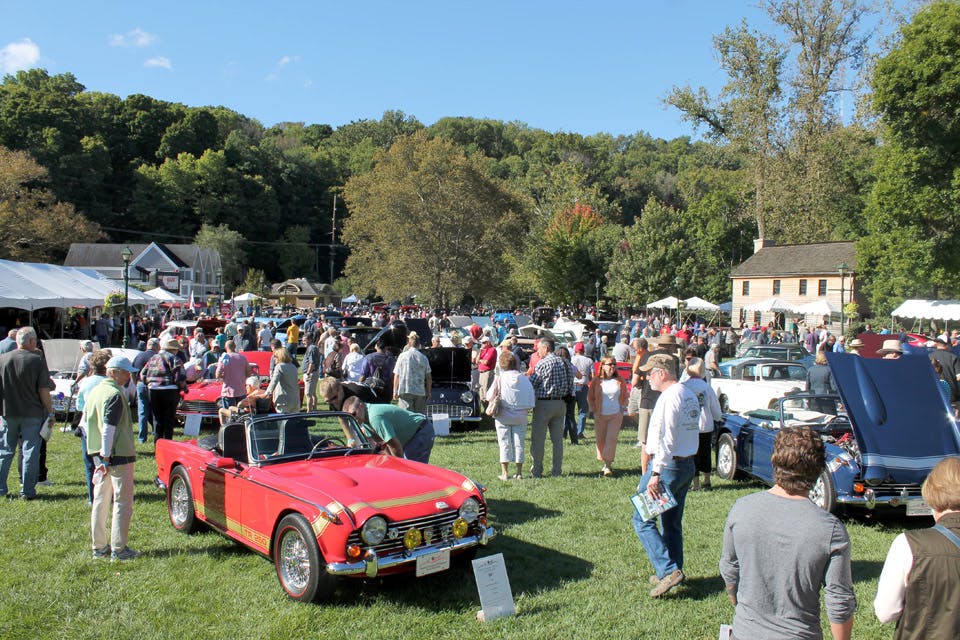 More than 200 historically significant cars and motorcycles will roll in for the 11th annual event Sept. 16 and 17.

Known throughout the world as an aviation pioneer, Ohio native Orville Wright also had another passion: the automobile. His first was a 1904 car made by the St. Louis Motor Carriage Co. In one historic photo, he’s seen driving it around the dirt roads of Dayton with his sister Katharine Wright and her friend Harriet Silliman sitting in the back seat.

“Orville Wright was into cars,” says Skip Peterson, chairman of the Dayton Concours d’Elegance at Carillon Park. The Sept. 16 and 17 showcase of historically significant automobiles will include a section dedicated to Wright. “We are finding examples of the cars Orville owned and putting a class together.”

In all, more than 200 cars and motorcycles will be featured at the 11th annual event. While classic car shows are an American tradition, Peterson says the Dayton Concours d’Elegance at Carillon Park is different.

“We try to celebrate uniqueness,” he explains, “the level of quality of the vehicle and attention to detail to maintain originality and presentation.”

The 65-acre Carillon Historical Park, which celebrates the history of Dayton and the Miami Valley, serves as a fitting venue for a show featuring valuable and rare cars. Each year, organizers choose a make or model celebrating a milestone to showcase. This year it’s the Chevrolet Camaro, which turned 50 in 2017. The evolution of the British carmaker MG will also be highlighted.

“We try to have a foreign and a domestic feature,” Peterson says. “We’ve found locally around here there are a number of very unique and very significant MGs.”

Peterson says he understands that, for some, the idea of such a show brings to mind manicured golf courses and judges in jackets and ties. But he adds that organizers of the Dayton event take pride in the fact it is fun for all thanks to the wealth of history on display at Carillon Park.

“You can see the Wright Flyer III at the Transportation Center,” Peterson says. “You can see an old Sunoco gas station, a 1920s print shop. So, there are other things to do and it becomes a family festival event.”