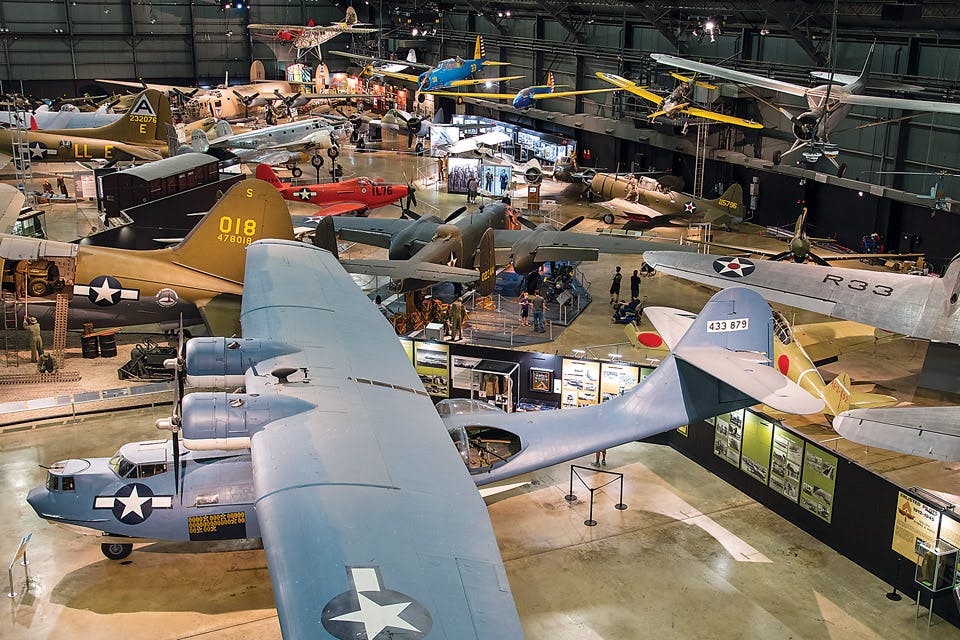 From the sky, it’s simply “1WF” — an FAA notation guiding pilots to the roughly 2,000-foot grass airstrip in Troy. On the ground, however, Historic WACO Field and Air Museum offers visitors much more than a place to land. Since 1997, the approximately 100-acre site, which now includes a library and museum, has upheld the legacy of the now-defunct WACO Aircraft Co.

“They were the largest manufacturer of civil aircraft in the country in the late ’20s and ’30s,” says Gretchen Hawk, the museum’s executive director. “The museum was started to keep that history alive.”

The museum hangar houses nine of the company’s historic planes, as well as a flight simulator and displays of World War II-era video footage. During warmer months, guests can even buy some airtime. Sunny, a reproduction of one of WACO’s classic designs, can take two adventurers at a time on a 30-minute tour.

“You are flying in an open cockpit biplane,” says Hawk. “It’s amazing. It’s noisy. It’s windy. It is awesome.”

WACO Field and Air Museum is among 16 stops on Ohio’s Aviation Trail, a nonprofit organization founded in 1981 to save one of the Wright brothers’ original bicycle shops in Dayton. Since then, the Aviation Trail has celebrated Ohio’s significance in the world of flight, developing a program that awards travelers who tour and get their passport stamped at seven of the 16 sites with a cute stuffed animal named Wilbear Wright.

“Wapakoneta hasn’t changed too much since Neil was here as a boy. You can still see a lot of that fabric and it’s not taken away and moved to another community in a big city,” says Chris Burton, the museum’s executive director. “That’s true of most of these sites; you are in the same physical location or very, very close to where history happened.”

Visit aviationtrailinc.org for information and to verify hours. Some sites may be closed due to current restrictions.

Those who tour and get their passport stamped at a minimum of eight of these locations (some sites are required) receive a Wilbear Wright aviation teddy bear.