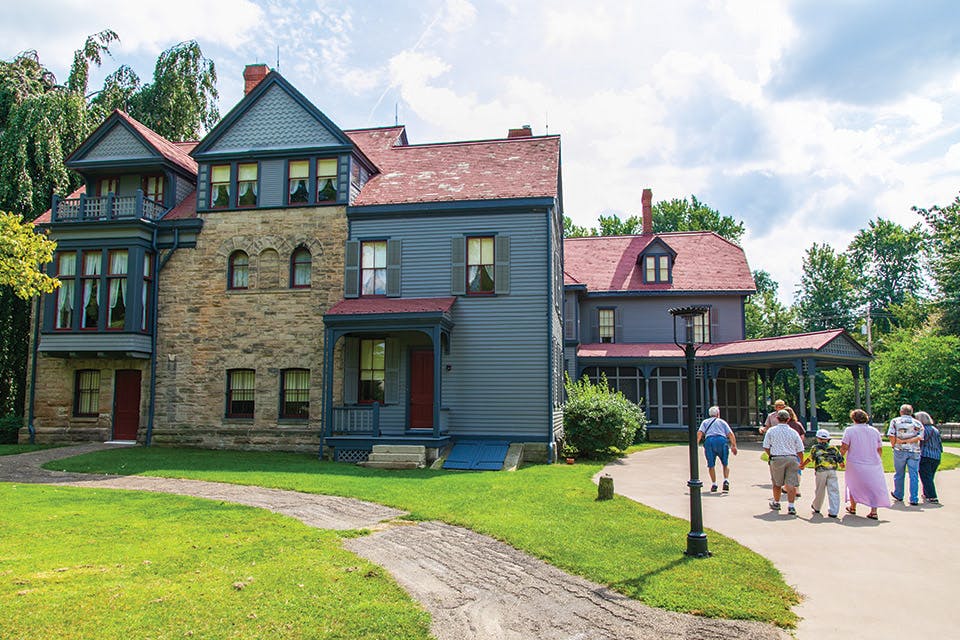 From the homes of U.S. presidents to sites that shaped the future of the United States, these destinations across Ohio help tell the story of our nation.

July/August 2021
BY By C. Aileen Blaine and Gracie Wilson | Photo of James A. Garfield National Historic Site by iStock

July/August 2021
BY By C. Aileen Blaine and Gracie Wilson | Photo of James A. Garfield National Historic Site by iStock

James A. Garfield National Historic Site: James A. Garfield campaigned for president from the front porch of his Mentor home during 1880 — the first presidential candidate to do so. Garfield won the electoral college decisively, but he was felled by injuries from an assassin’s bullet four months after inauguration. The site offers guided tours of his home, while the visitor center has exhibits and a video detailing Garfield’s life. The home and visitor center are open May through October, while self-guided tours of the grounds can be taken year-round (except for certain holidays). 8095 Mentor Ave., Mentor 44060, 440/255-8722, nps.gov/jaga

U.S. Grant Birthplace: President Ulysses S. Grant was born in a humble, one-room home that still stands today in the southwest Ohio community of Point Pleasant. Raised by hard-working, abolitionist parents, Grant’s background fostered his values and ideals from a young age. The public can visit the home and see items belonging to the family as well as learn about the life of the Civil War general and two-term president. Owned by the Ohio History Connection, the home is open five days a week April through Labor Day and on weekends September through December. 1551 St. Rte. 232, Point Pleasant 45153, ohiohistory.org

Campus Martius Museum: Located along the Muskingum River, the Campus Martius Museum offers a glimpse of pioneer life in the Northwest Territory’s first settlement. Built on the site of the stockade the area’s settlers originally built in the late 18th century, the museum offers the chance to see the home of Marietta founder Rufus Putnam as well as artifacts and exhibits related to life along the frontier. You can also step inside the original Ohio Company Land Office, where Putnam made some of the earliest maps of the Northwest Territory. 601 Second St., Marietta 45750, 740/373-3750, mariettamuseums.org

Fort Meigs: The reconstructed Fort Meigs along the Maumee River stands on the site of a pivotal location that helped ensure the fate of our young nation during the War of 1812. Led by Army general and future President William Henry Harrison, U.S. troops had their first defensive success in the war following major losses prior to the fort’s construction. Travelers can tour the visitor center that houses classrooms, a library and museum before taking a guided or self-guided tour of the grounds. The museum is open year-round, while the fort is open to visitors April through October. 21900 W. River Rd., Perrysburg 43551, 419/874-4121, fortmeigs.org

Warren G. Harding Presidential Sites: Our 29th president campaigned from his own front porch, and more than 600,000 people traveled to Marion over the course of three months in 1920 to hear the Republican candidate speak. Today, visitors can tour the beautifully restored Harding Home, walk its grounds and explore his legacy. The Warren G. Harding Presidential Library & Museum opened in 2021, offering a deep examination of the personal side of Harding, who was in office just 29 months before his death. He is buried less than 2 miles away at the Harding Memorial. 380 Mount Vernon Ave., Marion 43302, 800/600-6894, hardingpresidentialsites.org 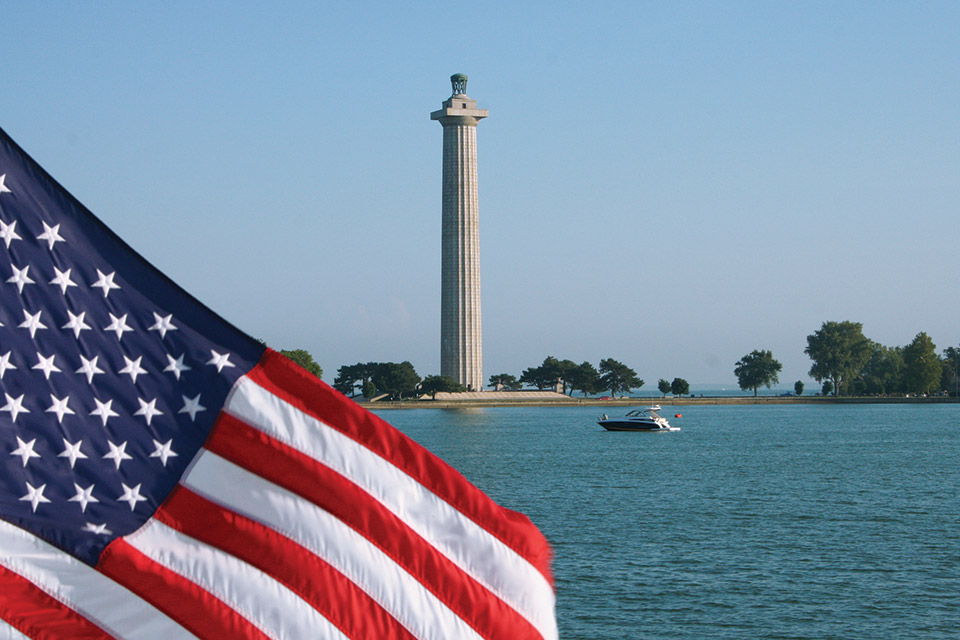 Perry’s Victory and International Peace Memorial: This massive Doric column rises 352 feet above South Bass Island as a memorial to the pivotal Lake Erie naval victory led by Commodore Oliver Hazard Perry during the War of 1812 and the lasting peace between the United States, Canada and England that has followed ever since. The nearby Perry’s Victory Visitor Center tells the story of the Battle of Lake Erie by way of a diorama of the ships involved, artifacts from the era and a brief film. At press time, the rotunda of the memorial and the observation deck remained closed. 93 Delaware Ave., Put-In-Bay 43456, 419/285-2184, nps.gov/pevi

Charles Young Buffalo Soldiers National Monument: Established in 2013, this 60-acre site includes the former home of Col. Charles Young, the highest ranking African American military officer of his time. Young attended West Point in the late 19th century and went on to serve in the Ninth Cavalry in the American West. He later become the first Black national park superintendent. Tour the lower level of his home in Wilberforce, which he purchased in 1907 after leading the military sciences department at Wilberforce College from 1894 to 1898. Home tours are currently open by appointment. 1120 U.S. Route 42 E., Wilberforce 45384, 937/352-6757, nps.gov/chyo

Huffman Prairie Flying Field: The wide-open field looks much the same as it did when the Wright brothers used it to further their advancements toward controlled and practical flight. Travelers can walk the field and revisit history through replicas of the Wright brothers’ 1905 hanger, their catapult system and storytelling panels that recap the history-making moments that took place in the skies above the field. Although it’s located on Wright-Patterson Air Force Base property, the field is accessible without having to go through a security checkpoint. The field is open for exploration during daylight hours. For directions to Huffman Prairie Flying Field, visit nps.gov/daav. 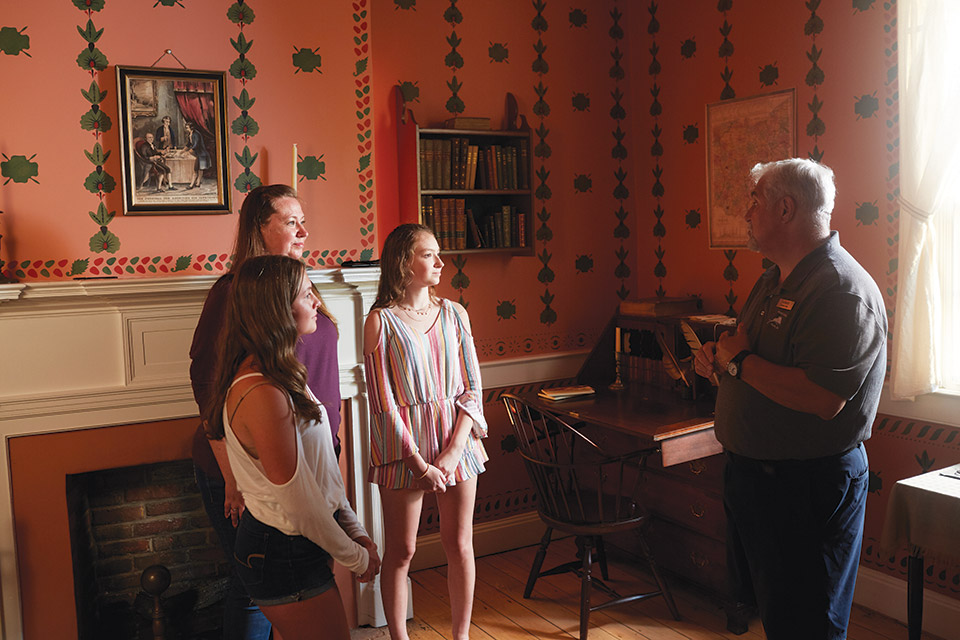 John Rankin House: The home of John Rankin sits perched above the Ohio River and the southwest Ohio town of Ripley. A presbyterian preacher, Rankin was an advocate for the abolition of slavery in the 1800s and offered guidance and help to those finding their way to freedom along the Underground Railroad. The home was designated a National Historic Landmark in 1997, and today visitors can tour the home and learn the history of the place that served as inspiration for author and Rankin family friend Harriet Beecher Stowe’s book Uncle Tom’s Cabin. The home is open April through October. 6152 Rankin Hill Rd., Ripley 45167, 800/752-2705

First Ladies National Historic Site: Canton’s First Ladies National Historic Site is the first attraction dedicated exclusively to the research and sharing of information regarding the first ladies of the United States. Here visitors can find an education center as well as the family home of first lady Ida Saxton McKinley. The education center features museum exhibitions and a theater showing film clips. Its mission is to show how the roles of first ladies have changed over time. (Although the Saxton McKinley House was not open at press time for tours, it will reopen this summer.) 205 Market Ave. S., Canton 44702, 330/452-0876, nps.gov/fila

Rutherford B. Hayes Presidential Library & Museums: Rutherford B. Hayes and his family called Spiegel Grove home, and the tree-filled property in Fremont is where you’ll find the 31-room Victorian home where he once lived. Guided tours of the house are available, and history buffs will want to explore the museum that features artifacts such as Hayes’ Civil War uniform, the Bible he used to take the presidential oath of office, Lucy Hayes’ nature-inspired White House china and much more that offers insight into the life of our 19th president. 1 Spiegel Grove, Fremont 43420, 419/332-2081, rbhayes.org

National McKinley Birthplace Memorial Museum: Before he made his name in Canton, William McKinley was born in the Trumbull County community of Niles. Today, the National McKinley Birthplace Memorial Museum tells the story of our nation’s 25th president. Built between 1915 and 1917, the building’s tall marble columns, stately oak trees and colorful flowers offer an inviting place to explore history. The museum presents a timeline that traces McKinley’s life, from his childhood to the presidency to his assassination in 1901, and rotating exhibits feature historical artifacts acquired by the museum or donated by collectors and local families. 40 N. Main St., Niles 44446, 330/652-4273, mckinleybirthplacemuseum.org 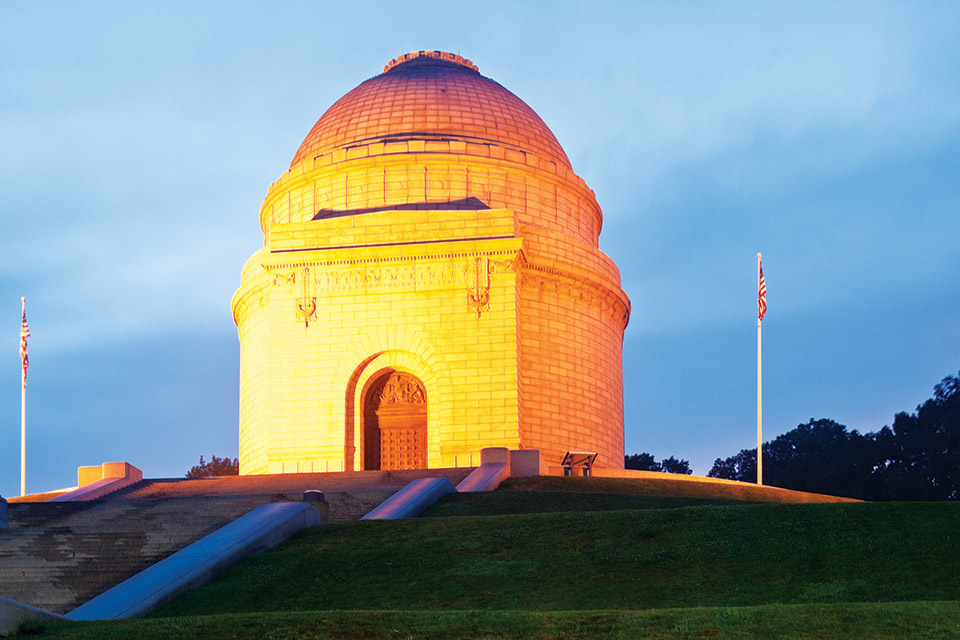 McKinley Presidential Library and Museum and National Memorial: A few minutes away from downtown Canton, you’ll find the McKinley National Memorial on a hilltop. President Theodore Roosevelt traveled here  in 1907 to dedicate the tribute to our nation’s assassinated 25th president, and today visitors can walk the 108 steps to the top of the memorial, which serves as the final resting place of the former president, first lady Ida Saxton McKinley and their children. In addition to its large collection of McKinley family artifacts on display, the library and museum is also home to a science center and planetarium. The memorial is open April 1 through Nov. 1. The museum is open year round. 800 McKinley Monument Dr. NW, Canton 44708, 330/455-7043, mckinleymuseum.org