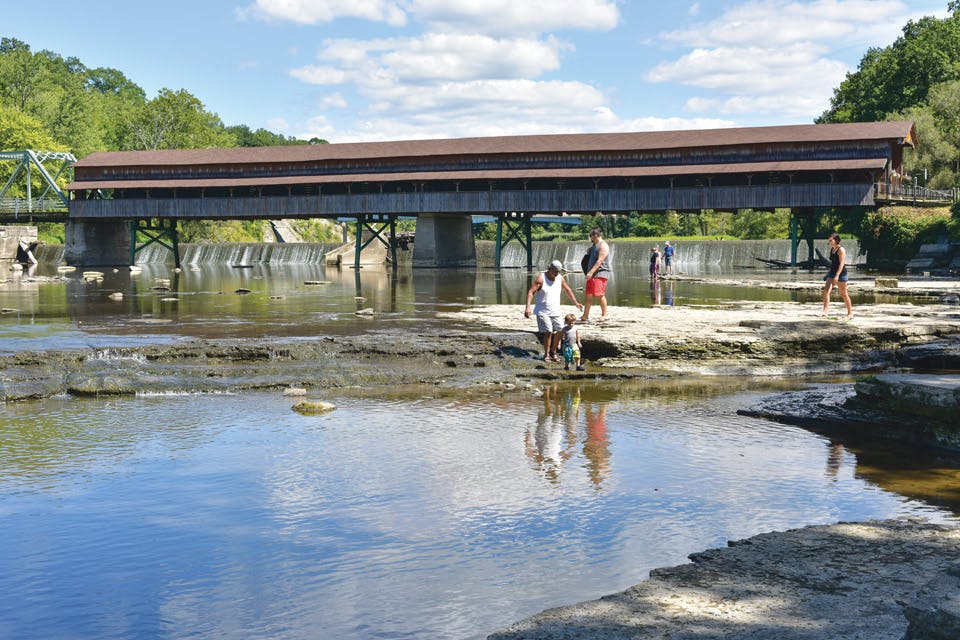 Historic bridges throughout our state offer a glimpse of the Ohio that once was.

From the early days of Ohio's statehood until the dawn of the 20th century, covered bridges abounded. Bodies of water needed to be crossed, and the forests in the state’s wilderness provided the timber required. But wooden bridges had to be covered to keep the roadbed from rotting away due to exposure to rain and snow.

Ohio's first covered bridge was constructed in Columbiana County in 1809, and at one point, there were more than 2,000 covered bridges in Ohio. Today, more than 130 remain across the state.

“A lot of them were lost to floods, to arson, to obsolescence,” says Carl Feather, a journalist and historian who’s written at length about the bridges of Ashtabula County.

The ongoing work to maintain the bridges that remain reflect a concerted effort to retain them in the name of Ohio history as well as Americana.

1. Hune Covered Bridge: Washington County is still home to nine covered bridges, four of which can be found on the Covered Bridge Scenic Byway that winds through Wayne National Forest. The picturesque drive passes by the Hune Covered Bridge, a Long truss structure built in 1879. Today, the bridge is still open to vehicles and has a small primitive campground nearby. “People who enjoy camping love camping at the Hune Bridge,” says Jeri Knowlton, executive director of the Marietta-Washington County Convention & Visitors Bureau. state Route 26 and Duff Road, Reno 45773, 740/373-9055, fs.usda.gov

2. Shinn Covered Bridge: This covered bridge is notable for its architectural claim as one of the state’s last existing bridges built with the Burr arch truss system — an especially sturdy style of construction that helped land the structure on the National Register of Historic Places. “You don’t see that type of construction anymore,” says Washington County engineer Roger Wright. “They overbuilt the heck out of them.” The bridge remains open to vehicle traffic, and Wright says it is inspected annually to make sure it’s safe for cars and trucks to use. West Branch Wolf Creek and Palmer Township Road 570, Palmer Township 43787

3. Everett Covered Bridge: The origin of this covered bridge is tied to the 1877 death of John Gilson, a prominent Summit County citizen who fell into Furnace Stream, but no specific date for its opening is noted in historic records. “That little bit of mystery provides some allure to the bridge,” says Pamela Barnes, community engagement supervisor for Cuyahoga Valley National Park, where the structure is located. The bridge has been destroyed and rebuilt a few times over the years and was restored to its original appearance in 1986. Today, it is open to foot and bicycle traffic. 2370 Everett Rd., Peninsula 44264, nps.gov/cuva

4. Harpersfield Covered Bridge: Ashtabula County bills itself as the covered bridge capital of Ohio, with a total of 19 — including 12 that date back to the 19th century. Harpersfield Covered Bridge is one of them. It’s also the longest and oldest 19th-century bridge in the state at a length of 228 feet. Plans are being made to replace the entire structure with a new covered bridge in 2022. “If you’re going to see it,” says journalist and historian Carl Feather, “you should probably see it soon.”  1122 Harpersfield Rd., Geneva 44041, ashtabulametroparks.com

5. Smolen-Gulf Covered Bridge: The large number of covered bridges preserved in Ashtabula County is a tribute to John Smolen, the former county engineer who made an effort to repair and maintain them. A new covered bridge was built and named for him in 2008. It is the longest covered bridge in the United States and carries travelers 613 feet across the Ashtabula River. The bridge has a vintage design but looks different than the others, explains Feather, because it’s been engineered to accommodate heavy traffic. “We have the advantage of laminated timber, cranes and power tools,” he says. 7001 State Rd., Ashtabula 44004, visitashtabulacounty.com 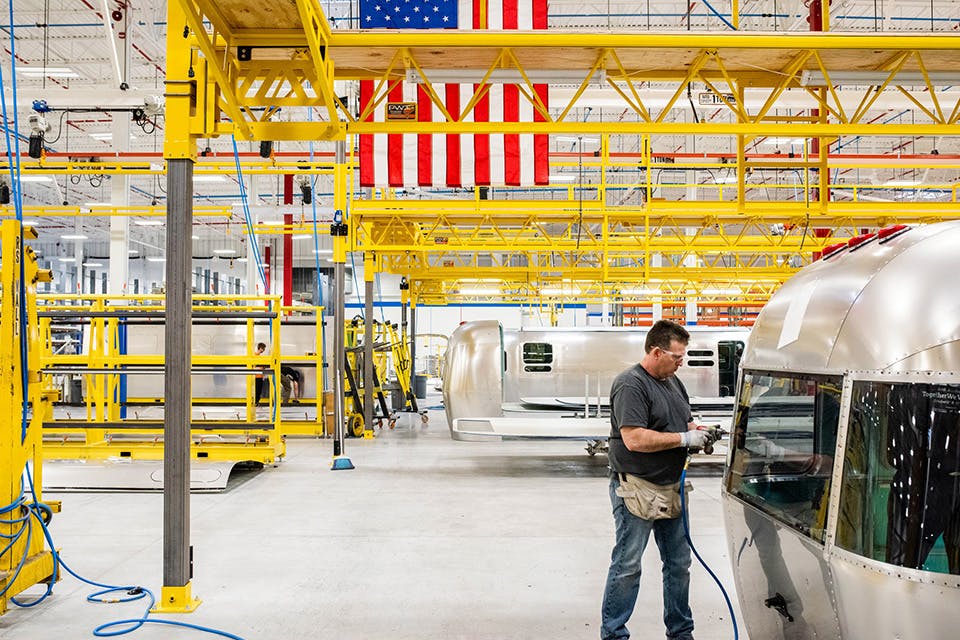