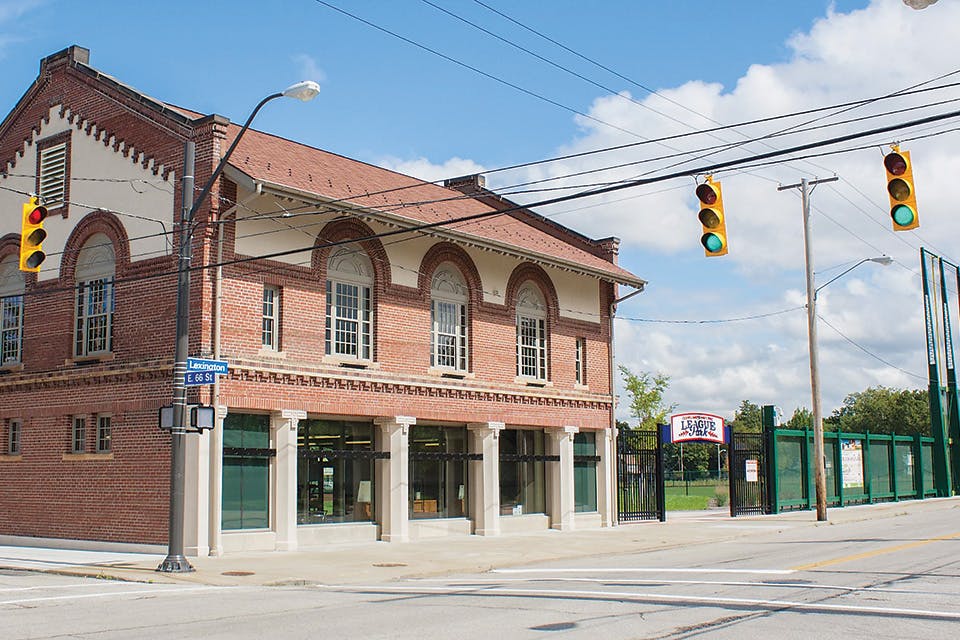 Babe Ruth swatted dozens of home runs at this former home of the Cleveland Indians. Today, visitors can still walk in the footsteps of the greats.

The ballpark at the corner of East 66th Street and Lexington Avenue in Cleveland’s Hough neighborhood served as a crossroads for many important athletic events during the first half of the 20th century, and what’s left of the legendary place remains a mecca for sports fans today.

“People well versed in the game of baseball may have heard of it, but when they come through, they are amazed to see it,” says Bob Zimmer, founder of the Baseball Heritage Museum that’s now located in the former League Park team and ticket office that dates back to 1909.

League Park’s baseball field, which reopened in 2014 following a $6.3 million restoration, is now artificial turf, but it has the same configuration and dimensions as when it served as the Cleveland Indians’ full-time home field between 1901 and 1932. (The team split its time between League Park and Cleveland Municipal Stadium throughout the late 1930s and 1940s.) The ballpark opened on May 1, 1891, with Cy Young pitching for the Cleveland Spiders in front of 9,000 fans.

The Baseball Heritage Museum is open to visitors year-round, and the field can be reserved through the city of Cleveland. When the field isn’t in use, League Park visitors can patrol the outfield like Tris Speaker, toe the rubber like Bob Feller or stand at home plate like Babe Ruth, who socked 46 of his 714 home runs at the ballpark. 6601 Lexington Ave., Cleveland 44103, 216/664-2495, baseballheritagemuseum.org