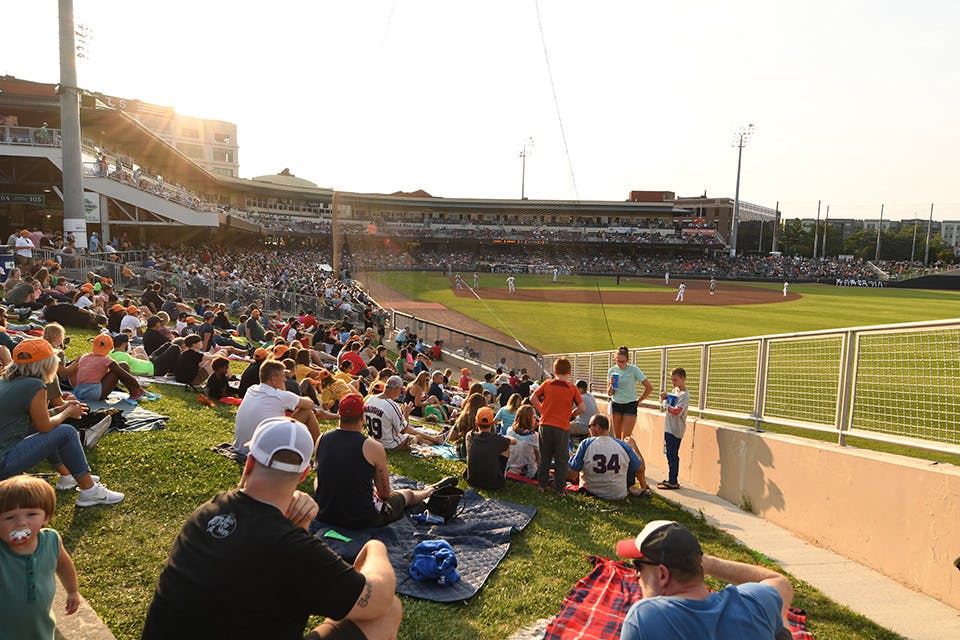 From outdoor adventures along the Great Miami Riverway to a record-setting streak of minor league baseball fun, here are great ways to see the city.

Does it get any better than a baseball game under the lights, with beer and hot dogs in hand, surrounded by good friends and family? That’s the experience at Day Air Ballpark, home of the Dayton Dragons, the city’s High-A Cincinnati Reds affiliate. Located in the middle of downtown Dayton, the ballpark has been a local landmark for 22 seasons and is still going strong.

“The stadium is built very well and designed very well so it’s in great shape,” says Eric Deutsch, executive vice president for the Dayton Dragons. This contributes to the fun and easy accessibility of games for everyone.

“The great thing is it’s not always about wins and losses,” he says. “It’s about having a lot of fun, making memories, spending quality time with people. It’s definitely more about the party going around the game versus the game sometimes.”

The ballpark features three lawn areas where families can spread out blankets and let the kids run around. “It’s very Americana,” Deutsch adds.

But if you want to go on a certain date, be sure to get your seats early. The Dayton Dragons hold the United States record for the most consecutive sellouts at their stadium — it’s close to totaling 1,400 since 2000.

“The [Dayton] fans are great fans, very loyal to all their sports,” Deutsch says. “The Dragons have had an incredible run of sellouts since day one. Everything that’s been played here, every seat. It’s a great thing the community is proud of. It’s a testament to our fan base.” 220 N. Patterson Blvd., Dayton 45402, 937/228-2287, milb.com/dayton 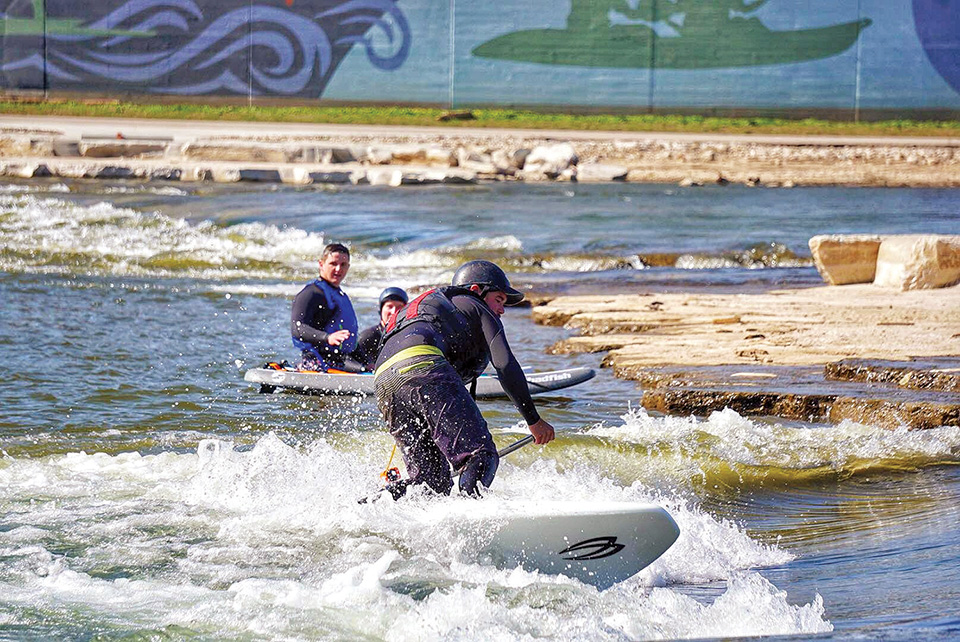 The Great Miami Riverway follows 99 miles of water that connect 10 southwest Ohio cities, from Sidney to Dayton to Hamilton. The river is the only National Water Trail in Ohio, and it encompasses both waterways and the Miami Valley trail system, the largest collection of connected paved trails in the United States.

“It really is the glue between all our riverway communities,” says Dan Foley, director of the Great Miami Riverway. “The first mile of paved trail was built in Troy in 1972. In 50 years, we’ve built 340 miles of connected, paved trail. Long term, we have the opportunity to connect the Dayton-area trail system with the Cincinnati-area trail system.”

Foley says the mission of his organization is to “bring the river closer to the communities” by encouraging development along the waterway. That means more housing but also more parks and activities on and around the river. In downtown Dayton, anyone can put in a kayak or canoe and enjoy incredible city views.

Companies like Surf Dayton offer instruction on surfing and paddleboarding. Foley says travelers should also be sure to explore RiverScape MetroPark in downtown Dayton, which sits at the junction of the Great Miami River and the Mad River Trail. In addition to biking trails and opportunities for river paddling, the park hosts live music and festivals and is home to fountains, murals and more. For more information, visit greatmiamiriverway.com. 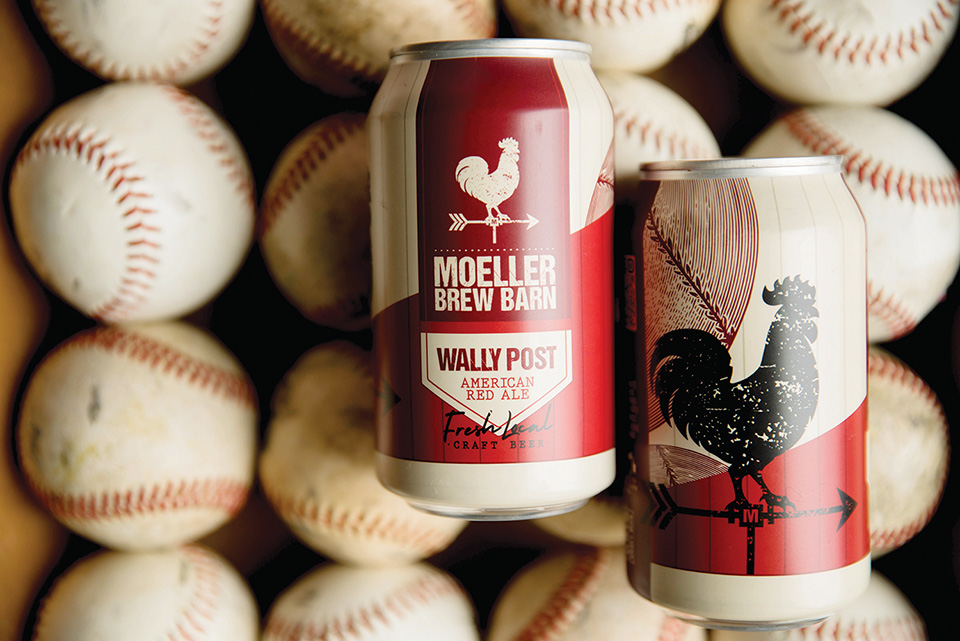 Moeller Brew Barn started in Maria Stein, Ohio, and has now grown to three locations, with the latest opening in early summer 2022 in downtown Dayton. The new brewery and restaurant has a prominent location in the heart of the city, close to other restaurants, additional breweries and major local attractions.

“Moeller Brew Barn isn’t just a restaurant — it’s an experience, a destination,” says Jess Nielsen, creative director for Moeller Brew Barn. “And we’re in great company being located next to the new AC Hotel and across the street from the Dayton Dragons. We look forward to joining the community and adding to the evolving streetscape.”

The brewery and restaurant offers a great place to hang out before or after Dragons games and, fitting with the location, the menu features an elevated take on ballpark fare. While sipping house brews, visitors can dine on favorites like Neapolitan-style pizzas, smoked wings and Bavarian pretzels. For newcomers to Moeller Brew Barn, Nielsen has suggestions for beers to try.

“A few fan favorites are our Wally Post Red, Blueberry Blonde and Orange Peel Krush,” she says. “More than 24 beers will be on tap in Dayton at any given time, including new beers brewed on-site and established Moeller favorites.” 416 E. First St., Dayton 45402, moellerbrewbarn.com/dayton 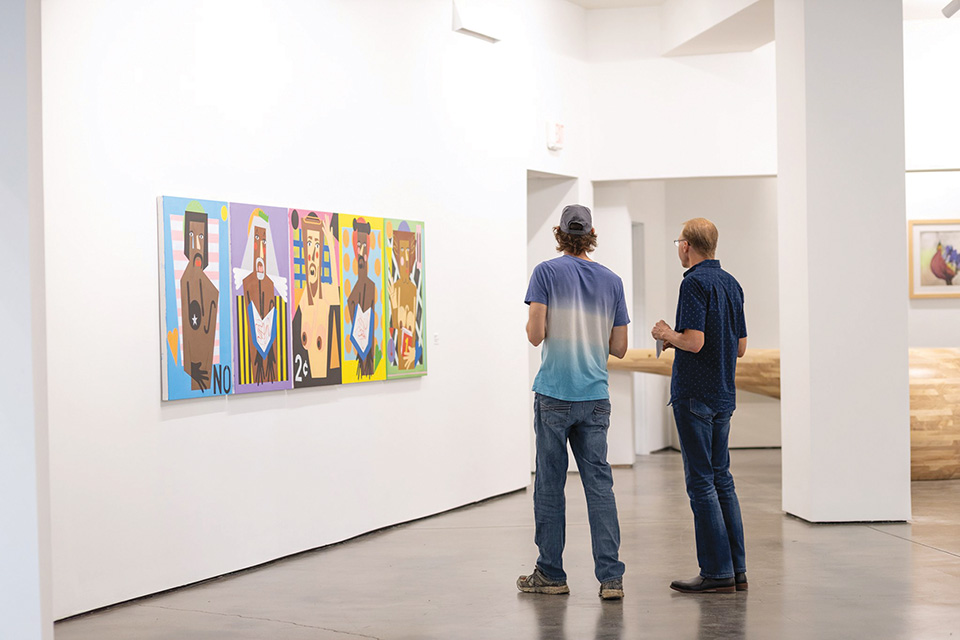 The Arcade, which takes up almost an entire downtown block, is focused on restoring the historic 1903 structure back to its original intent as a market. The initial steps focused on housing and office space, says Megan Dunn Peters, community manager for The Arcade. This includes a mix of 110 residential units and The Hub Powered by PNC, an innovation center that’s a joint venture between the University of Dayton and the Entrepreneurs’ Center.

Peters says more public food and beverage retail is coming to the Arcade later in 2022 and early in 2023, including a shared-used commercial kitchen that will serve as an incubator for food entrepreneurs. Dayton’s Ghostlight Coffee also plans to open Gather by Ghostlight — offering coffee and cocktails, as well as artisanal breakfast, lunch and dinner options — by late summer 2022. Travelers can currently visit The Contemporary Dayton, a 6,200-square-foot art gallery with rotating exhibitions that is open Wednesday through Sunday. “If you’re into art,” Peters says, “you can go out for a drink, see some art, go grab dinner.”

The Dayton Arcade’s iconic rotunda is open during private and public events, like seasonal market days that feature local vendors, and there is more development to come. Peters says the project’s future phase two includes a marketplace with 10 to 15 food and drink stalls plus a 91-room hotel.

“You’ll be able to travel here, stay in a historic building built in 1903,” Peters says. “The location couldn’t be better ... We’re excited to integrate with our neighbors and make Dayton a great place to visit.” 35 W. Fourth St., Dayton 45402, arcadedayton.com/plan-your-visit

Save the Date
These five summer events in Dayton promise a celebration of food, fun and local heritage.

Montgomery County Fair
July 10–16
The long-running Montgomery County tradition returns this summer with farm animals, fair concessions, rides and more in a celebration of the region’s agricultural side.
montcofair.com

Dayton Celtic Festival
July 29–31
Take in the sights, sounds and tastes of Celtic heritage at this annual celebration that features a variety of activities and events. daytoncelticfestival.com

U.S. Senior Women’s Open Championship
Aug. 25–28
The fourth annual installment of this contest will be hosted at NCR Country Club’s South Course in the Dayton suburb of Kettering. usga.org 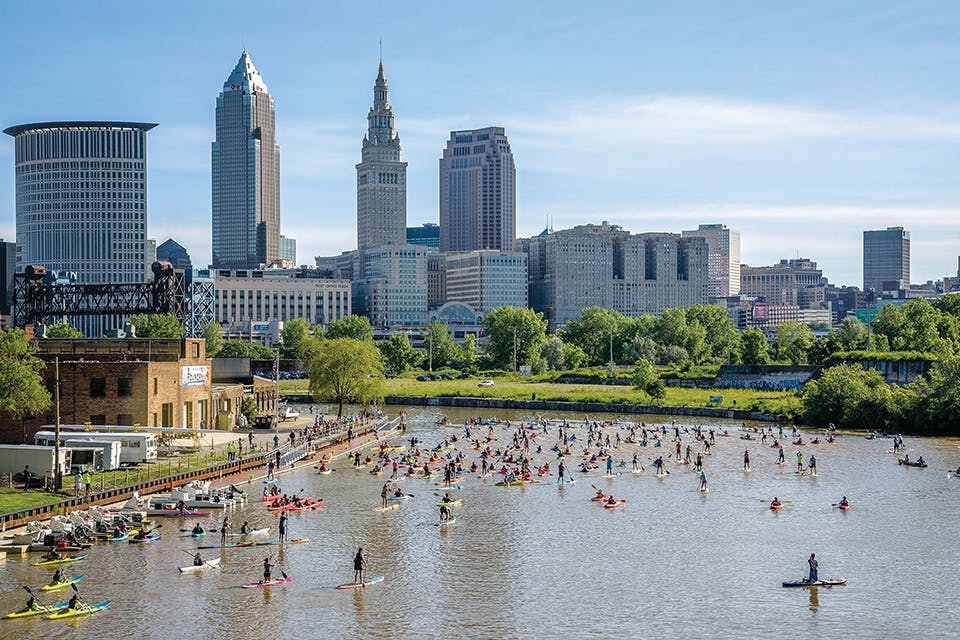 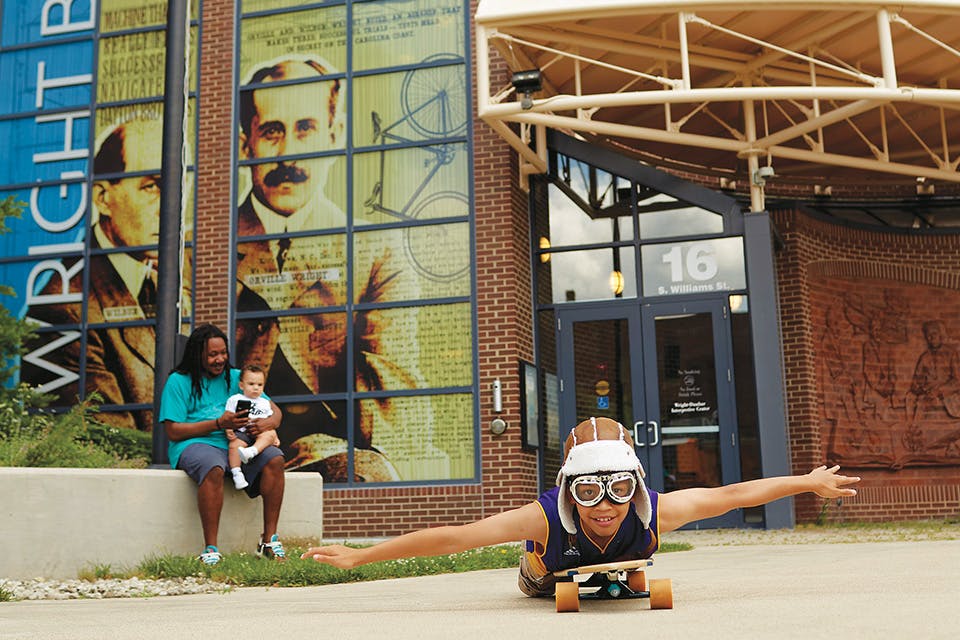