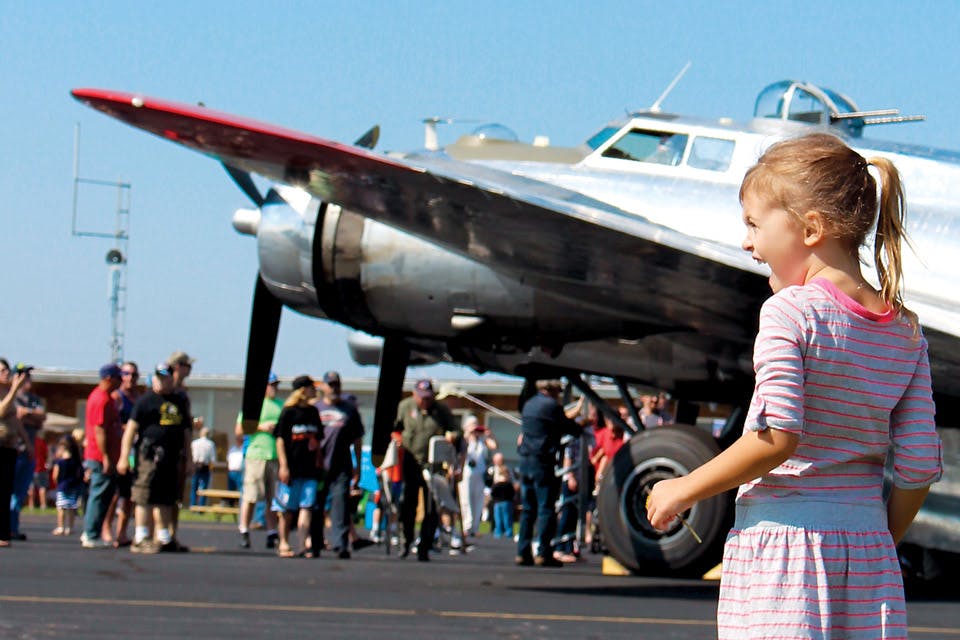 Visit the Marion Municipal Airport to get an up-close view of airplanes, learn about NASA missions and maybe even take to the skies.

The Marion Municipal Airport mostly sees traffic from commercial aircraft, but a military vehicle, vintage planes, a helicopter and even a couple astronauts will all be cleared for landing during this month’s fourth annual Wings & Wheels Fly-In/Drive-In.

A Ford Tri-Motor plane like the ones that once ferried passengers to and from the Lake Erie islands, a 1955 U.S. Air Force Beech T-34 Mentor and an Army Extreme Truck (outfitted with four gaming stations and flat-screen televisions) will be featured Sept. 15 and 16.

Visitors can also check out the interactive NASA exhibit “Journey to Tomorrow,” which details current missions as well as what it’s like to work in space and features a moon rock the Apollo 17 crew brought back to Earth. Two former astronauts, Robert “Hoot” Gibson and Dr. Margaret Rhea Seddon, will take part in a fundraising reception Friday and dinner Saturday. They will also greet visitors near the NASA exhibit during the day on Saturday.

Kids can race pedal planes for prizes, and those who want to earn their wings can purchase rides in a helicopter, a 1929 open-cockpit biplane or a C-47 military aircraft.

“There is not a better opportunity for people to ride on vintage aircraft,” says Dan Hempy, director of the Wings & Wheels Fly-In/Drive-In. “Last year, we flew over 400 people.”

Those who want to keep their feet on the ground can enjoy the Marion Airfoils RC Flight Club, which will be flying micro-sized, remote-controlled planes and drones in the hangar and offering flight simulators to try.

“It’s aviation in all aspects. It’s hands-on: You can fly, talk to an astronaut, ride in a helicopter, ride in a biplane,” says Hempy. “This is really a unique experience for the public.”