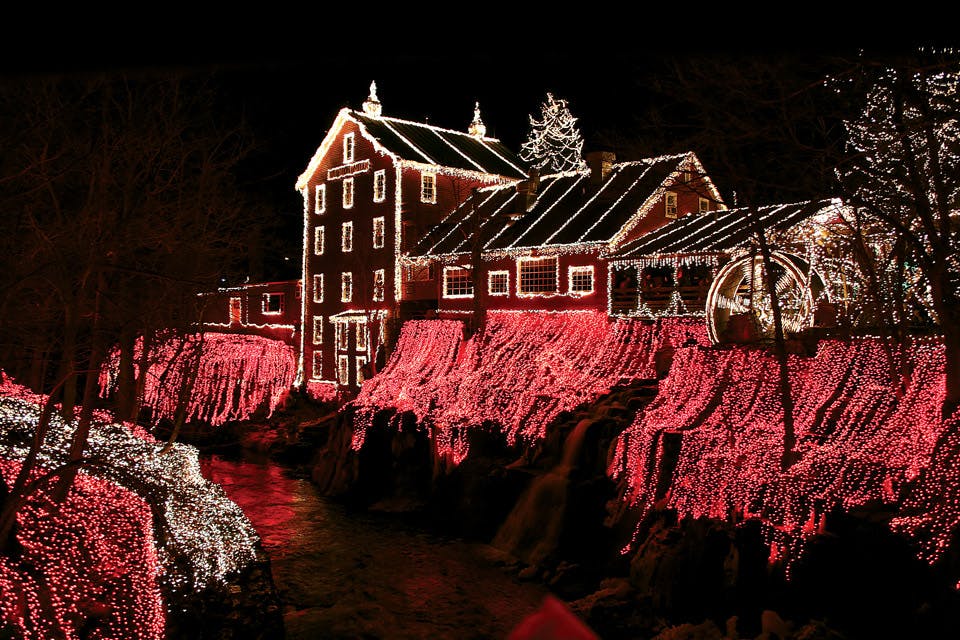 The Legendary Lights of Clifton Mill

The historic property shines with almost 4 million bulbs this time of year in an annual seasonal display that draws thousands of visitors.

When the original Clifton Mill was built along the Little Miami River in 1802, locals could never have envisioned a day when the property would glow with almost 4 million Christmas lights. For that matter, they probably would have had a tough time imagining electric-powered bulbs.

Today, the Legendary Lights of Clifton Mill is an annual tradition dating back to 1987. Holiday-season visitors can explore the grounds’ miniature town that re-creates many of the village of Clifton’s historic buildings, including a 1950s Frisch’s Big Boy, an opera house and a drive-in movie theater.

“The miniature drive-in movie theater even has the speakers that people put on their car window,” says Jessica Noes, the mill’s general manager.

After Anthony Satariano Jr. and his father, Anthony Sr., purchased the Clifton Mill 30 years ago, the pair strung 100,000 lights simply because they felt like decorating their property.

“They have always really had a passion for the holidays and decorating,” says Noes. “People began stopping by, and it was kind of an ‘aha’ moment for them.”

These days it takes six men from September until the end of November to put up all the lights, according to Noes.

The old covered bridge on the mill property is a spectacle all its own, with a dazzling light display occurring every hour on the hour. Before the four-minute show begins, every bulb on the bridge and mill is turned off, leaving visitors in complete darkness. Then, Christmas music begins playing and slowly the bridge is illuminated with 500,000 lights. An on-site museum houses the Satariano family’s collection of more than 3,000 Santa likenesses, which they’ve collected over the past four decades.

Despite early November flooding this year, which destroyed thousands of Christmas lights just a few weeks before the Nov. 24 kickoff, Noes says the bulbs will be replaced and the display will go on as scheduled.

“We definitely will be open,” she says. “I’ve worked here for 21 years, and one of my favorite things is seeing the joy on people’s faces when they see the lights.”