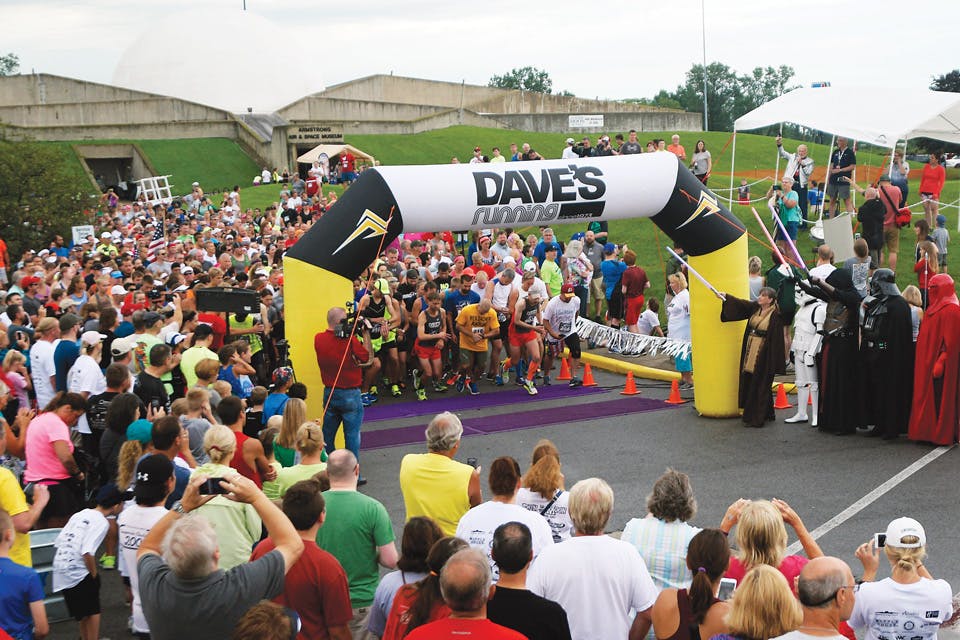 The town's annual event goes big to celebrate the 50th anniversary of the Apollo 11 mission and the legacy of Ohioan Neil Armstrong.

The northwest Ohio town of Wapakoneta isn’t the only Ohio spot astronaut Neil Armstrong has ties to. His family moved 16 times over 14 years, living in Warren and Upper Sandusky before landing in Wapakoneta, the place he would come to call home. That’s where he got his pilot’s license as a teenager (before his driver’s license, in fact), riding his bicycle to the airstrip every morning for flying lessons.

Wapakoneta honors Armstrong’s legacy each year at the Summer Moon Festival. Normally hosted over a weekend, the event is being extended to a 10-day celebration this year, from July 12 to 21, in a grand tribute to the Apollo 11 mission to the moon.

This year, they’re ramping it up to the 1,000th percent, says Donna Grube, executive director of the Greater Grand Lake Region Visitors Center and an Armstrong Air & Space Museum trustee. Festivities are set to take place at the museum and throughout downtown.

The celebration begins with a hot air balloon rally and ends with a performance by the Lima Concert Band. The packed schedule also includes a parade, a summer-fun concert with food trucks, a 1960s-themed day at Wapakoneta WaterPark, model rocket launches, STEM demonstrations, a Neil Armstrong impersonator and the Run to the Moon 5K and 10K.

“Run to the Moon is a huge event, and it’s so fun,” Grube says. “We have astronauts send you off with high fives ... and along the route, there are these outer-space tidbits about planets and moons. So as people run, they learn all about the solar system.”

Festivalgoers can explore downtown to see the world’s largest moon pie and visit the Armstrong Air & Space Museum to see costumed Star Wars characters, presentations by NASA astronauts and interactive science experiments. This year’s event is the culmination of three years of planning, and the event’s organizers wouldn’t have it any other way.

“Five hundred years from now, whose name will people still be putting in the history books?” Grube asks. “The first person on the moon, that’s still such a major event. ... We really wanted to honor Mr. Armstrong and do it in a fun way to get people involved.”

For more information about the Summer Moon Festival and a full schedule of events, visit firstonthemoon.org or summermoonfestival.com.