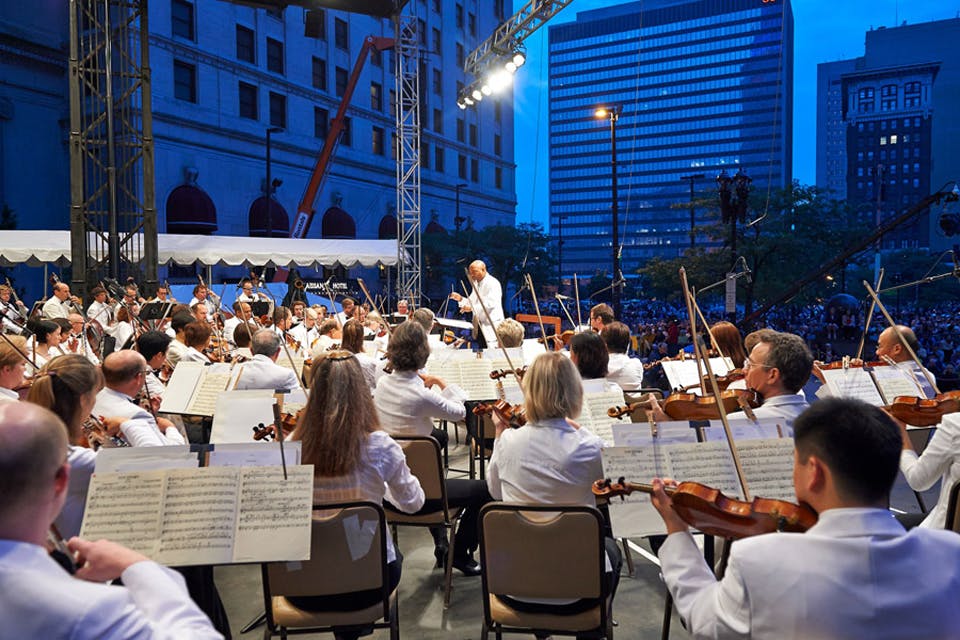 Summer in the City

Historic neighborhoods, downtown streets and the Lake Erie will help you rediscover Cleveland.

Each summer, the Cleveland Orchestra celebrates Independence Day with a free public concert in the middle of downtown. “For almost 100 years now, the Cleveland Orchestra has been consistently considered one of the world’s greatest orchestras,” says Loras John Schissel, who will conduct this year’s 25th annual free concert. “[It] is sort of a gift from the musicians of the orchestra to the people of Cleveland.” This year’s program will include beloved patriotic and military standards as well as composer John Williams’ “Superman” March to pay tribute to the Man of Steel’s Cleveland roots. Tchaikovsky’s “1812” Overture and a fireworks display will cap off the night. Free; Public Square, 216/231-1111, clevelandorchestra.com 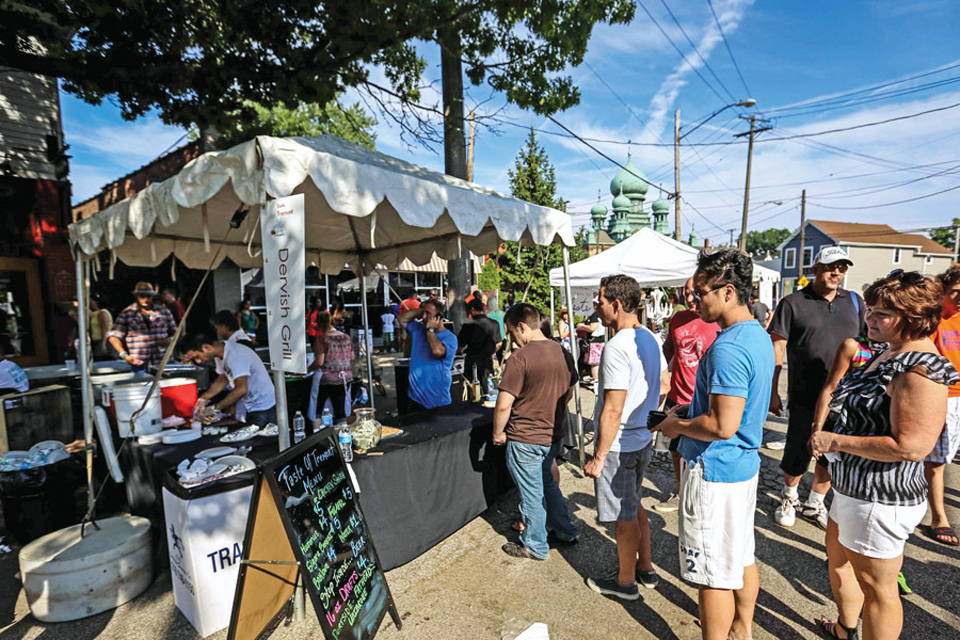 Visitors flock to Taste of Tremont to sample the area's culinary offerings.

Every July, crowds gather at the mouth of the Cuyahoga River not only to grab an offseason pint of Great Lakes Brewing Co. Christmas Ale but also to commemorate the 1969 river fire that catapulted Cleveland into the national headlines and helped launch the environmental movement. “That was truly the turning point of our awareness as a nation of the issues surrounding water quality and conservation and protecting our freshwater resources,” says Gretchen Faro, executive director of the Burning River Foundation. This year’s 14th annual festival is expected to draw more than 7,000 to Whiskey Island and will feature Earth-friendly exhibitors, food trucks and three stages of live music. Visit website for ticket information; 6616 W. Memorial Shoreway, burningriverfoundation.org

The Warehouse District is getting creative for its 10th annual street festival. Large shipping containers once used to transport goods will be repurposed as pop-up retail spaces, and attendees can check out the area’s historic buildings by way of free architectural walking tours. “We’re utilizing the street as a backdrop and bringing people in to explore it and see it, so it builds this sense of community,” explains Kelly Lange, the Warehouse District’s program director. Food vendors and the sixth annual Cutest Dog Contest and Fashion show are also on tap. More than 30 dogs of various breeds and sizes will walk the red carpet in some of the latest man’s-best-friend fashions. West Sixth Street, 216/344-3937, warehousedistrict.org 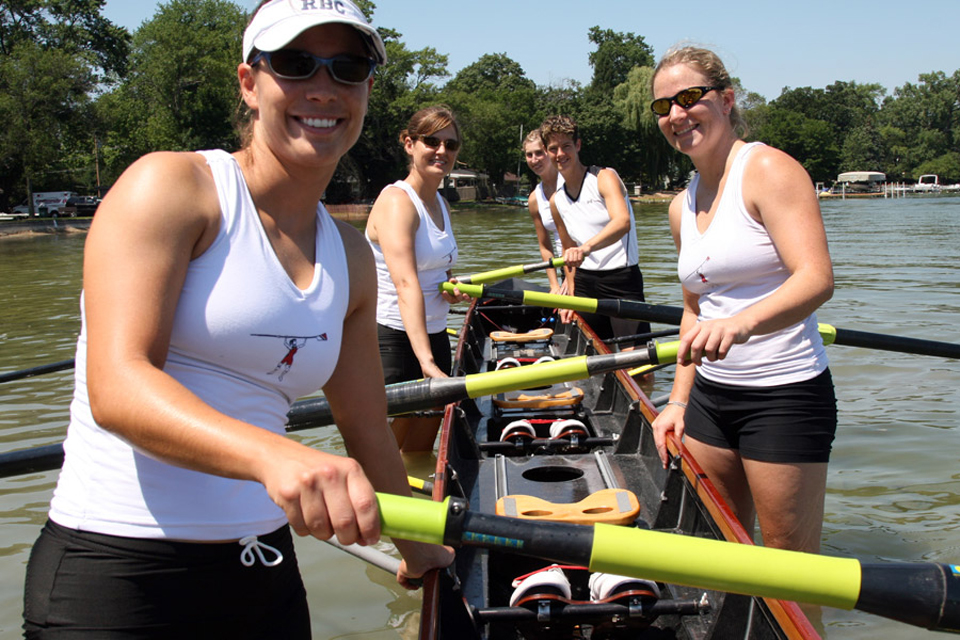 More than 8,000 athletes representing nearly 40 countries will travel to Cleveland for the 2014 Gay Games, which will feature competitive events ranging from soccer and golf to ballroom dancing and sailing. “The Federation of Gay Games felt that the time was right to have these games held in a region that is not thought of as an LGBT tourist destination and hot spot,” explains executive director Tom Nobbe. “This is a chance to really have the games become a catalyst to change hearts and minds about the LGBT community.” Downtown’s Mall C will host the Festival Village where visitors can enjoy a variety of musical performances throughout the week. Many events are free but some require tickets; 216/479-6470, 2014gaygames.com 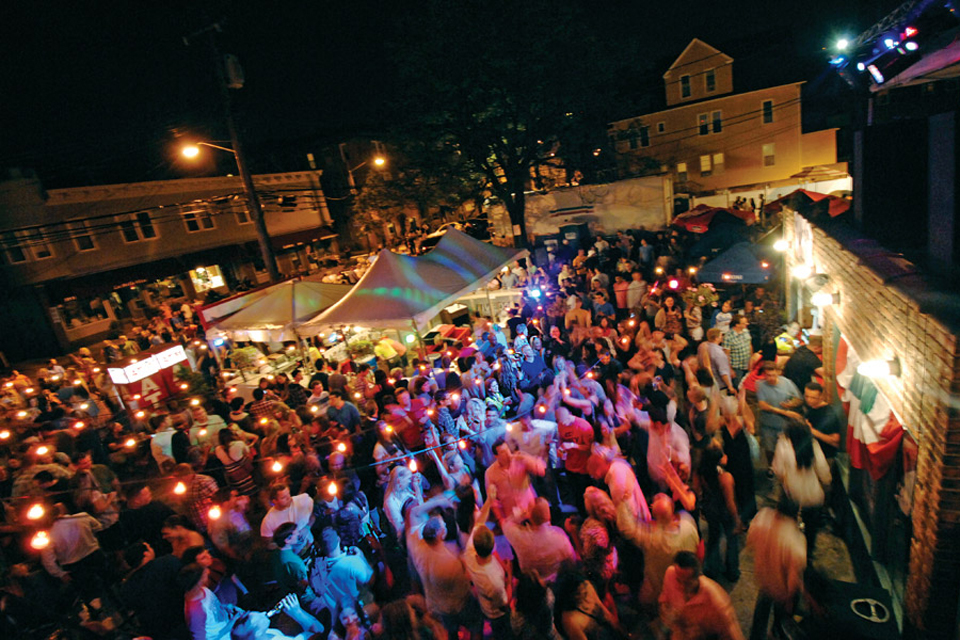 The Feast of the Assumption draws crowds looking to enjoy pizza, pasta and prayer in the Little Italy neighborhood.

Feast of the Assumption

This four-day Roman Catholic festival full of pasta, pizza and prayer immerses visitors in the Italian culture of the city’s Little Italy neighborhood. “What sets this festival apart is its longstanding tradition,” explains the Rev. Joseph Previte, pastor at Holy Rosary Church and event coordinator for the 116th festival. “It was a very big celebration in parts of Italy where the people who settled in this area came from, and they continued [it].” Friday morning Mass is followed by a procession through the streets honoring the Blessed Mother’s assumption into heaven. Booths serving traditional Italian cuisine from the neighborhood will delight visitors all weekend. 12021 Mayfield Rd., 216/421-2995, holy-rosary.org

Food & Fun
Grab lunch, listen to some music and kick back at one of these regularly scheduled summer pop-up events hosted by the Downtown Cleveland Alliance. For more information about any of these events, visit downtowncleveland.com.

Pop-Up Party at the Plaza: Perk Plaza is the site of an after-work party with live music, a beer and wine garden and more every third Thursday through September. 5–8 p.m.; Walnut Avenue and East 12th Street

Lunch by the Lake: Food trucks flock to East Ninth Street, next to the Rock and Roll Hall of Fame and Museum, every Thursday through September. Noon–2 p.m., East 9th Street Pier