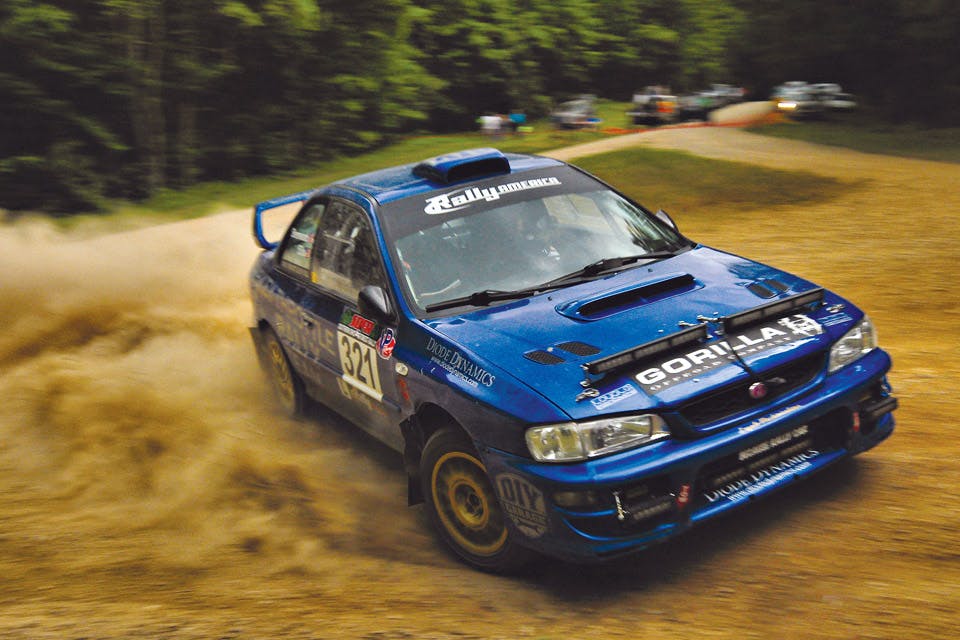 We check in with race chairman Jeremiah Johnson to find out how you can witness the fast and furious two-day event.

May 2018
BY Jim Vickers | Photo by Scott Rains Photography

May 2018
BY Jim Vickers | Photo by Scott Rains Photography

Don’t feel bad if you aren’t familiar with rally racing. Outside the United States, such events can draw tens of thousands of spectators, but here they fall behind NASCAR, IndyCar and drag racing when it comes to watching speeding vehicles.

“Pretty much anywhere in the world except for the United States, rally is huge,” says Jeremiah Johnson, chairman of the Southern Ohio Forest Rally, which returns May 18 and 19. “In Argentina, their average spectator count is upwards of a million people. We were huge last year at 5,000 people. That’s a lot of people for a U.S. event.”

Rally cars race through stages on closed roads, proceeding individually and timed on how long it takes to complete each stage. The car that has the shortest time at the end of the two-day event claims the trophy and bragging rights. Along the way, each driver is linked by headset with a passenger who has race-supplied notes on the course.

Vehicles must have an approved roll cage, properly rated seats and seat belts and a fire extinguisher, while the driver and passenger have to wear a fire suit, helmet and head restraint. Other than that, rally vehicles are the same ones you might see driving down your street.

“You could run a Lamborghini, you could run a Hyundai Elantra,” says Johnson, “anything that’s a production vehicle here in the United States.”

The Southern Ohio Forest Rally races on roads that cut through the forests of Vinton, Ross and Hocking counties. Although the course was still being finalized when we talked with Johnson, the 2017 race featured 23 stages covering 115 miles, with 60 cars taking part.

Race events are free to spectators (except for a $5 Saturday night postrace gathering) and each day begins with fans getting the chance to talk with drivers and look at their cars. There are also areas set up throughout the rally course, where spectators can watch the racers speed by in excess of 100 miles per hour.

“When you see some of these cars go by, it’s crazy the amount of control,” Johnson says, adding that rally racing is an all-weather event. “It’s not like we call the rally because there’s a storm coming. We just say, ‘It’s going to rain. Use your wipers.’ ”

Visit southernohioforestrally.com for a full schedule and more information.