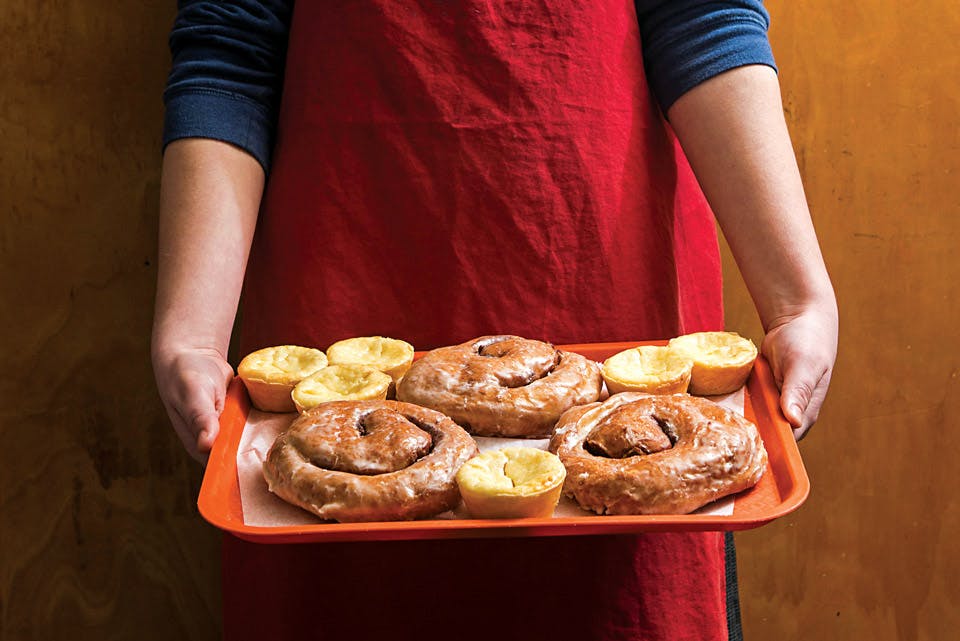 Sample a range of old-fashioned and handmade treats at these Amish Country spots.

“No, we don’t have any new bakery items,” Ada Miller proudly proclaims. That’s good news for loyal customers who travel from near and far to pick up familiar favorites at this tucked-away Holmes County spot.

The Millers founded the business at their family home in 1967, initially selling handmade noodles. The bakery opened at its present location in 1978, and its breads and desserts are still born of gas ovens, nonelectric baking equipment and the talents of Amish women who bake every day except Sunday. 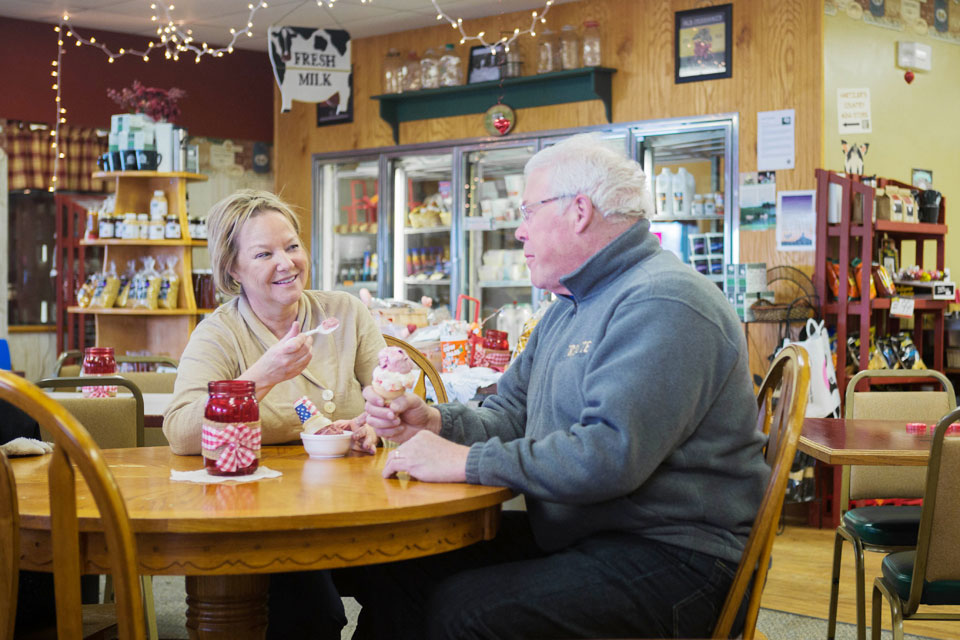 You have to love the names of the flavors at Hartzler’s Ice Cream Shoppe: Chicken Feed, Blushing Bessie and Trip to the Dentist.

This Wayne County favorite opened in 1996, but the family dairy reaches back to the 1930s and remains true to farmer Harold Hartzler’s conviction of natural food production. Milk comes from about 280 local Holstein and Jersey cows, which are not fed growth hormones and graze in natural pastures devoid of chemical fertilizers or pesticides.

“We are the only dairy in Ohio that uses a low-temperature, vat-pasteurization method that eliminates harmful bacteria but leaves the good ones,” explains shop manager Jill Hartzler. “We make a richer ice cream than most because ours contains 14 percent fat, and it’s not overprocessed,” she adds. “It is all hand stirred.” 5454 Cleveland Rd., Wooster 44691, 330/345-8190, hartzlerdairy.com 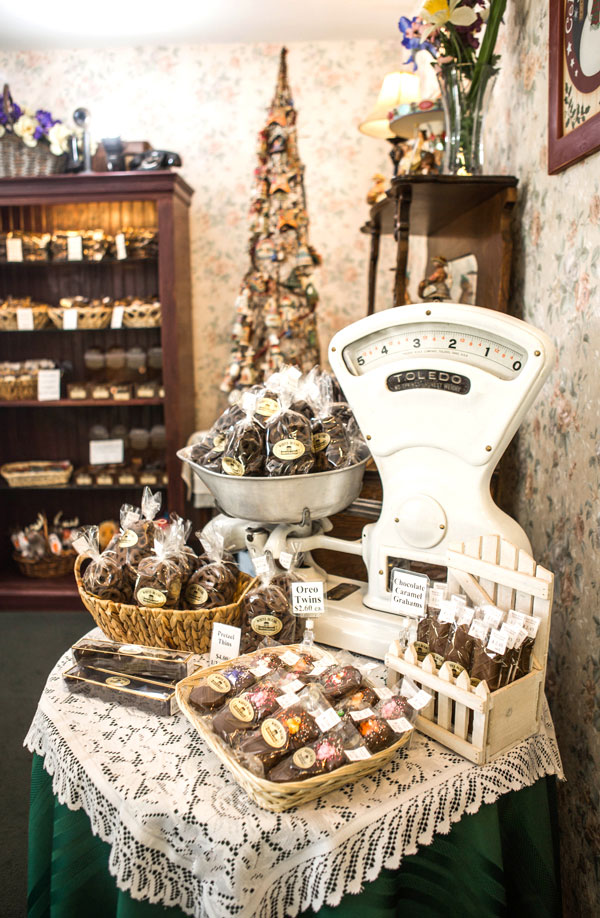 The big white house on the hill has been a Geauga County landmark ever since it was built in the early 1900s. It earned another claim to fame in 2008, when Ken and Debbie Butler moved their boutique chocolate company into the iconic home. “So, of course, we had to call it White House Chocolates,” says Debbie.

The Butlers, who have been selling sweets since 1997, use the property’s converted red barn for chocolate production, making most of their candy on-site. The couple’s charming retail store is decorated in an early 20th-century style, with floral wallpaper, lace tablecloths and flowing, white curtains — a perfect backdrop for its array of chocolate turtles, nut clusters, truffles, toffee and fudge in several flavors, as well as novelties such as chocolate-covered pretzel rods and peanut butter bears. The Butlers do not sell online or ship, preferring to make their shop a destination.

“Every day our employees take an inventory. We replace only what we need,” says Ken Butler. “I don’t have 1,000 pieces of something sitting around that have to be sold. The freshness of the chocolate is most important.” 14607 Kinsman Rd., Middlefield 44062, 440/834-3133, whitehousechocolates.com 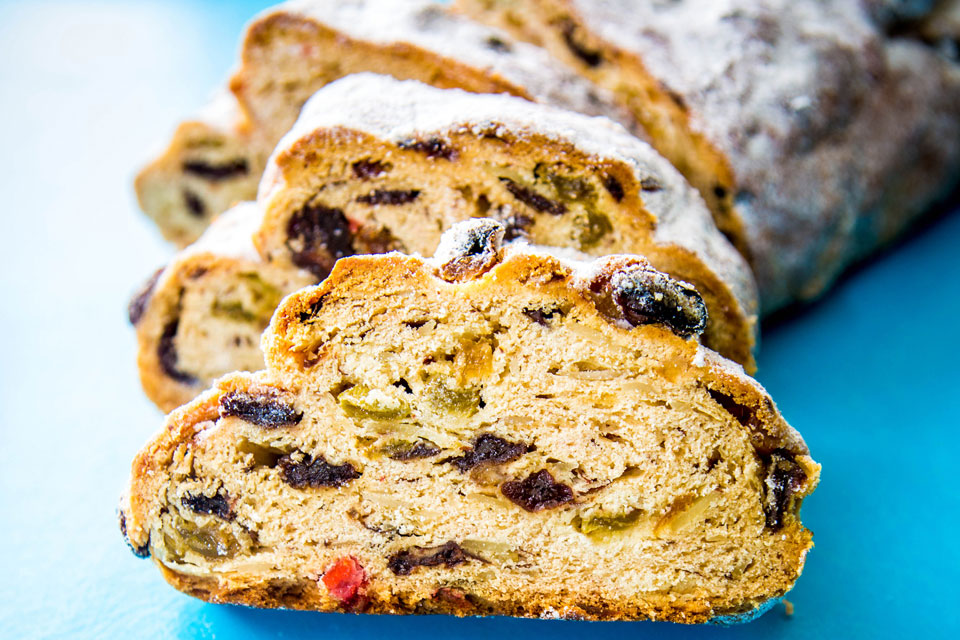 The German fruitcake is made on-site with imported ingredients, and it is a vast departure from the bland cake its name conjures. Springerle cookies aren’t made at Kauffman’s, but come from a tiny Ohio bakery that still uses vintage wooden molds to create embossed images of pastoral or romantic scenes.

“The recipe originated in Switzerland and Germany,” says Kauffman. “You have to dunk the cookies in coffee or tea because they are very hard. The original ones have an anise taste, and the orange-flavored ones are especially good in tea.” 4357 U.S. 62, Millersburg 44654, 330/893-2129, kauffmanscountrybakery.com 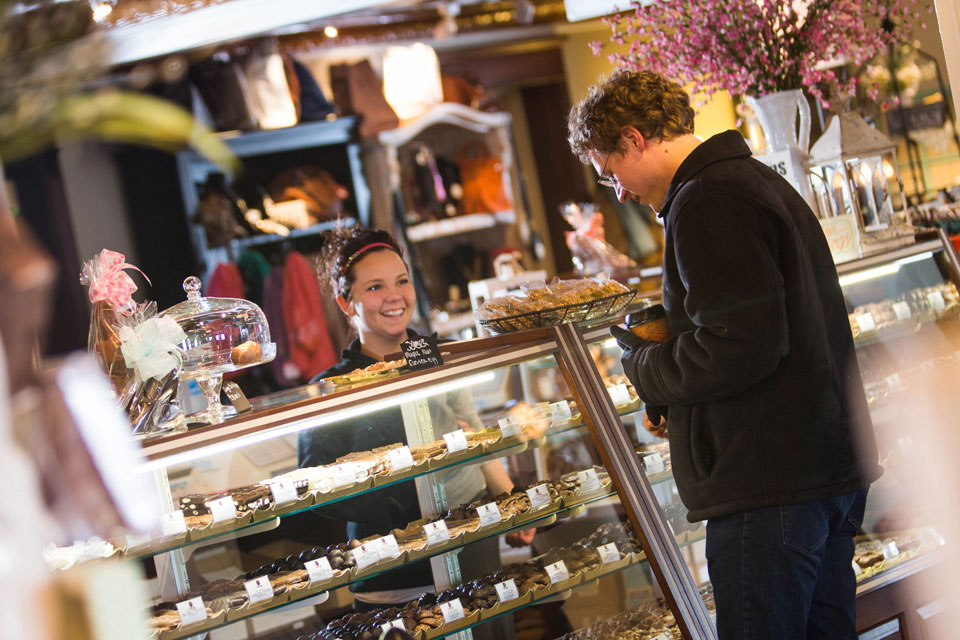 So, Cinderella had a glass slipper. Big deal. At Coblentz Chocolate Co. you can buy an almost-life-size chocolate high-heel shoe in different colors and adorned with various decorations.

“The shoes are really fun. They are popular all year round,” says owner Jason Coblentz, who founded the candy store with his wife, Mary, in 1987. At the time, the couple lived with their two children upstairs in what was then a private residence. The small company had just 30 kinds of candy and three employees.

Today, Coblentz Chocolate Co. has a large and beautiful store with a viewing area where customers can watch Amish women make sweets and an in-store playground for kids. The shop offers 125 different premium chocolates, such as sea salt caramel and English toffee, alongside sugar-free candies, fudge, caramel corn, jelly beans and more. Decadent truffles sell for $22.95 per pound and include champagne, margarita and Italian espresso flavors.