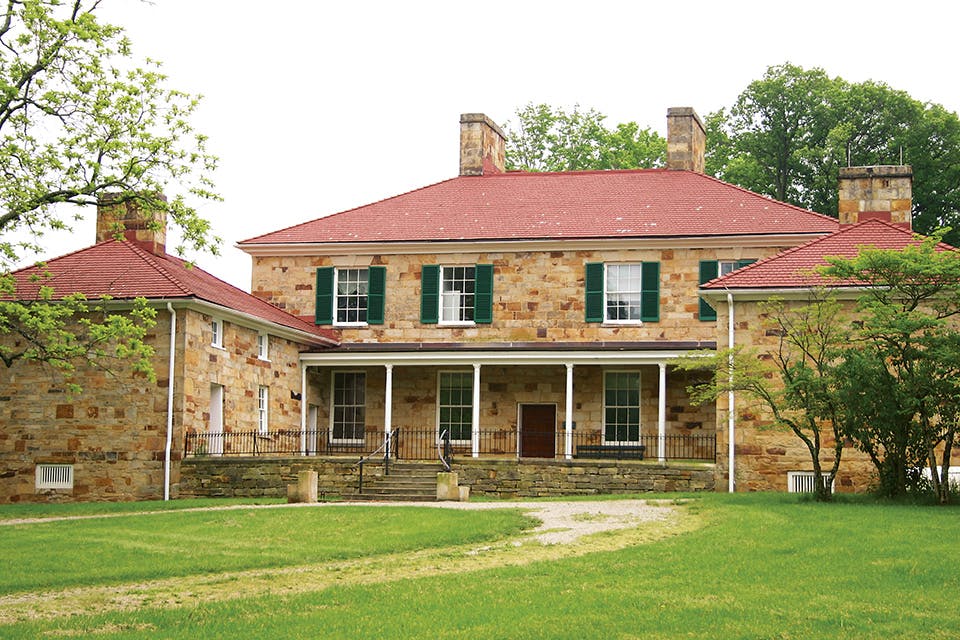 The vista immortalized on Ohio’s official seal was inspired by a real place in Chillicothe, our state’s first capital.

For more than 200 years, shimmering rays of sunlight emerging from behind the Mount Logan range have provided an eye-catching focal point for the Great Seal of Ohio.

Visitors to the Adena Mansion and Gardens in Ohio’s original capital city of Chillicothe can feast their eyes on the same view that inspired the state’s Founding Fathers more than two centuries ago.

Executive director Kathy Styer said that while the 1807 stone mansion was built for the Father of Ohio statehood, Thomas Worthington, it was preceded on the property by a log cabin structure.

“Legend has it that they had spent all night working on the constitution for the new state of Ohio,” Styer says. “When they woke up, the sun was coming up and that was the inspiration of the Great Seal.”

The Adena Mansion remained in private hands until it was donated to the state in 1946. The home and gardens are currently open for tours April through October. 847 Adena Rd., Chillicothe 45601, 800/319-7248, adenamansion.com