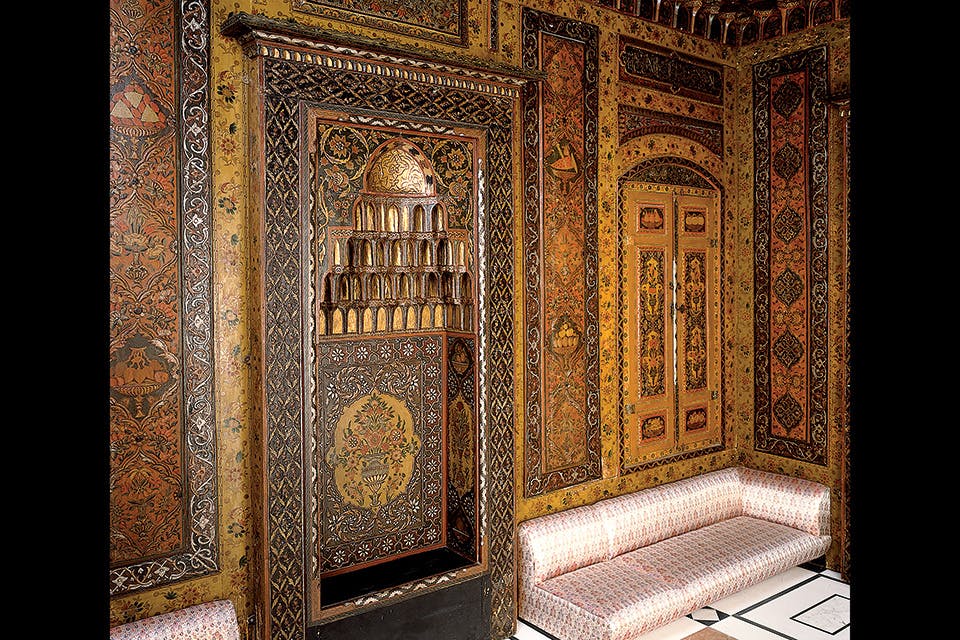 The Cincinnati Art Museum houses an ornate room that Andrew N. Jergens purchased in 1932 while traveling through the Middle East and had reassembled here.

Stepping into the ornately decorated Damascus Room at the Cincinnati Art Museum is as close to a time machine one could expect to find in southwest Ohio. The authentic 18th-century room, complete with intricate carved paneling and ornately crafted ceiling, showcases an atmosphere rarely seen outside of the former Ottoman Empire.

“It was gifted to the museum in 1966 by Andrew N. Jergens,” says Ainsley Cameron, curator of South Asian art, Islamic art and antiquities at the Cincinnati Art Museum. “Mr. Jergens had actually purchased the room in Damascus while traveling in the Middle East in 1932, and he brought it back to Cincinnati.”

The room is one of only a small handful to be reassembled in the United States by a team of craftsmen specializing in this form of art, Cameron says.

“There was a lot of change and shifts of power in Syria at the time,” she adds. “A lot of noblemen’s houses and palaces were being destroyed just through aspects of industrialization.”

The room, which was actually assembled with pieces from two different rooms, features elements dating from 1711 through the late 18th century.

“It would have been where you would take coffee and tea and greet visitors and guests into your personal space,” Cameron says. “There probably would have been some nice hanging lamps in the space and low furniture to sit on and experience one’s company.”

It is also one of the few Damascus rooms in the nation that museum guests can actually set foot inside.

“I think part of what is so exciting about it is the immersive experience of it,” Cameron says. “The fact that you can walk into it, you can be surrounded by this beautiful, beautiful craftsmanship. It really is a sort of a portal to another place and time.” 953 Eden Park Dr., Cincinnati 45202, 513/721-2787, cincinnatiartmuseum.org